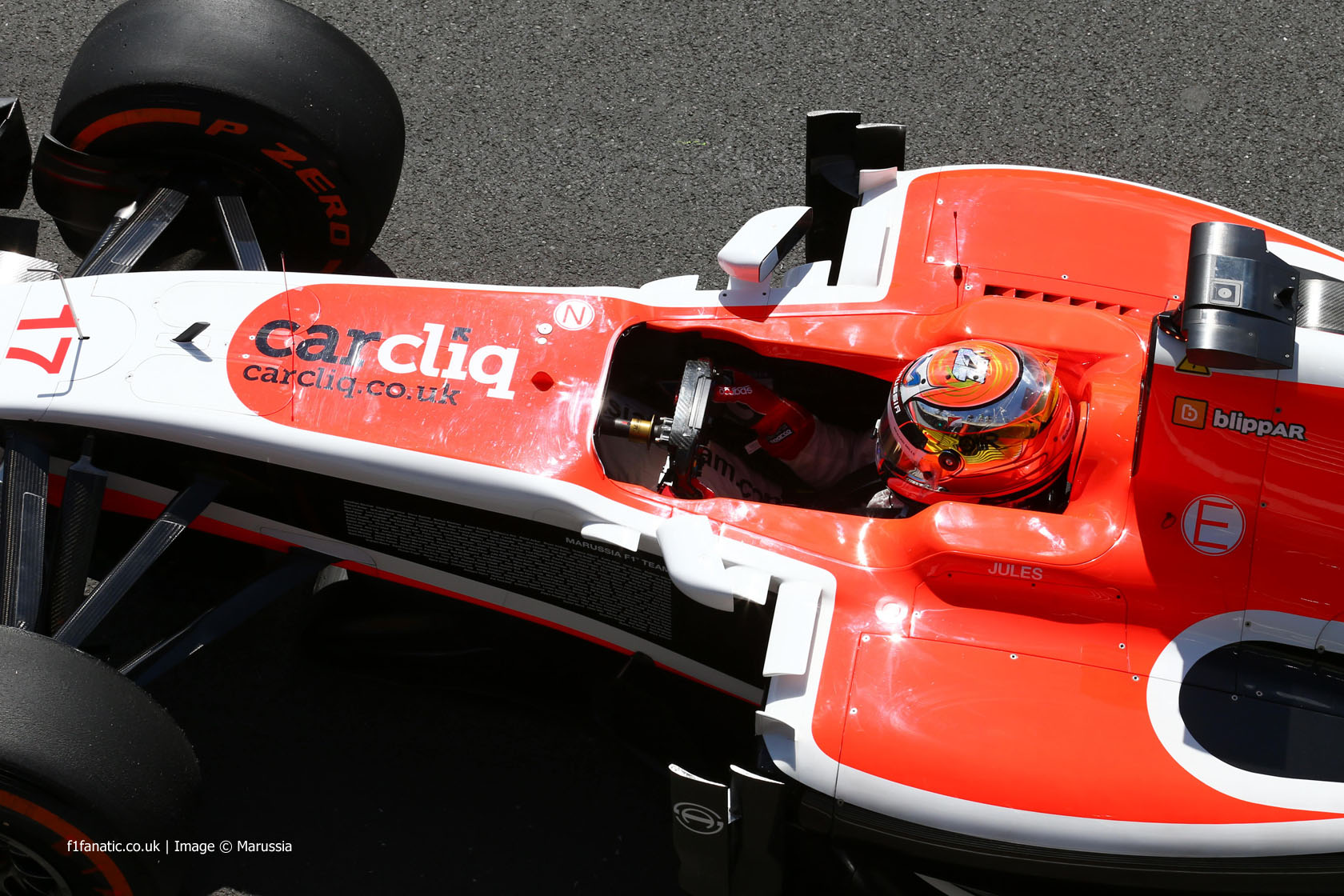 Jules Bianchi said he was capable of lapping quicker in qualifying despite claiming the highest ever qualifying position for Marussia.

Bianchi will start from 12th position after claiming a place in Q2 during the rain-hot qualifying hour.

“After our first points in Monaco, it’s great that we have now achieved the team’s best ever qualifying result,” he said.

“Today’s situation was not easy and so this result is down to a combination of great strategy, judging the changing conditions to perfection and then just making the most of the windows we had out on the track when the conditions were right for the tyres.

“It was a real gamble, but we had everything to gain from taking some risks, so for the last run we put the slicks on even though the track was right at the limit.”

Bianchi lost his final attempt to improve after Esteban Gutierrez crashed at Luffied.

“I had a really good lap and then the yellow flags came out for Gutierrez’s spin,” he said. “Had we not encountered these I could have improved for sure and who knows what might have happened then.”

His team mate Max Chilton qualified 13th but will start 18th after being given a five-place penalty for a gearbox change.