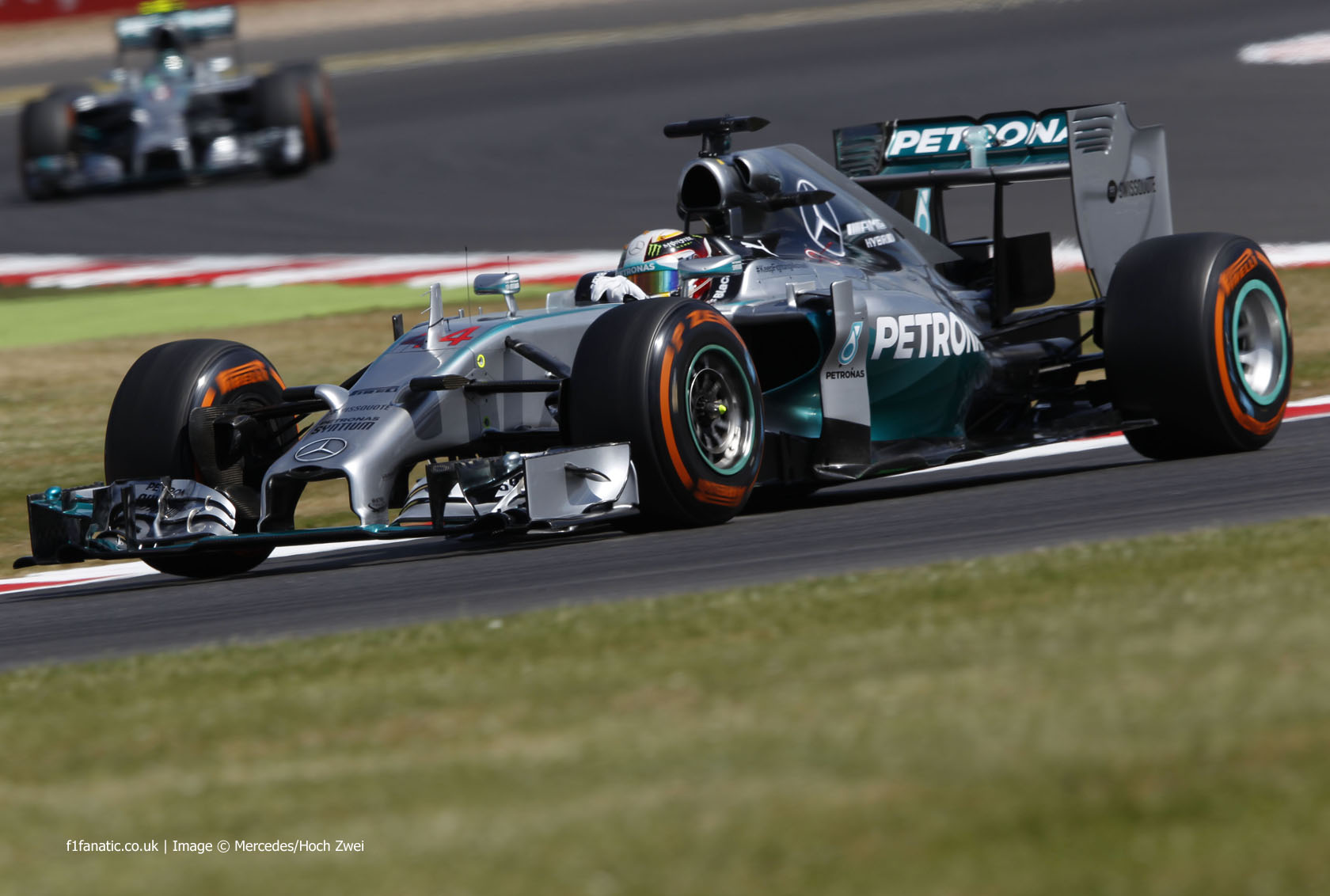 Lewis Hamilton set the fastest lap of the British Grand Prix during the middle of the race while he was chasing down race leader Nico Rosberg.

But would Hamilton have been able to catch his team mate had it not been for gearbox problem?

Hamilton had a clear edge on Rosberg during their first stint on medium tyres, consistently taking around three tenths of a second out of his team mate. His margin was even greater after he made his first pit stop and switched to the hard tyre, gaining over a second per lap on the other Mercedes.

But Rosberg’s gearbox problem had begun much earlier. He reported a problem with his down-shift initially, and according to his team it then cleared up for around ten laps. Then the problem returned, this time on the up-shifts, and proved impossible to fix.

It’s likely that when Hamilton was making his biggest gains on Rosberg than was largely down to the problem which had struck the other Mercedes.

However Hamilton had a clear underlying pace advantage. Had he been able to go the distance on his second set of tyres it’s likely he would have been able to stay within range of Rosberg to get again. And even if not, by being able to finish the race on medium tyres he would have stood a fair chance of jumping Rosberg in the pits or passing him on-track.

Unfortunately we never got to see how this particular battle would have been resolved. But as Mercedes continue to enjoy a substantial performance advantage – Hamilton’s best lap was over two seconds faster than anyone else had managed at the time he set it – there will surely be more of those to savour this year.