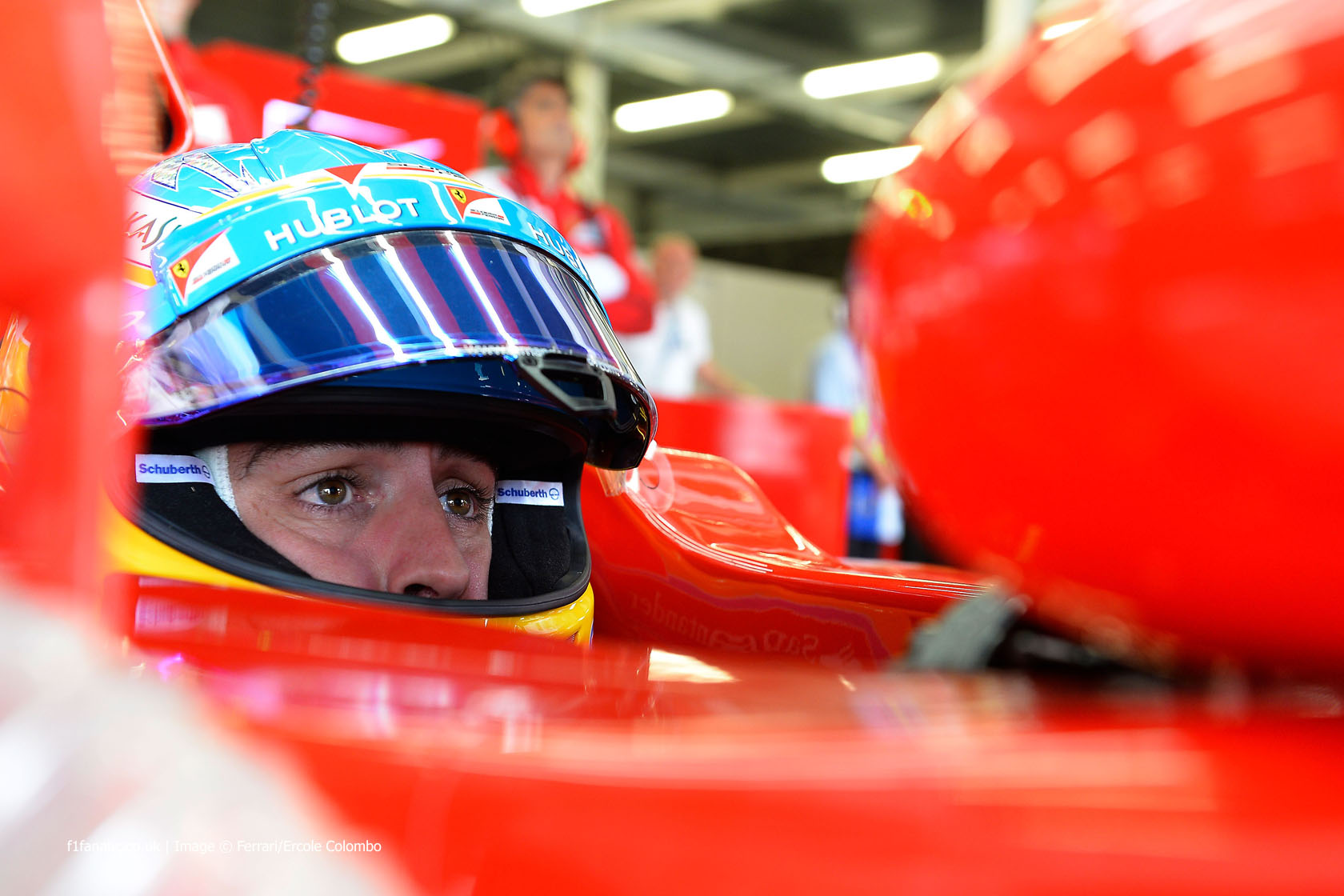 Fernando Alonso and Sebastian Vettel complained about each other’s driving during and after an intense fight for fifth place.

Vettel made several attempts to pass the Ferrari during which time both repeatedly claimed that the other had exceeded track limits on the circuit to gain an advantage.

The Red Bull driver also accused Alonso of leaving him too little space when the pair went side-by-side into Brooklands on more than one occasion.

“It felt very close inside [the cockpit],” Vettel told reporters afterwards. “A couple of times maybe too close.”

“Obviously got a bit silly when we both started to complain, I think, about the other car going off-track. But I don’t think the people care too much whether the car is half a metre further to the left or right at some exits of the corner.

“I knew when I got the message that I should respect the limits that he was complaining because that’s the sort of thing that he tends to do. So I decided to do the same thing. I don’t know who won in terms of keeping the list, maybe we need to ask the stewards.

“I was tight I think twice, it was a bit too harsh I think into turn six, if I don’t back out of it then we crash, because I could stay on the track and with me there he couldn’t make the corner so… yeah and the other hand you know it’s tough when your racing, it will be hard.”

Alonso, who was warned about exceeding track limits earlier in the race, complained furiously on the radio after he’d been passed by Vettel, insisting the Red Bull driver had done so because he had been able to use DRS because he had gone off the track at the final corner.

Afterwards Alonso said, “obviously there was a lot of adrenaline in the moment,” and said he had been coping with several problems in his Ferrari.

“Unfortunately we had the battle in the wrong moment of the race, probably. We had even discussed with the team two laps before the battle when Sebastian went out of the pit if we retire the car because we had some aerodynamic problems.

“But the laps was going on and on and he stayed behind and yeah at the end one lap before or one lap later he will overtake us anyway. The track limit was just some kind of thing to keep the team busy I think he was complaining about me, I was complaining about him, that was funny from the outside.”