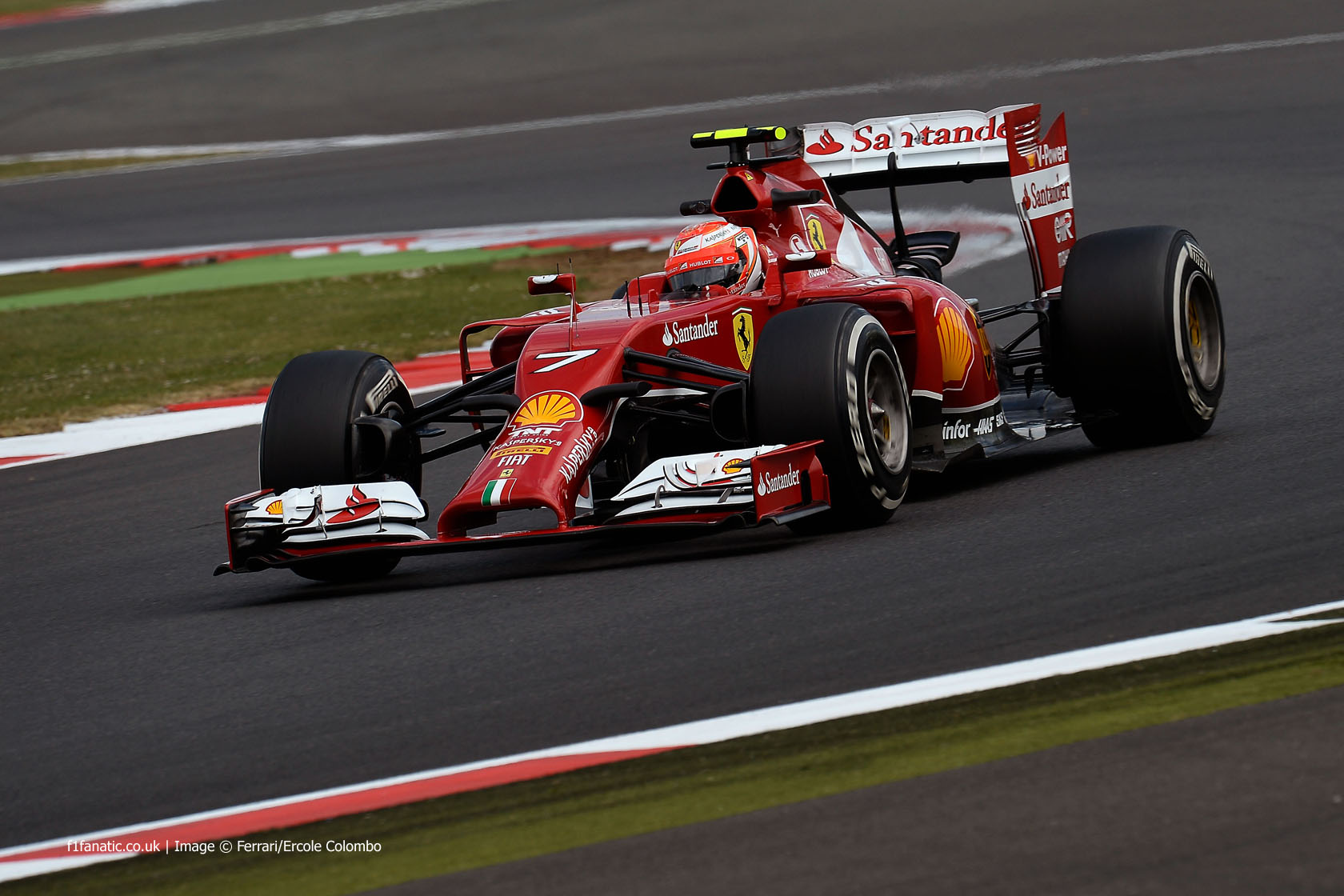 A heavy crash for Kimi Raikkonen forced the stoppage of the British Grand Prix on the first lap.

The Ferrari driver suffered a frontal impact with the barrier at the bridge on the Brooklands straight.

He had run wide at the preceding corner and rejoined the track further down the Wellington straight. Raikkonen lost control of his car and spun sideways into the barrier.

The Ferrari driver was hit by Felipe Massa who was unsighted behind Kamui Kobayashi’s Caterham. The Williams driver spunt his car as he tried to avoid Raikkonen.

Kobayshi said: “I saw Kimi make contact, then start coming back across the track. To the right was just debris so i went left but he kept coming and the tarmac started running out so I could only go onto the grass.”

“I was very very close to the barrier and the car was bouncing all over the place, but I just made it through.”

After the crash Raikkonen asked if Massa was alright. The Williams driver has able to driver his car back to the pits.

The race was red-flagged but Raikkonen swiftly climbed out of his car, which sustained heavy damage at the front and rear.

The barrier he hit also sustained heavy damage, and the race was suspended while marshals replaced the damaged panels.