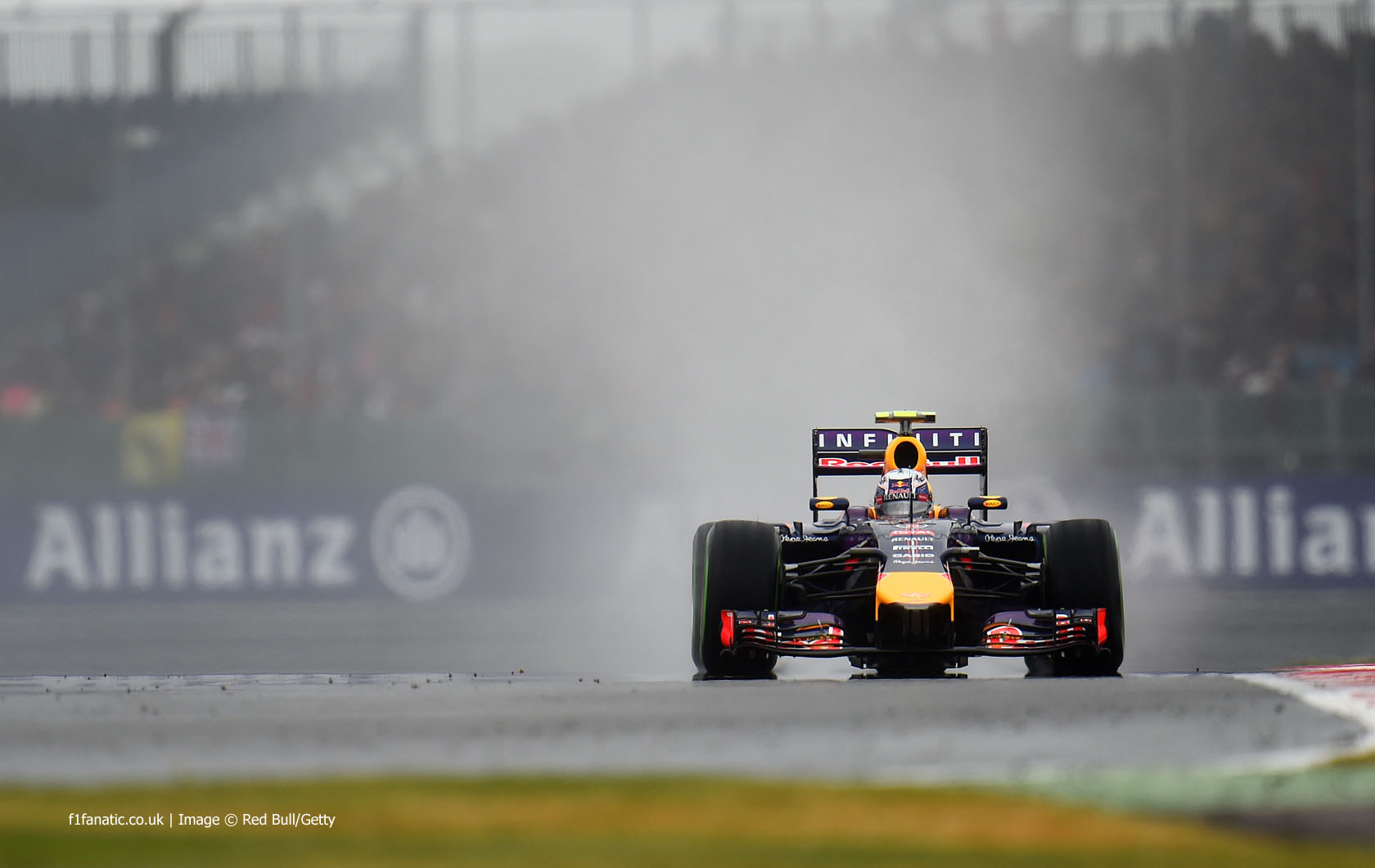 In the round-up: Helmut Marko vows that Red Bull will continue to try and fight Mercedes for this year’s titles until it is mathematically impossible for them to win.

Marko: “Coming back to your question of abandoning the 2014 season, with the chance of double points in Abu Dhabi it is mathematically still on the table for us to win, so we will not give up.”

“Mercedes has agreed to supply Lotus with Formula 1 engines from 2015 in a move that should help the team’s current supplier Renault focus on Red Bull, Autosport has learned. Lotus has been in talks with Mercedes for several weeks following a frustrating start to the 2014 campaign.”

Rosberg: “The task for tomorrow is to extract the maximum out of that situation, as we all know how fast momentum can disappear. But to be honest, I don’t really think about that this is his home race – I just want to win every race that we go to, no matter where.”

Sir Jackie Stewart: “He is a hugely-talented driver. His natural talent is very high, but his head certainly seems to have gone a bit. The single most important thing after God has given you the talent of being a racing driver is mind management. It doesn’t matter how good you are in the car, how much natural talent you have, it has to be managed.”

Rob Smedley: “I take the responsibility. It was fairly simple: we got out too late in the final run and got caught out by the weather. That’s fundamentally what happened today.”

Christian Horner: “Unfortunately we misjudged the conditions at the end of Q3, so apologies to Daniel, he didn’t go again as he had already set a time. With both cars well up the field on a mixed up grid for tomorrow, hopefully we can have a strong race from there.”

Perez: “I feel really ashamed by the way my words have been distorted about the opportunity of racing side by side with a woman. I want to be absolutely clear that my intention was not to offend anybody, and my comment does not reflect a ‘macho’ posture on my behalf. I recognise that my comment, even though it was intended as a joke, was absolutely out of place and also unacceptable.”

His comments were taken completely out of context. Anyway, as my family will tell you, I drive better than I cook! 😉 pic.twitter.com/L73KMVc9GT

I like the Stewards' policy of zero tolerance for running wide off track @SilverstoneUK. Makes Q interesting, with fastest laps deleted. #F1

I made a mistake today, a bad call that decided my qualifying. I'm so sorry to all the amazing fans! I'll push all the way for them tomorrow

Chaotic and unfortunate qualy for us today. Positions 19 and 20 give us a chance tomorrow to risk with nothing to lose! Max push!!

And also, "F1 – The World's Fastest Brand" was the virtual phrase on the exit of the Luffield stand: pic.twitter.com/wwAIUOAJyX

Great Gary Anderson question to @Mansell_Nigel on @f1timingapp: "Are you a fan of DRS or do you like real racing?" #answersinthequestion #F1

Now on stage @AussieGrit talking about how close the pace of #WEC is now to #F1 Says he'd love to see a 2 hr race between the two!

Is Lewis Hamilton truly the quicker of the two Mercedes drivers? After yesterday’s qualifying error, @MazdaChris is not so sure…

Conventional wisdom would suggest that Hamilton should be faster in equal circumstances. Yet he has now been beaten in four consecutive qualifying sessions. I’m saying that the conventional wisdom that Hamilton is the faster driver does not hold up. From the results, it would seem that they are very evenly matched, with the difference coming down to very small variables which happen to have put the momentum Rosberg’s way. But you can’t escape the fact that Rosberg has now beaten Hamilton in four consecutive qualifying sessions. Not what you’d expect from a ‘slower’ driver against a man who is (again, according to conventional wisdom) one of the fastest qualifiers on the grid.
@MazdaChris

With Graham Hill only sixth, Stewart opened up a 20-point lead in the championship.