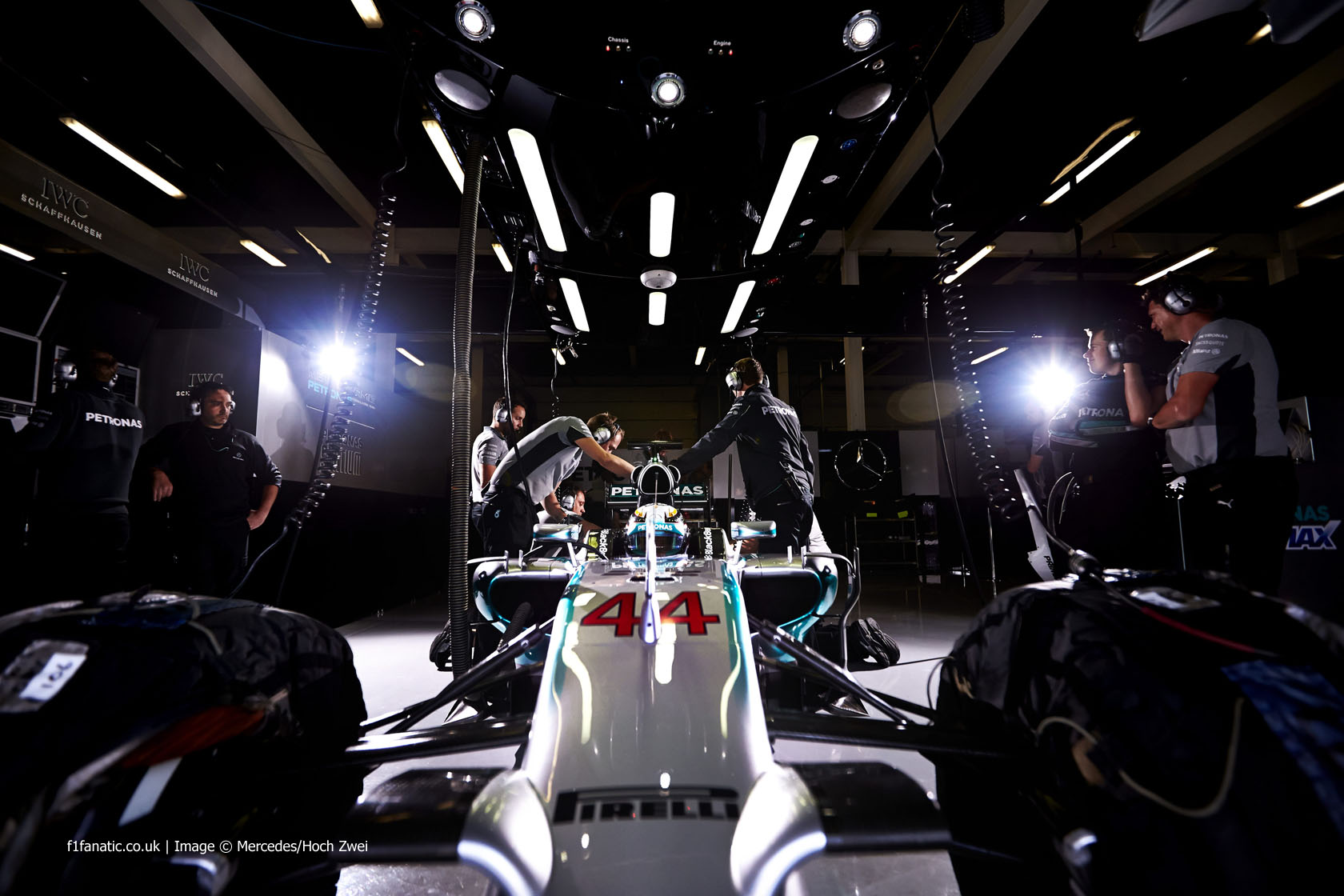 In the round-up: Max Chilton expected a ban on Front Rear Inter-Connected suspension systems would be particularly bad for Mercedes.

“I hear the Mercedes system is very complicated so it could affect them more.”

Eric Boullier: “I think most of the teams, if not all the teams on the grid, are using this kind of suspension system, which connects the vehicle dynamics better. Some teams may have been extreme [with their design], this is maybe why the FIA is questioning the legality of the system.”

“‘At no point did he ever say that he expected that he would remain chief executive,’ [CVC chairman Donald] Mackenzie told the court, his words translated into German by an interpreter.”

“I feel if a tennis player cannot train every day and then suddenly you are thrown into the final of Wimbledon against [Novak] Djokovic, how would you feel?”

Wheels roll at Silverstone on future of F1 tires (CNN)

Pirelli motorsport director Paul Hembery: “From what I’ve seen and heard people seem to quite like the [18-inch wheels] idea. Most people said it looked quite modern – it didn’t look strange.”

Jules Bianchi Q&A: It is always good to drive a Ferrari! (F1)

“Q: You had a good benchmark after driving here over the weekend and yesterday with Marussia – how do the cars compare?
JB: It [the Ferrari] obviously has more downforce here, this we know already. So it is better in the high-speed corners. We cannot really compare because it’s a bit of a different day, the wind was a bit different today, we didn’t really use the same tyres, the same fuel loads, so it is difficult to compare. But what I could feel is that the downforce was higher.”

“When asked whether he was a German as Hamilton was British, Rosberg candidly replied: ‘Not really because I didn’t grow up in Germany, but I consider myself 100 per cent German.'”

“The stewards decided to be lenient, and I think that was the right call because it allowed the racing to continue.”

On 18-inch wheels, here's a radical thought: Let the teams decide if they want to use them based on whether they'll improve performance. #F1

Pirelli’s plan for lower profile tyres has provoked a lot of interested discussion – but it would come at a cost.

The sidewall of the tire acts as a part of the suspension when it flexes and I’m sure that is taken into consideration when the cars are designed. So I don’t think changing to the larger wheel and low profile tyre is as simple as bolting them on, as it will probably require major suspension changes.

So how does this fit into the cost cutting measures?
@Velocityboy

Damon Hill scored a popular home win at Silverstone 20 years ago today while Michael Schumacher landed himself in trouble by overtaking his Williams rival on the formation lap.

The next instalment in F1 Fanatic’s retrospective on the 1994 season will appear later today.