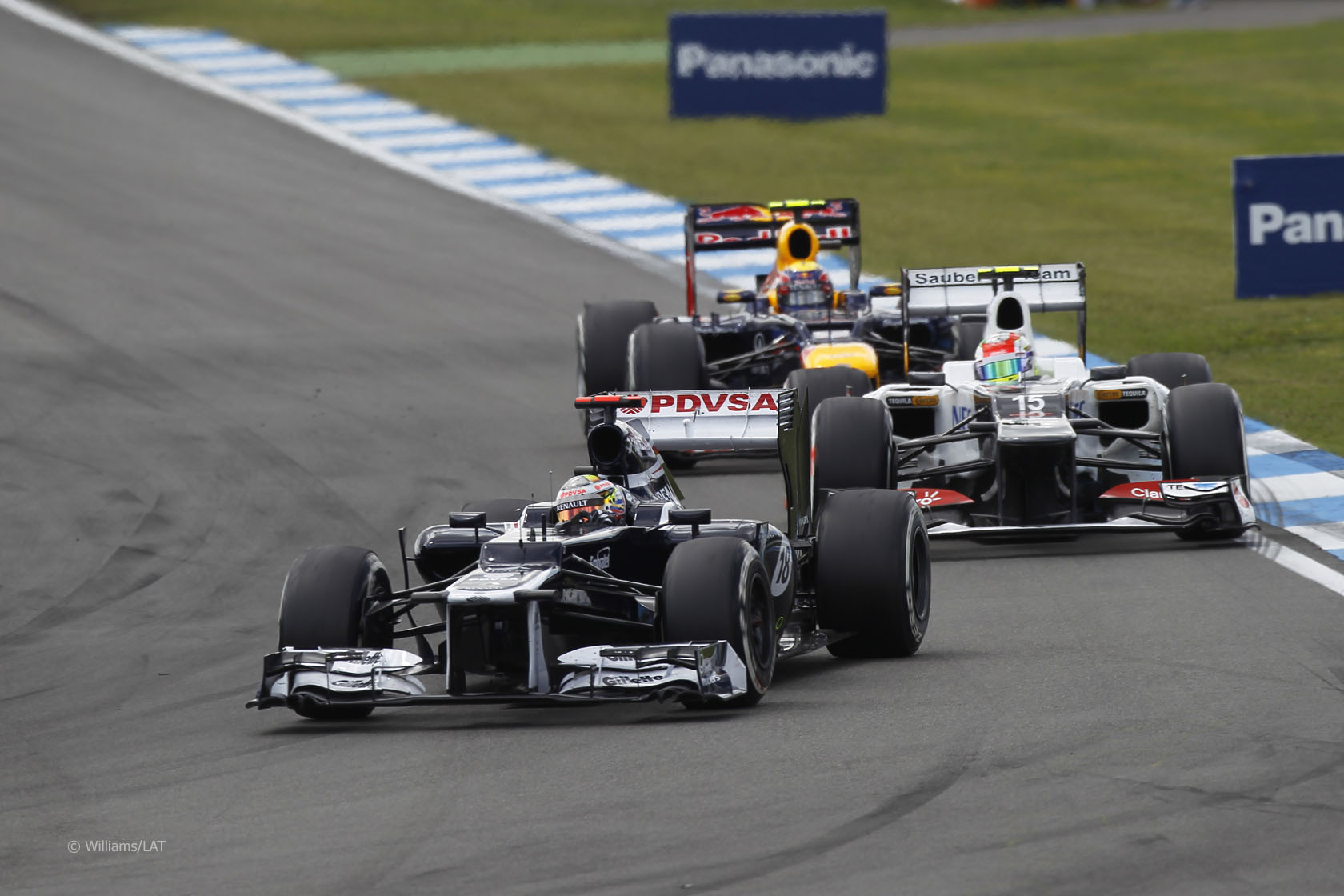 Two DRS zones will be used at the Hockenheimring for the first time this weekend.

As the circuit shares the German Grand Prix with the Nurburgring and hosts it on alternate years, this is only the second time F1 has raced at the track using DRS.

The previous DRS zone on the approach to turn six, the Spitzkehre, is unchanged, with its detection point at the exit of turn four.

A new DRS zone has been added on the preceding straight heading towards turn two. The detection point is on the approach to turn one, with the activation zone shortly after it.

30 comments on “Hockenheimring gets two DRS zones for first time”