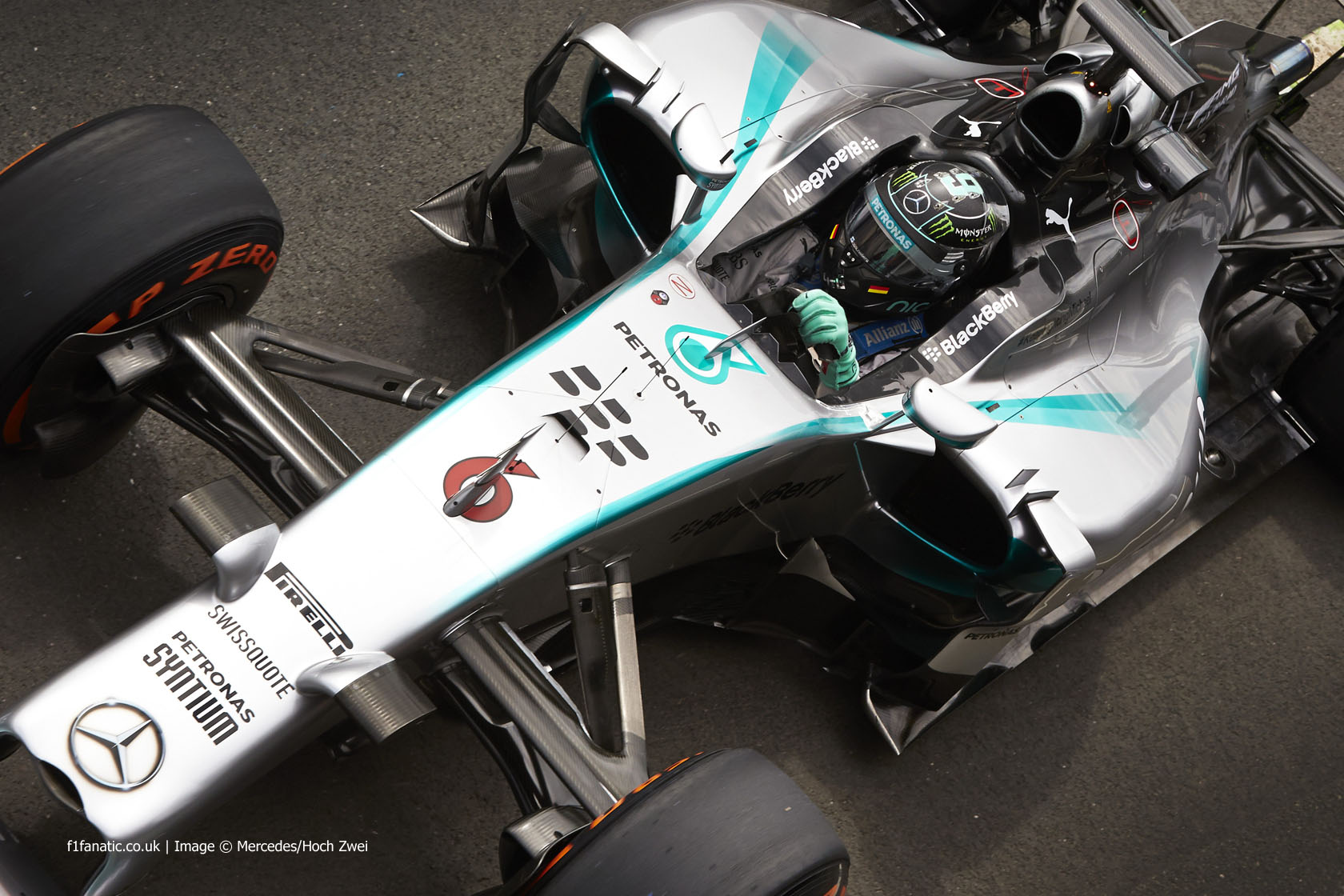 The first practice session for the German Grand Prix ran to its usual 2014 form with the Mercedes drivers on top and Fernando Alonso close behind in the Ferrari.

Nico Rosberg set the fastest time with a best lap of 1’19.131 on a hot morning at the Hockenheimring which saw track temperatures reach 44C.

Team mate Lewis Hamilton was fractionally slower than Rosberg – the pair separated by 0.065 seconds. But on more than one occasion Hamilton, running close behind Rosberg, caught his team mate at the end of the lap and lost time in the final sector as a result.

Hamilton’s final run was disrupted due to technical problem – he reported a loss of power and returned to the pits after a single lap, but did return to the circuit later on.

Alonso was less than three tenths of a second slower than the silver duo, continuing Ferrari’s run of strong Friday performances. But team mate Kimi Raikkonen was delayed by a water pump problem on his car early on.

Among the other drivers experiencing technical problems was Romain Grosjean, whose DRS jammed open on the approach to the Spitzkehre.

Susie Wolff was back at the wheel of the Williams and to begin with it looked as though she was in for a repeat of her Silverstone disappointment. She reported an upshift problem early in the lap and crawled back to the pits. However this time the fault was quickly rectified and she ended the session two-tenths of a second off team mate Felipe Massa.

40 comments on “Mercedes lead Alonso as usual in first practice”