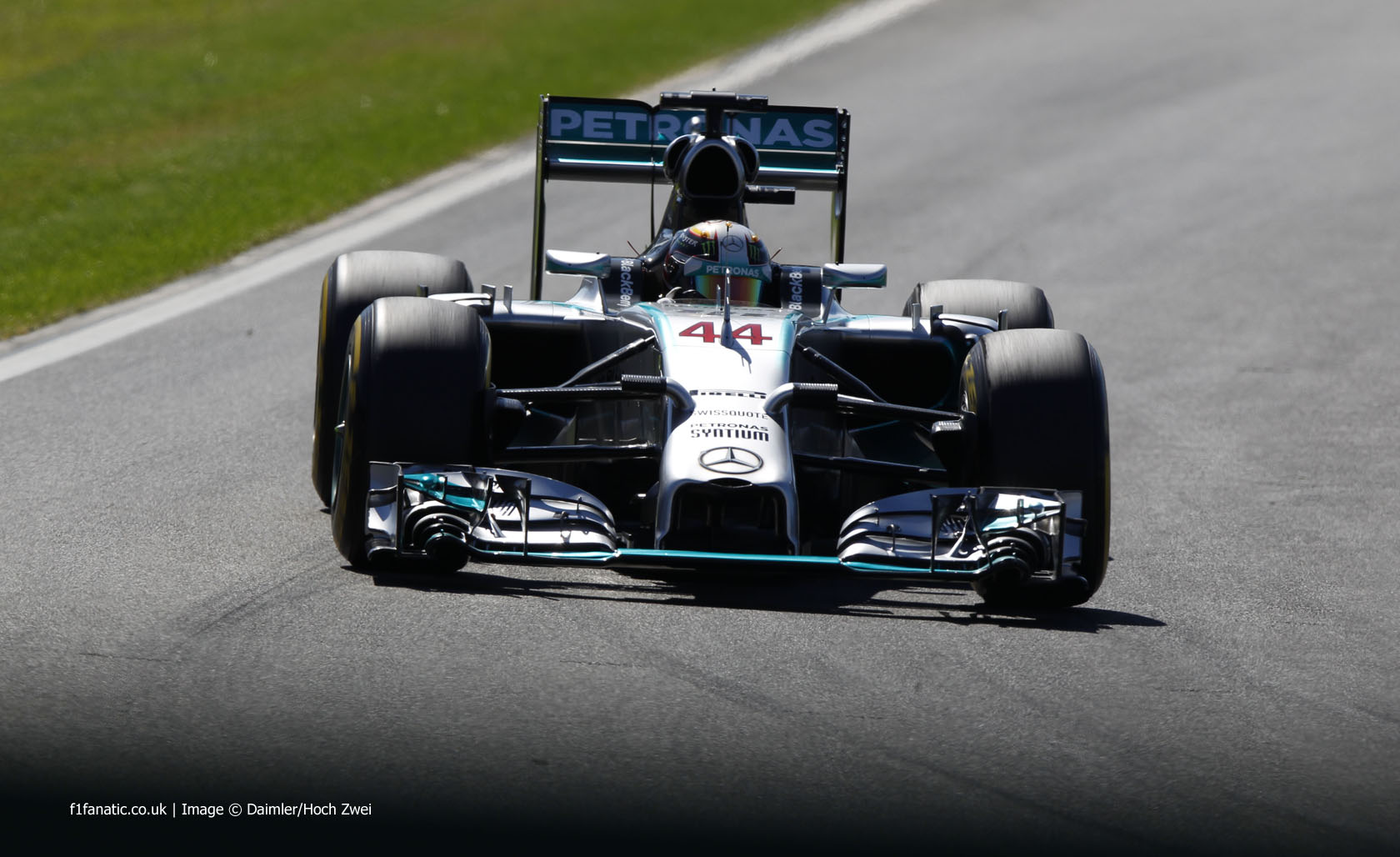 There was nothing to choose between the two Mercedes drivers in the second practice session at the Hockenheimring.

Drivers were repeatedly warned to cool their cars during the 90 minute session. Brakes were a particular concern – Rosberg’s smoking heavily after he pulled up behind Hamilton in the pits at one point.

Both Caterhams suffered technical problems during the session. Marcus Ericsson came to a stop early on and Kamui Kobayashi had a small fire at the rear of his car which required attention from the marshals.

The two Red Bull drivers were urged to cool the left-hand side of their cars through Hockenheim’s fast right-hand turns. But Daniel Ricciardo was able to lap within a tenth of a second of the Mercedes drivers.

Kimi Raikkonen was fourth-quickest for Ferrari followed by a trio of Mercedes-powered cars: Felipe Massa sandwiched by the two McLarens.

26 comments on “Mercedes stay on top at sweltering Hockenheim”