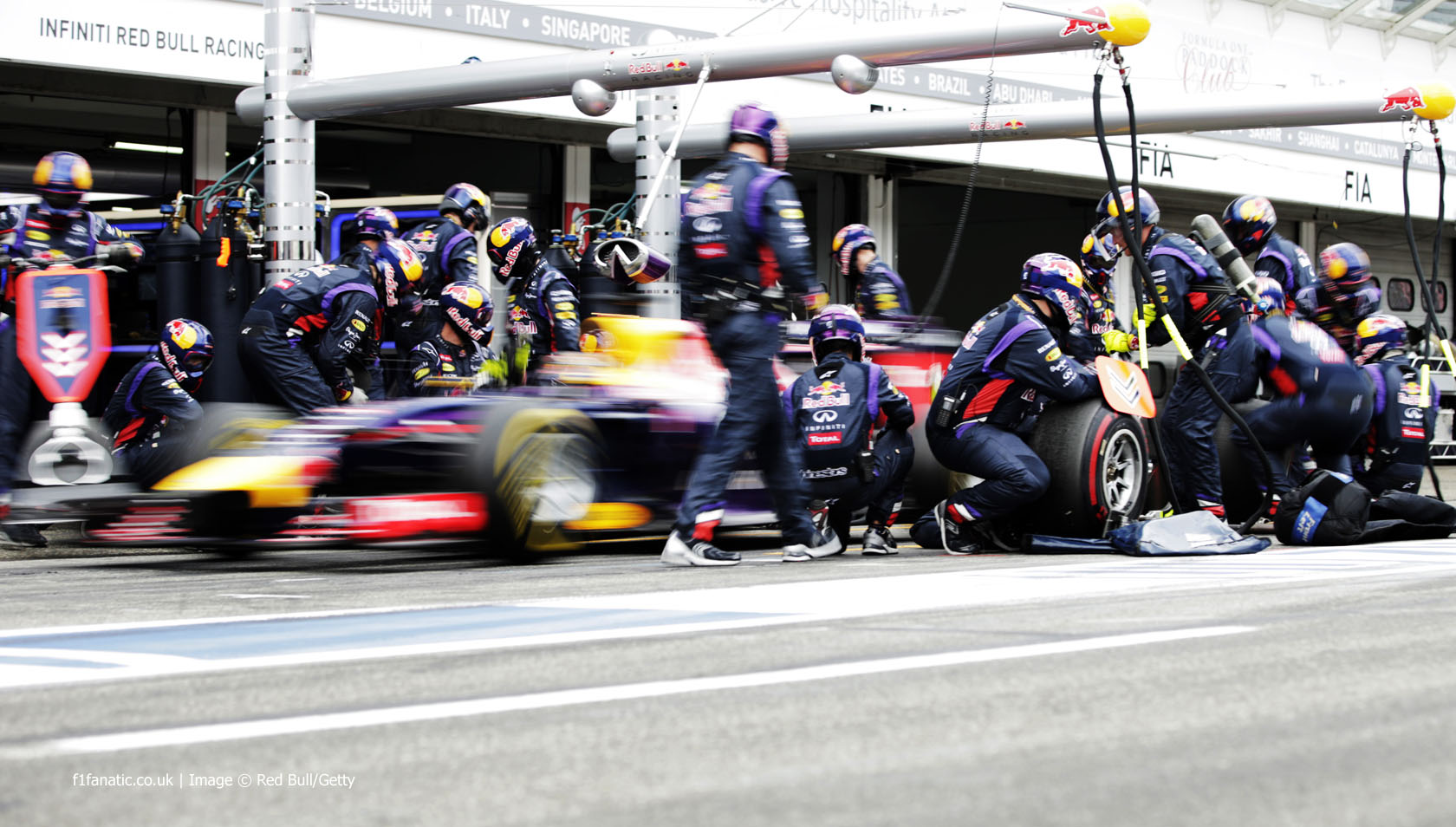 Nico Rosberg made two pit stops on his way to victory in Germany but most of the drivers behind him came into the pits three times.

After two days of sunshine and track temperatures in the high fifties, Sunday brought cloudy conditions and a cooler track which presented teams and drivers with a challenge.

Track temperatures remained high at the Hockenheimring which led to several drivers switching from two- to three-stop strategies.

Among those to be caught out by the high tyre degredation was Jenson Button. He felt his team’s attempt to cover 36 laps – more than half the 62-lap race distance – on a single set of soft tyres was too optimistic. He had to pit for tyres with six laps to go.

After the leading duo of Rosberg and bValtteri Bottas, the only other driver to pit twice and finish in the points was Nico Hulkenberg.

“It was a difficult race and different to what we expected, mainly due to the lower temperatures with the track being 20 degrees cooler than on Friday,” said the Force India driver.

“We were expecting a lot of rear degradation but after a couple of laps it became clear the fronts were the limiting tyres, and that changed the game.”