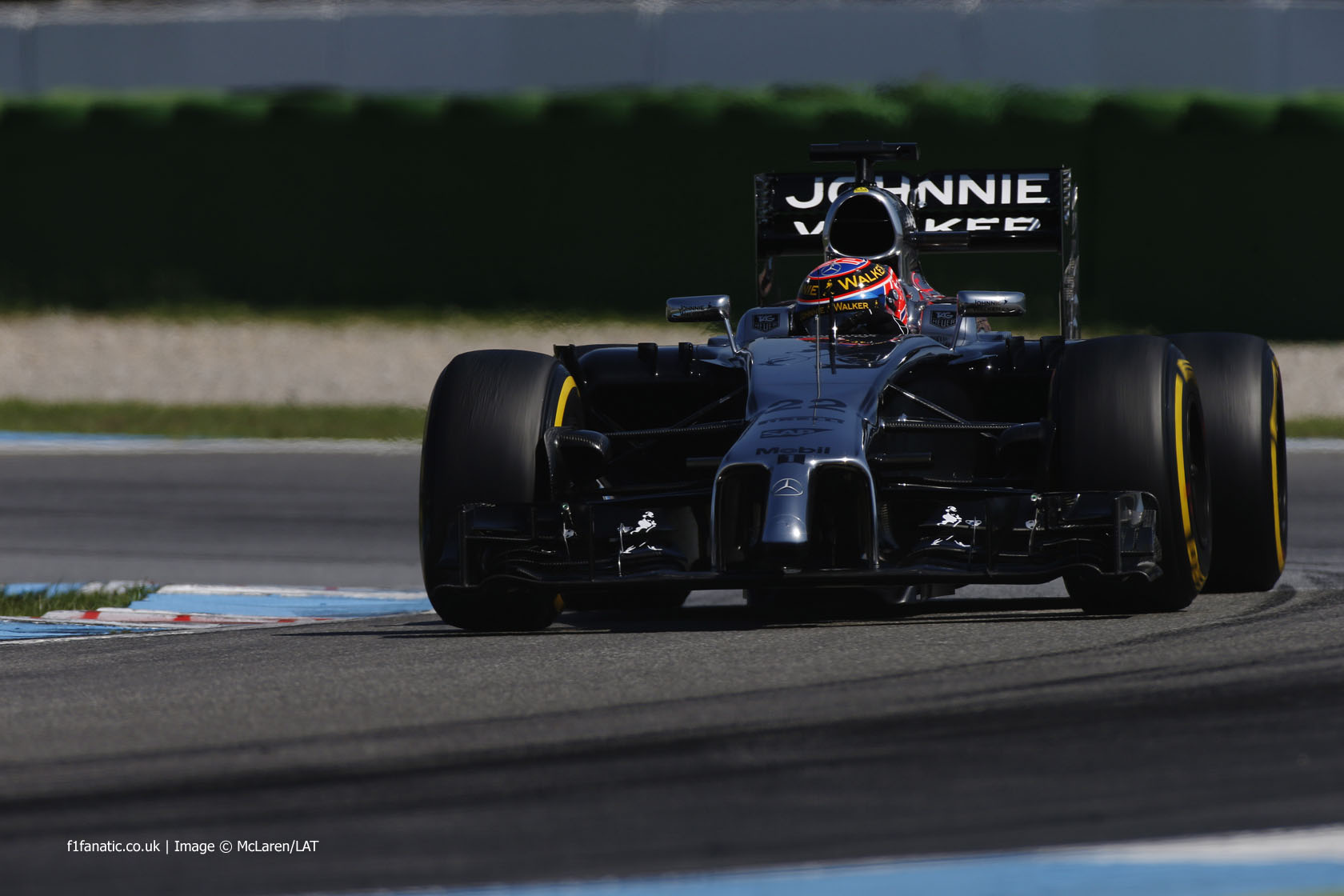 Jenson Button said eighth place in the German Grand Prix was “disappointing” and felt his strategy was too aggressive.

“I think we pitted way too early in the second stop,” said the McLaren driver. “Aggressive strategy but to do 37 laps on that set of tyres at the end I think was always going to be very difficult.”

Button dodged the first-corner collision between team mate Kevin Magnussen and Felipe Massa, moving up several places before slipping back later in the race.

One of the drivers to pass him was Lewis Hamilton, who clashed with the McLaren at the Spitzkehre. Button blamed Hamilton for the collision, which the Mercedes driver accepted was his fault.

“He drove into my rear wheel,” said Button. “That’s all I’ve got to say, I don’t know much else about it.”

“I guess he thought I was going to let him past but I’m out there doing my race. It’d make it boring if we all let him past when he’s coming through the field.”

11 comments on “Button says strategy was too aggressive”