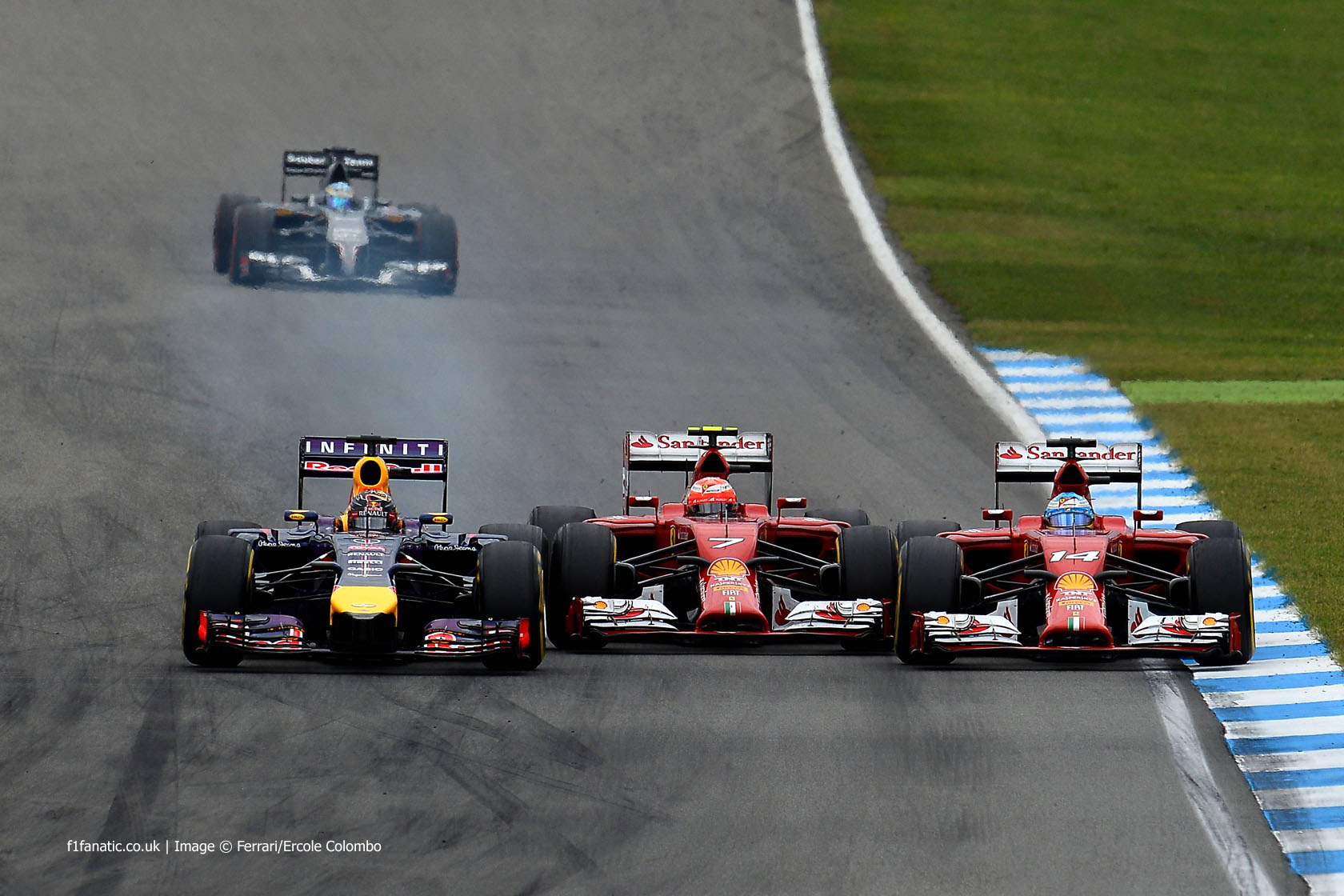 The German Grand Prix weekend was not short of drama.

A heavy crash during qualifying meant Lewis Hamilton was relegated to the tenth row of the grid.

Another spectacular accident at the start of the race saw Felipe Massa’s Williams flipped upside down.

The racing action didn’t disappoint either – Sebastian Vettel went wheel-to-wheel with the Ferrari drivers, and his team mate Daniel Ricciardo had a lively battle with Fernando Alonso in the closing stages.

All this and more was captured by fans at the track. Here’s how they saw the action.

Kvyat tangles with Perez, Red Bull and Ferrari do battle

Were you at the German Grand Prix? Did you capture any videos? Share them here: