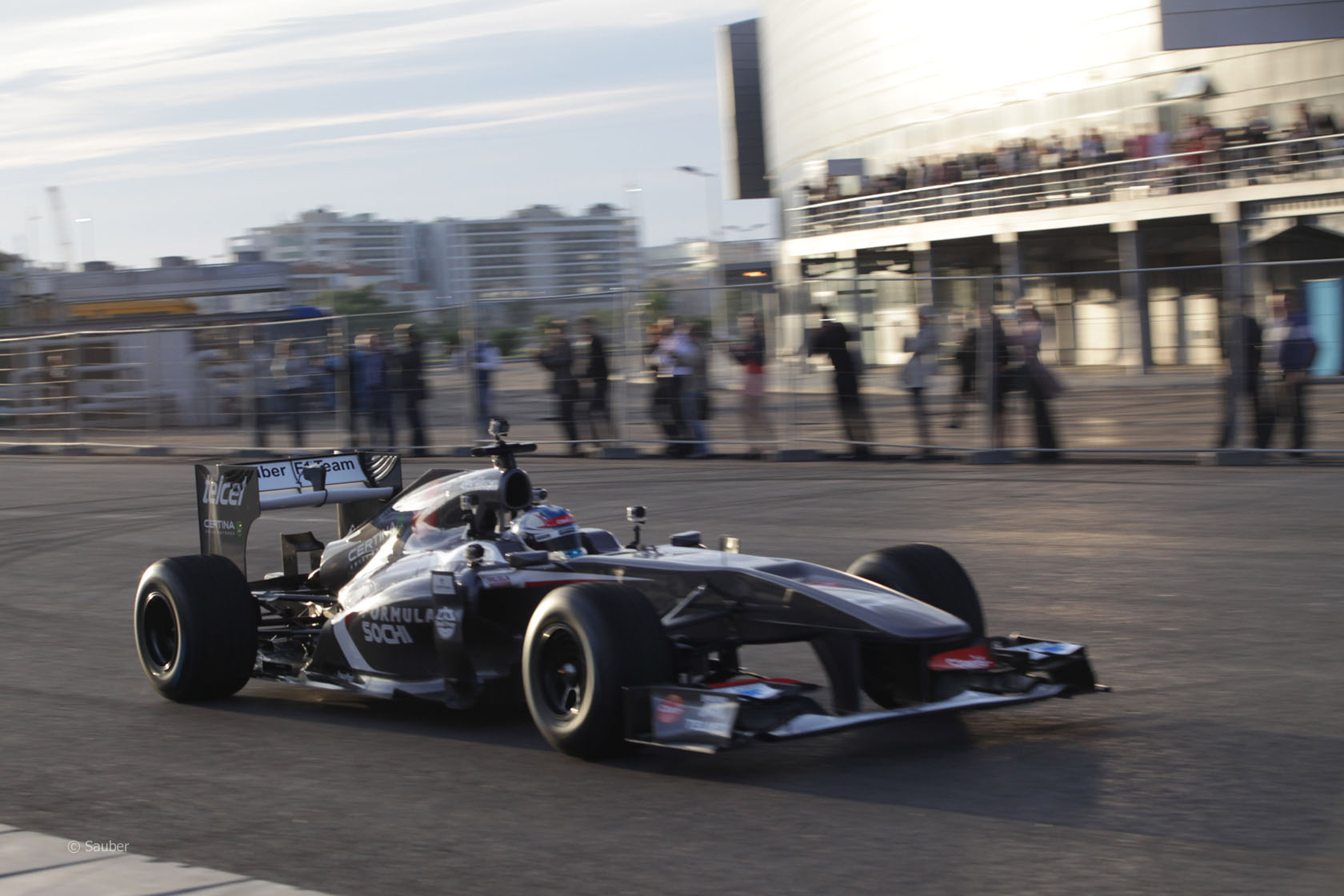 In the round-up: Formula One comes under political pressure to cancel the Russian Grand Prix.

Ecclestone urged to cancel the Russian Grand Prix (The Telegraph)

“Conservative MP David Davis, a former minister in the Foreign Office and shadow home secretary, said that the race on Oct 12 should be called off. ‘If Russia continues as they have been doing, then the grand prix is one of many things that they should be denied,’ he said. ‘The morally proper thing to do is put the race on hold.'”

FIA race director Charlie Whiting: “It was my view that Kimi did not rejoin very safely and should have taken more care.”

“South Africa’s Kyalami racetrack, which hosted Formula One races for almost two decades, will be sold and could be lost to motorsport, auction organisers said on Wednesday.”

Tavo Hellmund: “Ever since Bernie and I began working on a race at Austin, it’s been a dream of mine to help Formula One return to Mexico.”

This article on why spectator figures at Hockenheimring were so low suggests it was due to a combination of high ticket prices, spectators being drawn to the nearby Austrian Grand Prix earlier in the year, loss of interest following the high of Germany’s World Cup victory, and the ‘polarising’ appeal of Sebastian Vettel compared to the adulation once bestowed on Michael Schumacher.

“Logically, viewing figures should start to improve year-on-year if Hamilton remains in the title race. I think some of the figures already this year have been alarming, but we should see some improvements soon, especially when you consider that 2013 fell off a cliff in the latter stages.”

Going back to my Karting days (Lewis Hamilton via Youtube)

“Not only is Lewis keeping the F1 season interesting, he is also keeping British sports fans on the edge of their seats and doing his bit to make sure the year isn’t a complete blow-out.”

A bit of a carambolage during yesterday's bike ride resulted in a fractured shoulder, collar bone, elbow and wrist…

My husband the hero! 😊 As we know, boys will be boys… Looks like I am on nurse duty for the next few weeks! pic.twitter.com/ngbA6kix9J

July with 3 GP, plus work with the team in the simulator = 23 days in different hotels.. Nice welcome here.. ;) pic.twitter.com/srcl8LMBWs

Just touched down in Budapest! pic.twitter.com/Fxmi4Hrjlu

@Matt90 marvels at the lack of thought which seems to go into F1 rule-making after Toto Wolff admitted a mistake had been made in approving double points:

If the grounds for complaint had simply been that super-bonus points were untraditional, then I could accept the teams being a bit confused and needing to say “we didn’t appreciate how firmly routed in tradition the fan base and by extension the sport itself is”.

But the grounds for complaint is how unsporting the concept is. So their response of essentially “we didn’t appreciate that the fan base supports or understands a thing called sporting integrity, nor that it should probably be a fundamental concept in all sports, even this one” still sounds backwards even if they’ve at least changed their tune.
@Matt90

Happy birthday to Tiago Monteiro, Portugal’s only driver to stand on the podium of a world championship race (albeit in controversial circumstances), who is 38 today.