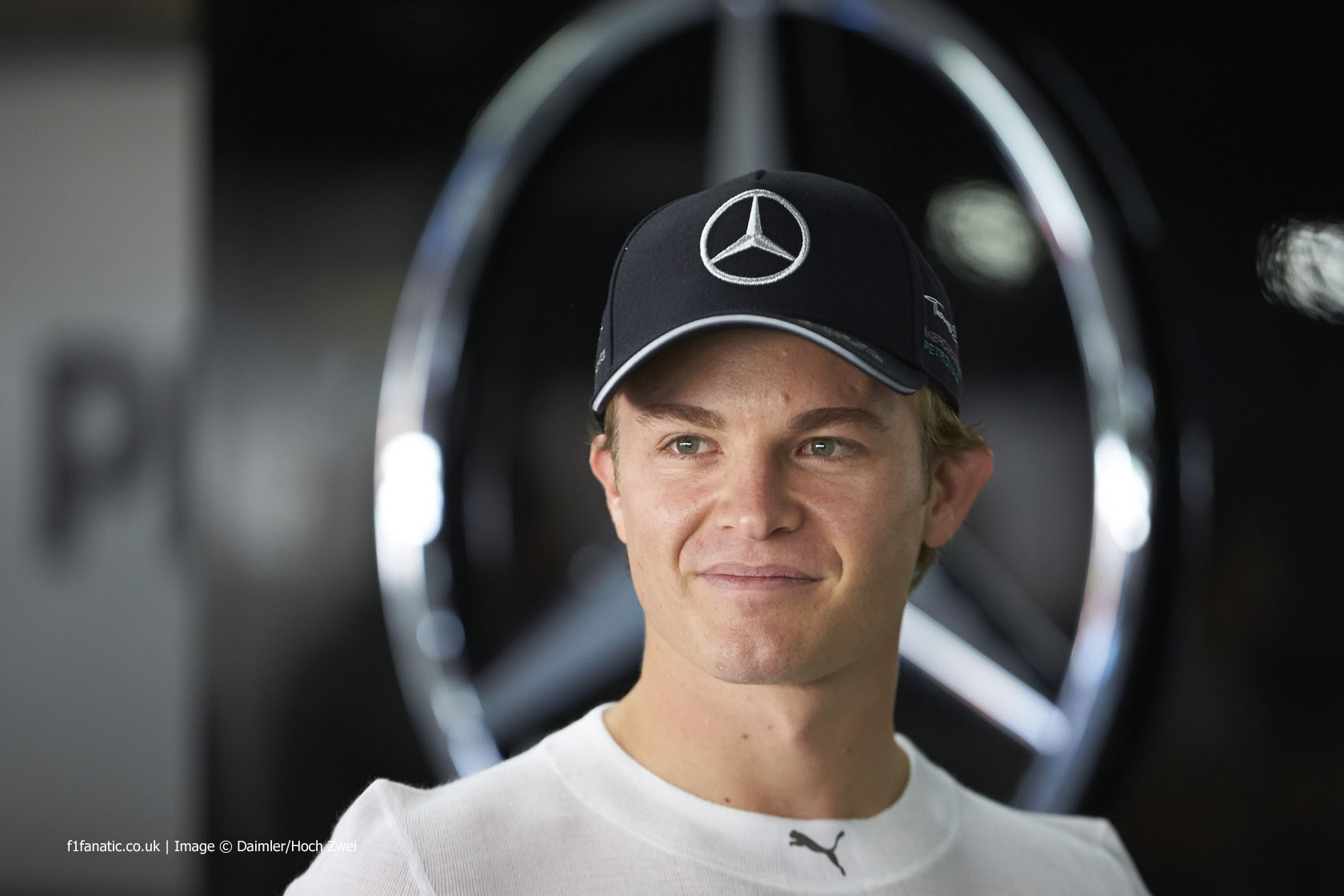 Double points system is artificial and I don’t like it, but winning is winning… (Daily Mail)

“The concept is really artificial, I don’t like it and that is a pity, but that is the way it is and we have got to accept it.”

F1 Will Race In Azerbaijan In 2016 Says Ecclestone (Forbes)

“Bernie Ecclestone has revealed that a Grand Prix in Baku, capital of the oil-rich country of Azerbaijan, will be added to the Formula One calendar in 2016 whilst a race in New Jersey will not take up its slot next year.”

‘We are going backwards’ – Alonso (ESPN)

“At the moment we are not super happy with the performance and we try to keep improving to score more points because, especially with the constructors’ championship, we are going backwards a little bit. We need to put both cars in the points as many times as possible.”

“Q: When will the FIA call you to hand over the trophy – to polish it and probably engrave a new name?
SV: Ha, maybe I don’t have to give it back – mathematically – even if it doesn’t look so likely that I’m keeping it. Maybe I’ll tell them I’ve lost it or it was stolen: “I’m so sorry…” (laughs) Usually I’ve had to give it back in October. I don’t know why they need three months to put one name and one signature on.”

Having left Caterham, Alexander Rossi is now Marussia's official reserve driver "with plans to drive in Free Practice One this season". #F1

Think @autodromohr will replace @Circuitcat_eng as the #F1 track which has the longest run to turn one (750m): http://t.co/KsSZUEpEG2

Local journo in the FIA press conf just asked "are John Player fags coming back to sponsor Lotus?" And Maldonado said "he hopes so" MENTAL

Hungary no longer poor and Eastern Bloc but there's still 2 women doing the washing up in the sink in the mens toile in the media centre. With Formula One set to return to the Autodromo Hermanos Rodriguez for the Mexican Grand Prix next year, here’s one of the most recent occasions an F1 car was in action at the track – Robert Kubica at the Formula BMW World Finals in 2008.

The planned alterations to Mexico’s famed Peraltada were a source of disappointment for many. Could modern F1 cars withstand a high-speed impact at the corner?

I disagree with people saying changing the layout was inevitable.

The cars are so safe now that drivers can survive every possible crash except a direct hit on the head so I can’t see why corners have to be altered in the name of safety.
Patrick (@Paeschli)

Five years ago today Felipe Massa was seriously injured when he was struck by a spring which had fallen from Rubens Barrichello’s car during qualifying for the Hungarian Grand Prix.

Massa recovered from his head injuries but was ruled out of competition for the rest of the year.