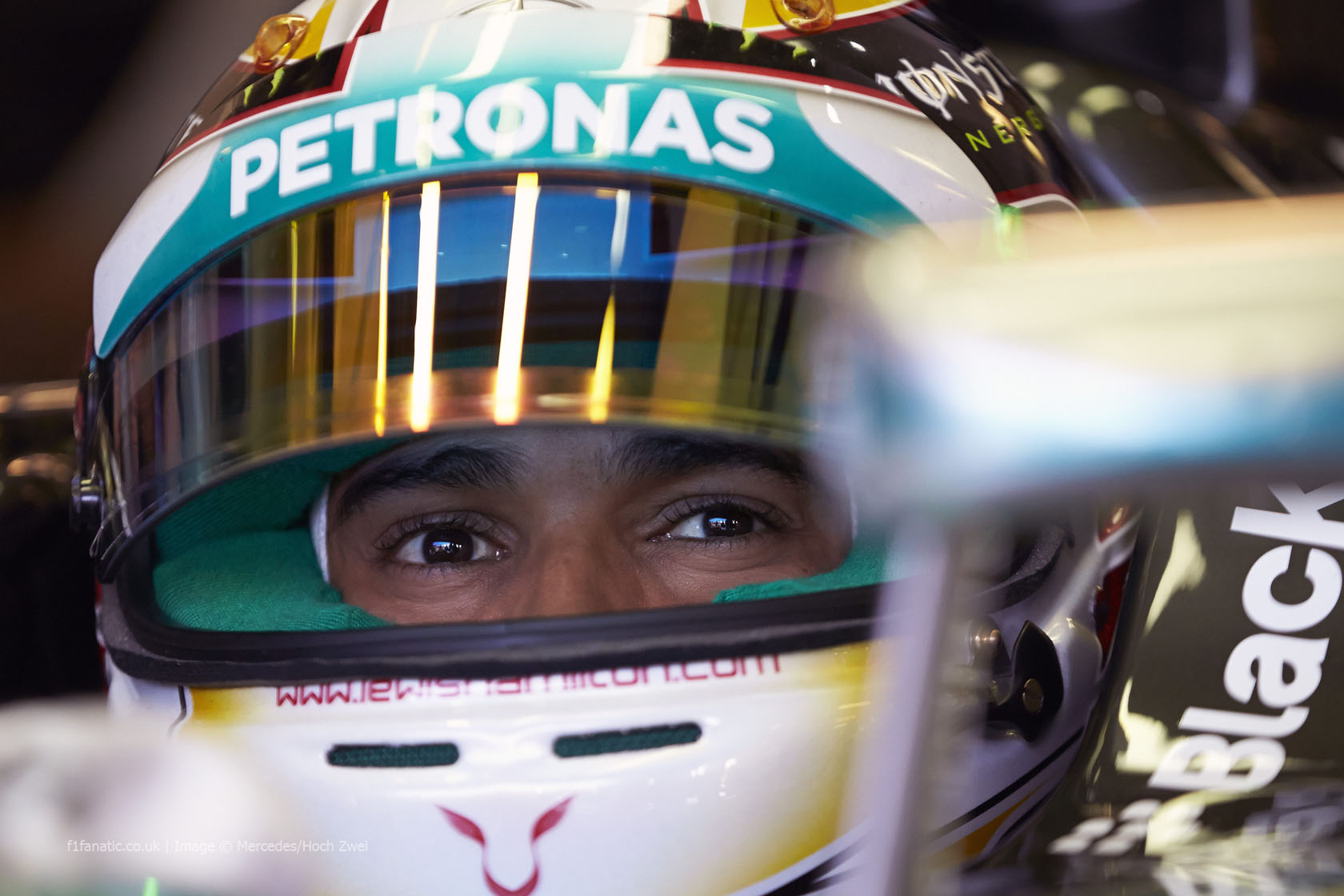 A frustrated Lewis Hamilton says he feels his misfortune with mechanical failures is now getting to a point where ‘it is beyond bad luck’.

Hamilton had not even completed his first timed lap of qualifying today when his Mercedes engine was engulfed in a fire that forced him to stop at the entry of pit lane.

The suspected fuel leak doomed him to start on the back row of the grid for the second consecutive race as team mate and rival Nico Rosberg took another pole position.

“I think it is getting to the point where it is beyond bad luck,” said Hamilton, who will start no higher than 21st tomorrow.

“I bailed out of that timed lap that I was doing and was going to do another timed lap and then something happened to my brakes. Something in the system failed. I had to engage some systems and then the engine just died.

“I was right next to the pit lane entry so I thought I could roll back but then I looked in the mirror and realised I was on fire. I was still trying to get to the garage. I thought we could still do something, then they said ‘stop, stop, stop’. It’s all pretty bad.”

Hungary marks the latest in a run of problems for Hamilton in qualifying, including two consecutive mechanical failures. Despite coming through the field to third after starting from the back last weekend in Germany, Hamilton is less optimistic about his chances tomorrow.

“I honestly don’t know what I can do tomorrow,” Hamilton admitted.

“This is a track that you cannot overtake on so I think I will struggle to get in the top ten tomorrow or at least the top five. I will probably leave here more than 20 points behind Nico, but there are still races to go. I don’t know what to say, I will try my best.”