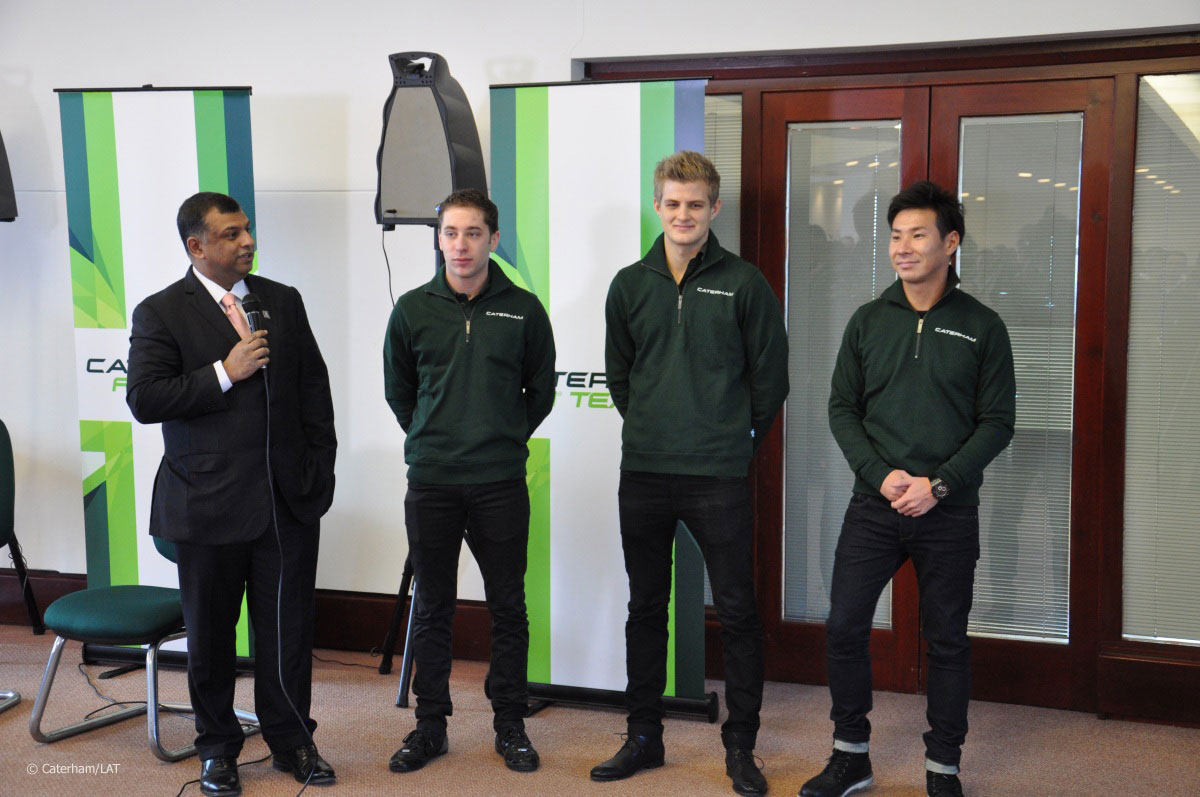 It was all change for Caterham at the beginning of the season with new branding and an all-new driver line-up: test driver Robin Frijns joined rookie Marcus Ericsson and new signing Kamui Kobayashi.

But the changes didn’t stop there. Last month Tony Fernandes, frustrated at having gone four-and-a-half years without scoring a point, sold his team to new owners.

Add your funniest suggestion for a caption in the credits and a selection of the best will feature in an upcoming F1 Fanatic round-up.