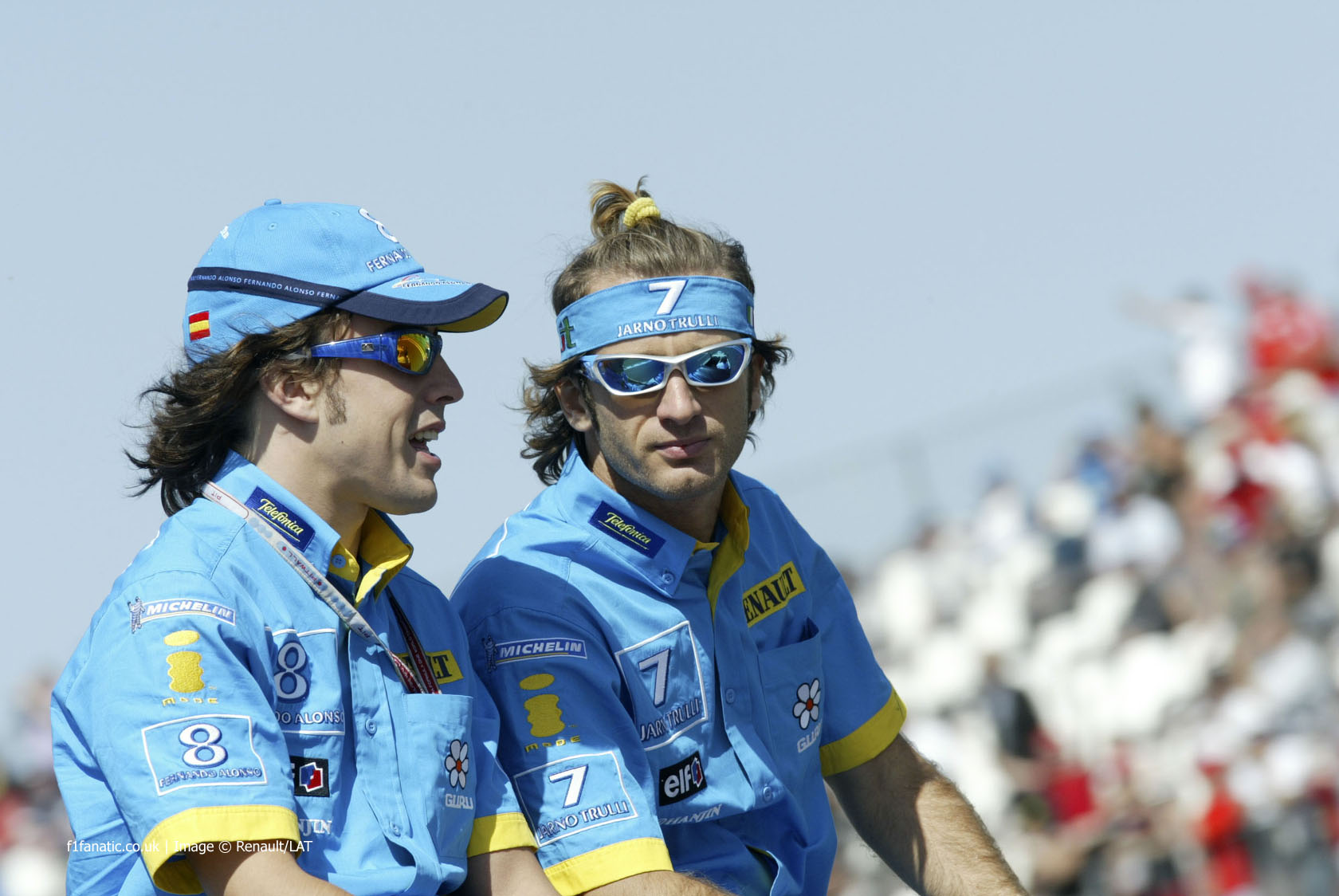 In the round-up: Fernando Alonso says of all his team mates – which includes Lewis Hamilton, Kimi Raikkonen and Felipe Massa – the quickest over a single lap was Jarno Trulli.

Alonso: “Trulli’s qualifying ability was the best I’ve ever come across among all my team mates.”

“After investing as much as $36 million in Mallya’s personal sorghum beer company in South Africa and bringing on board Smirnoff (the vodka brand of Diageo) as one of the sponsors of Mallya’s Sahara Force India racing team, Diageo has extended its corporate guarantee by another six months on the $135-million loan Mallya has taken for one of his personal companies, Watson Ltd. The latter is also one of the vehicles used by Mallya for his Formula1 (F1) team.”

Mika felt his hands reacted faster than his feet, so we developed a hand throttle to test the theory. #SundaySpotlight

Disaster for @MaxVerstappen3 – his car fails while leading – not his first problem this year. http://t.co/miyPiQZK7E pic.twitter.com/uojiFBSoRf

But as several people agreed, @Crackers really nailed it with the first suggestion: “Let Ricciardo win another one and I’ll break the other arm.”

Carlos Reutemann’s Brabham led from lights to flag in the Austrian Grand Prix 40 years ago today. He was joined on the podium by Denny Hulme and James Hunt.

Here’s footage from the race:

55 comments on “Alonso: Trulli was toughest team mate in qualifying”