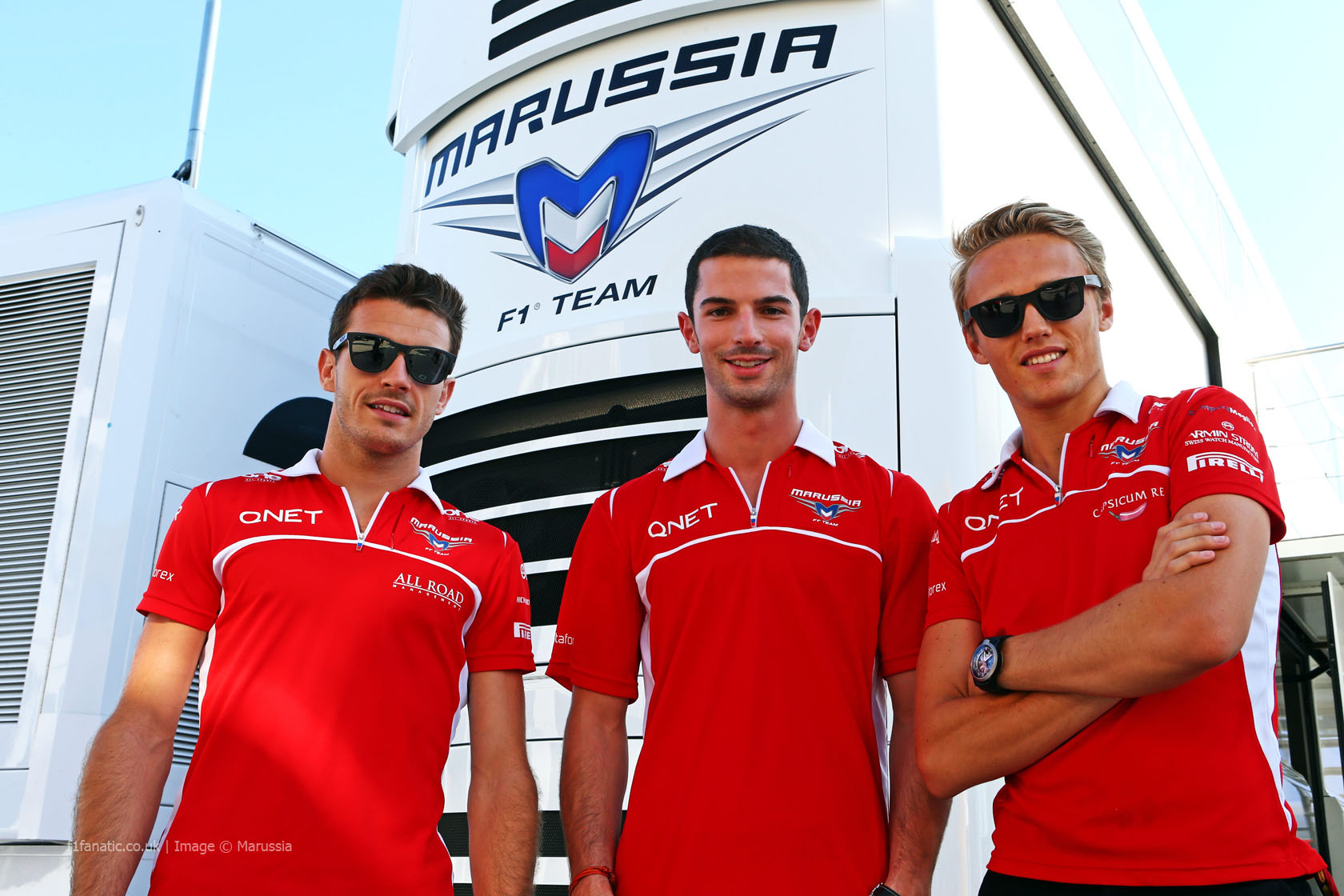 Alexander Rossi will make his Formula One debut in this weekend’s Belgian Grand Prix in place of Max Chilton.

Marussia say the change is being made due to “contractual issues” with Chilton.

Team principal John Booth said: “Although it was not our intention to offer Alexander the possibility to race this season, in light of the circumstances we are pleased to be providing him with the opportunity to make his Grand Prix debut at this weekend’s Belgian Grand Prix in Spa-Franchorchamps.”

“Naturally we hope to resume normal service with respect to our established race driver line-up as soon as possible, but for now we wish Alexander well for the weekend ahead and we look forward to seeing him in action.”

Rossi, who joined Marussia last month after leaving Caterham, said: “It goes without saying that I am thrilled to be given the opportunity to race in Formula One for the first time and I cannot thank the Marussia F1 Team for the faith they are demonstrating in me.”

“It’s a very big moment for me and there’s a lot to prepare in a short space of time, but on the other hand I have felt ready for this for quite a while now. It is also exciting to be given this opportunity at such a fantastic and historical circuit as Spa-Francorchamps. I can’t wait to drive the MR03 from tomorrow and I hope to reward the team with a solid race weekend.”

Rossi will be the first American driver to compete in a Formula One race since Scott Speed in the 2007 European Grand Prix.

81 comments on “Marussia replace Chilton with Rossi for Belgian GP”