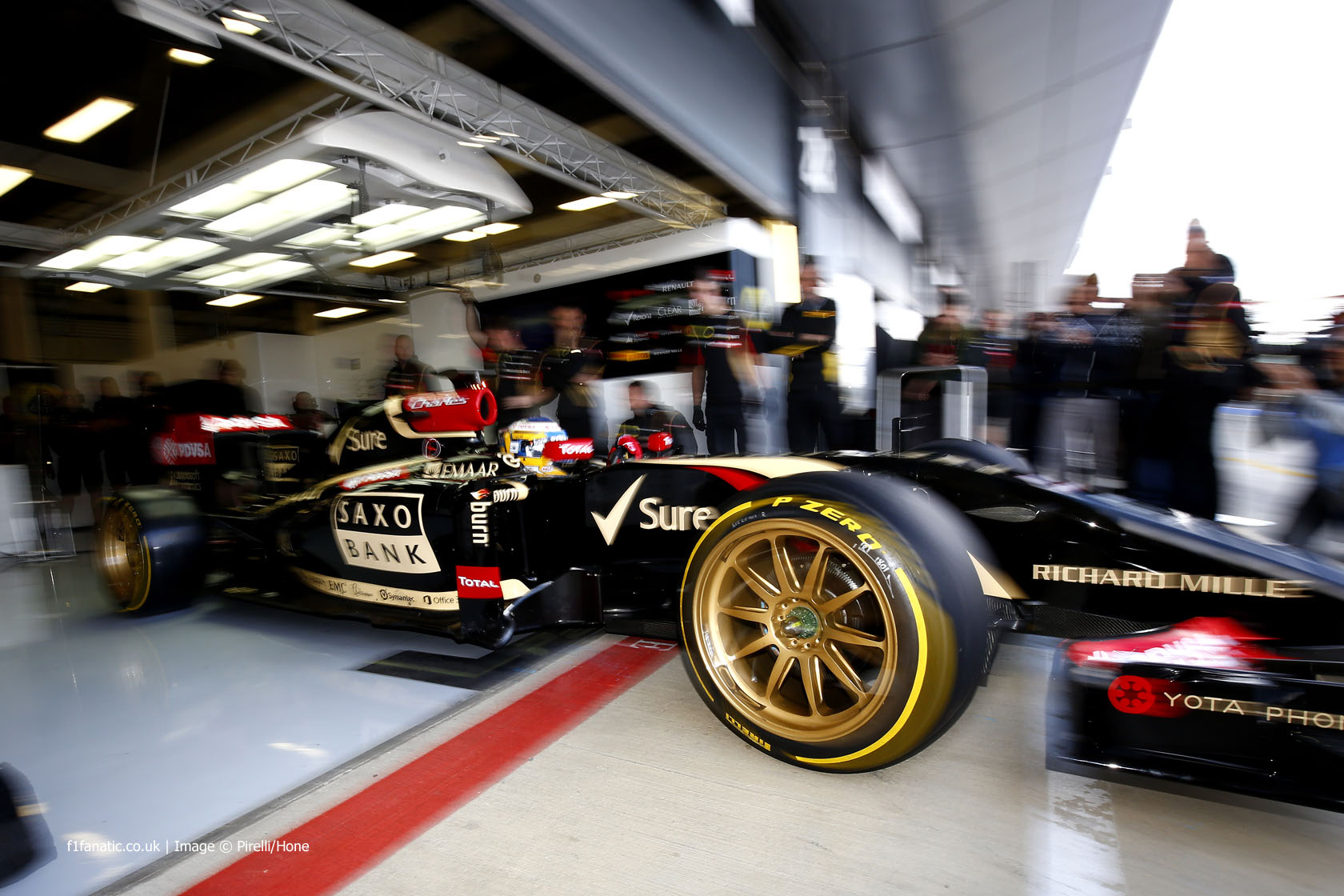 Formula One should be clear on its reasons for introducing larger wheel sizes if it decided to do so, according to the teams’ technical chiefs.

Pirelli tested wider 18-inch wheels at Silverstone earlier this year and has expressed an interest in increasing wheel sizes even further from the current 13-inch format. However some car designers raised concerns over making a change solely for stylistic or commercial reasons.

“Maybe I’m ignorant in this sense or ignorant of what’s been going on but as far as I understand the only reason for proposing this is to suit, to make it look more like the road tyres that particular tyre manufacturer makes,” said Red Bull’s chief technical director Adrian Newey during today’s press conference at Spa-Francorchamps.

Williams’ head of vehicle performance Rob Smedley endorsed Newey’s view: “We have to really question the reasons for doing that and what does it actually bring to the sport.”

However teams expect they will be able to cope with the change which, if it does happen, is not expected to be implemented for at least three years.

“We’re halfway through 2014, we’re talking about something to be introduced in 2017, so there’s certainly adequate time,” said Ferrari’s James Allison.

“And it’s the tender process for deciding on the new tyre supply is something which the FIA looks after and they’ve been taking the trouble to consult amongst the teams for what type of consideration should be built into the timing of that so we can manage the engineering of it.

“So I think there is enough time and as long as the various inputs from the teams are heeded it will all be fine. And it will be exciting, and fun for us to have a change in the geometry.”