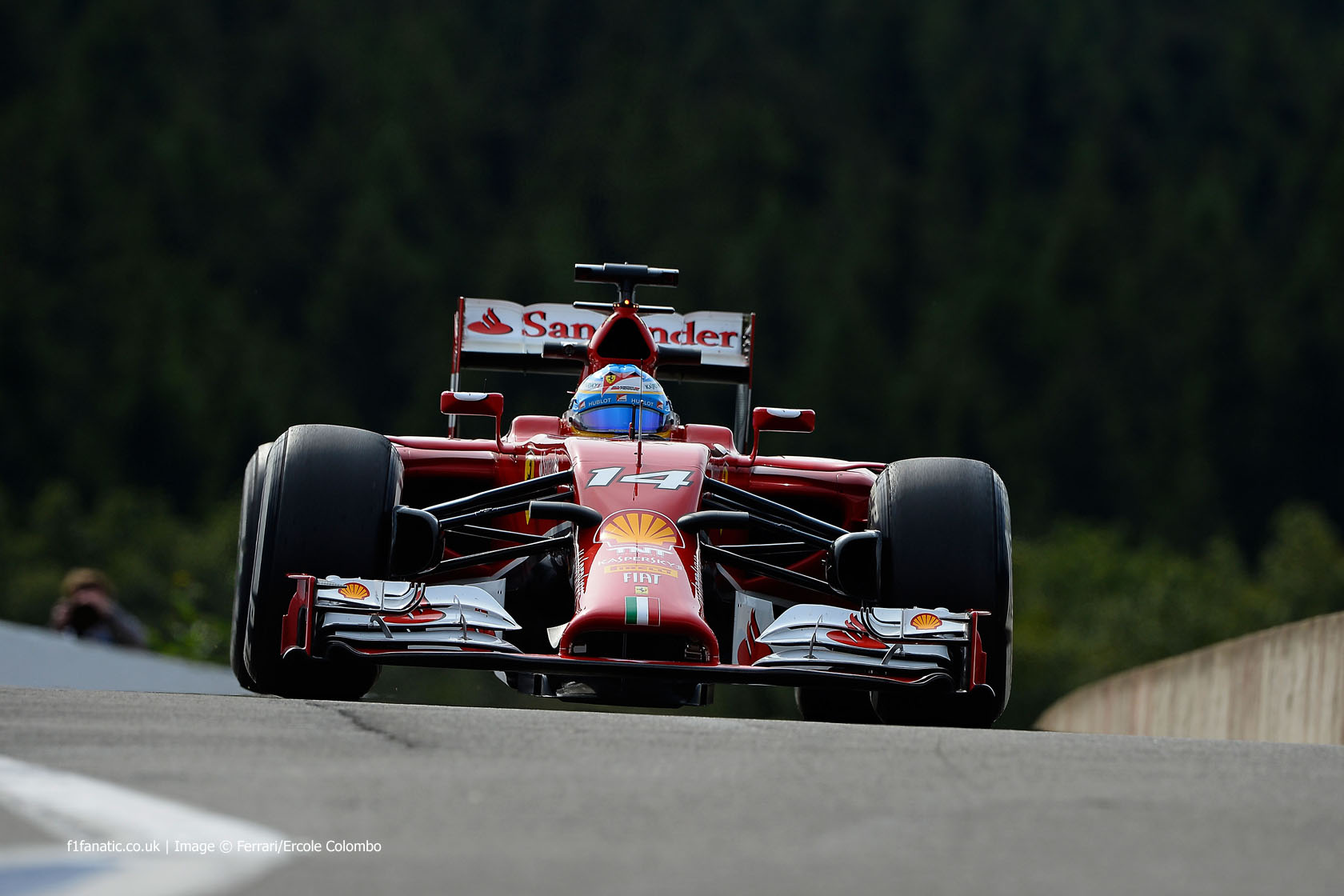 Yesterday several drivers said the current generation of cars are considerably easier to drive than they were a decade ago, when they were also several seconds per lap quicker.

However those responsible for designing the cars say it’s not simply a case of allowing them to be fast enough to break the lap records they currently fall well short of.

“It’s important that Formula One cars are fast, it’s important that they look dramatic on the track, that the best drivers in the world find them exciting and challenging to drive,” said Ferrari’s James Allison.

“I think all those things are true. It’s easy to design a set of regulations that would allow them to be massively faster but I think what we have at the moment is fast. I think it looks dramatic, I think it requires skill from the drivers and I think it’s producing fairly good races. So I don’t really see any problems in that regard.”

But Red Bull’s Adrian Newey believes more could be done to make the current cars more spectacular to watch and more demanding for the drivers.

“I think lap time per se is not necessarily the be-all and end-all. As James says the critical thing is that the cars should look fast and if you’re sitting there watching television it should be ‘wow, those guys are superheroes, I couldn’t do that’. If I’m honest, I don’t think the current cars really do that.

“If you watch Moto GP you certainly have the feeling that those guys are superheroes. Whereas the current crop of cars, the power-to-weight is not fantastic, going back to the sort of 1300 horsepower in qualifying cars that were quite a bit lighter than they are now, then those things were pretty… you had to bolt on some fairly special appendages to drive them in qualifying.

“I think the fact that young drivers – no disrespect to them at all – they can jump in and instantly be at the front, or competitive certainly, is an interesting one.

“So I don’t think there’s an easy answer. But I think it would be good to make the cars a bit more difficult to drive, in truth.

“I think the extra torque of the new engines is good in that respect. There’s obviously lots of ways of producing more torque, I think the way the old regulations had gone was very much the small capacity, high-revving, normally aspirated is bound to be low on torque. That’s my personal opinion.”