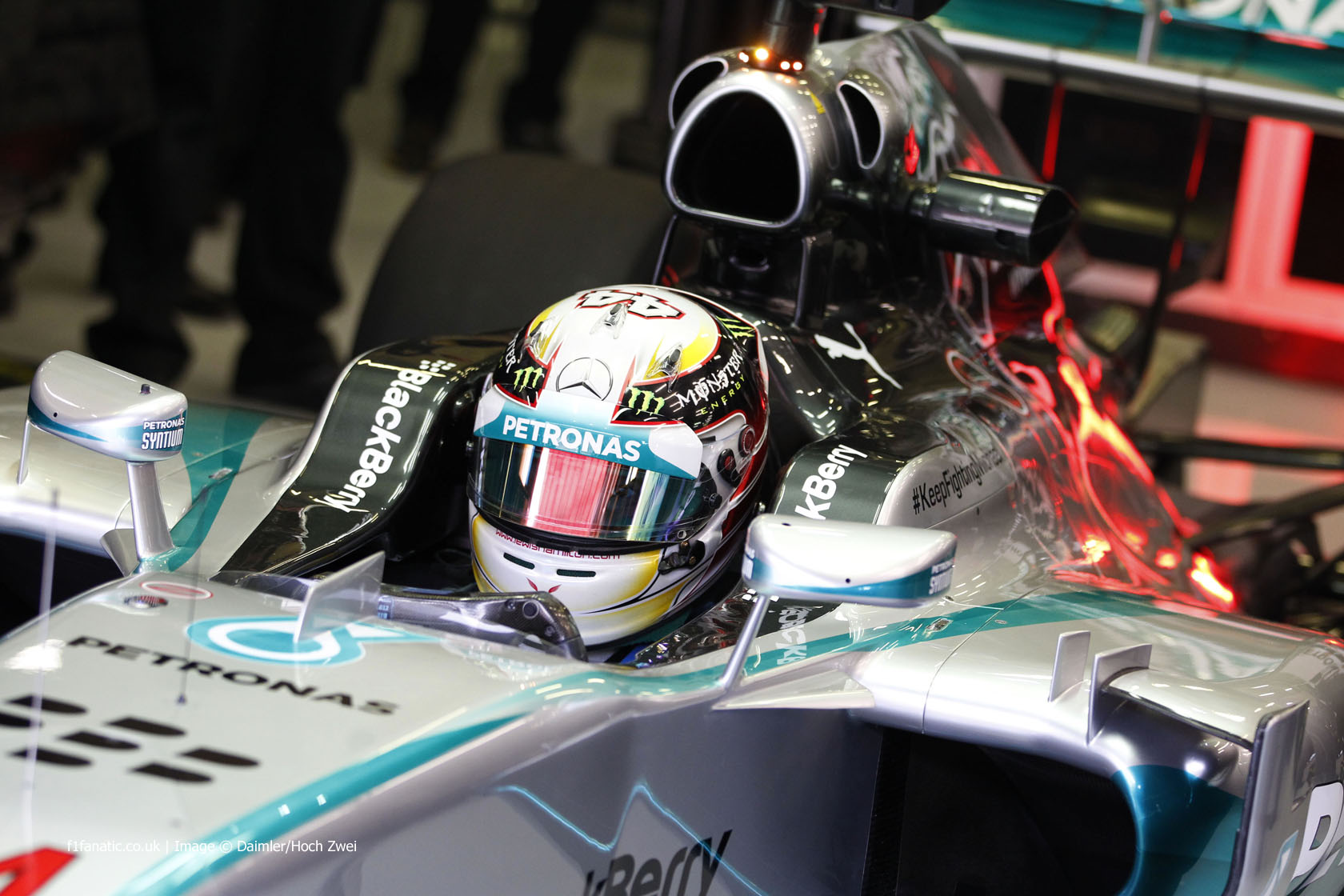 He enjoyed a comfortable margin of over six-tenths of a second over team mate Nico Rosberg, who made a mistake during his quickest run on the soft tyres.

For the second session in a row Fernando Alonso was third-quickest, and the only non-Mercedes driver to break the 1’50 barrier. But once again Kimi Raikkonen’s preparations were disrupted by technical problems, this time a misfire.

He at least managed to cover 18 laps, however, which was more than could be said for Sebastian Vettel. He never left the garage as Red Bull continued to work on the problem which his car developed in the morning.

Pastor Maldonado also failed to set a time, having crashed his Lotus on the approach to Pouhon after he left the pits. Maldonado appeared to lose control of his car on the Astroturf at the exit.

The session was red-flagged while his car was recovered, and was later stopped for a second time after Esteban Gutierrez spun to a stop at Blanchimont, blaming a gearbox problem with his car.