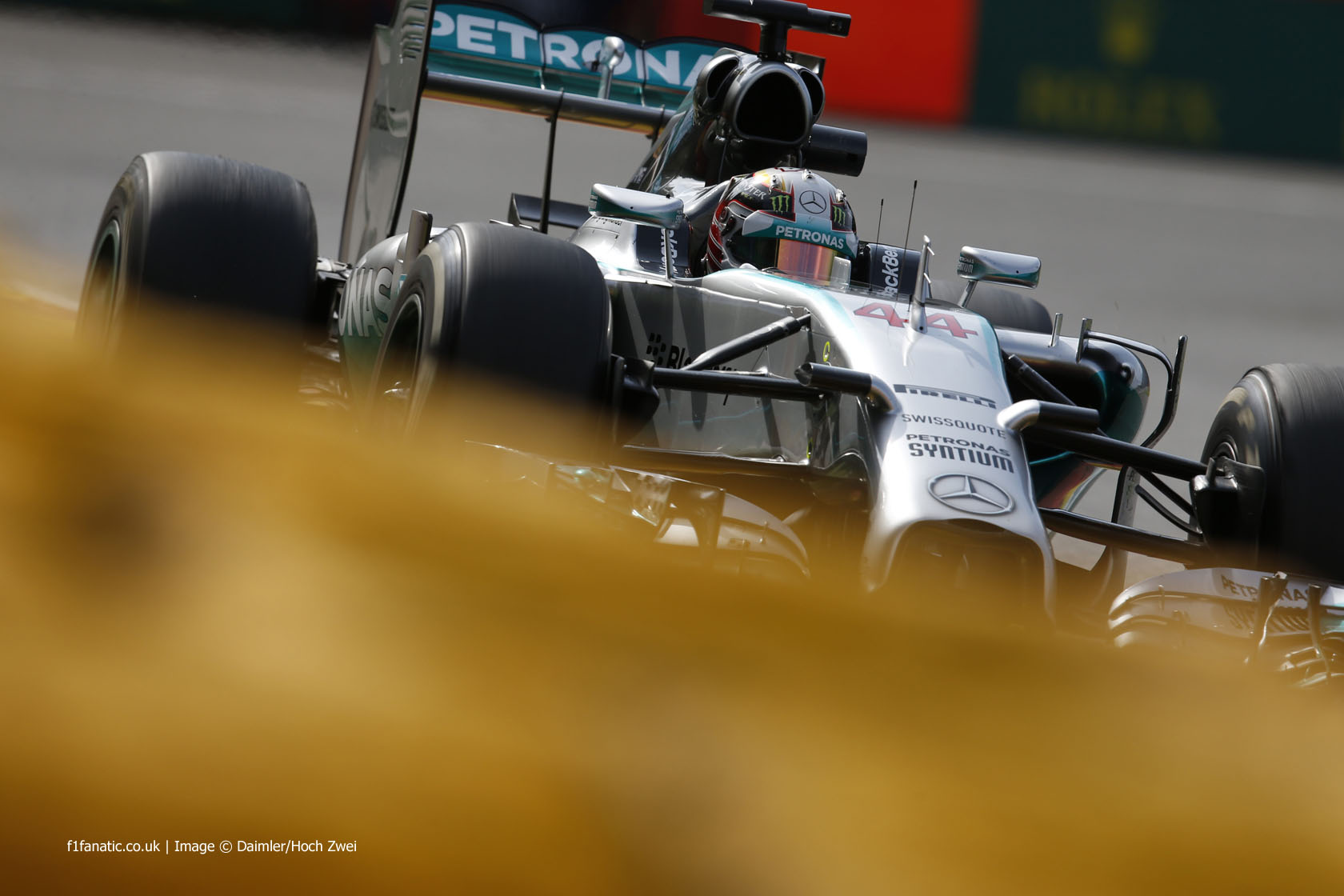 Lewis Hamilton said he lost time on his laps during the final part of qualifying due to a problem with one of his front brakes.

Hamilton said the brake had glazed over, which can happen in low temperatures if they become too cool, causing them to lose efficiency.

“I had a glazed front-right or front-left brake so the car was pulling to the left, or to the right,” said Hamilton after qualifying second behind team mate Nico Rosberg.

“There was nothing I could do on the out-laps to try and get rid of that. So I was struggling on the braking, I had to bring the braking point a little bit further back, and I was losing massive amounts, particularly turn one.”

Rosberg came out on top in a rain-affected qualifying session to take his fourth pole position in a row by two-tenths of a second.

“It’s one of the most special tracks of the year so to be in front here is great,” he said. “Not quite as difficult out there as on some other occasions because the conditions were always pretty much intermediate, just varying slightly, so that made it a bit easier today.”

“But still it’s always difficult on this track in the wet so I’m really happy. The car was handling well together with my engineers we really fine-tuned it perfectly in qualifying and really got there in the end so in the end I was really feeling comfortable.”

48 comments on “Glazed brake to blame for Q3 setback – Hamilton”