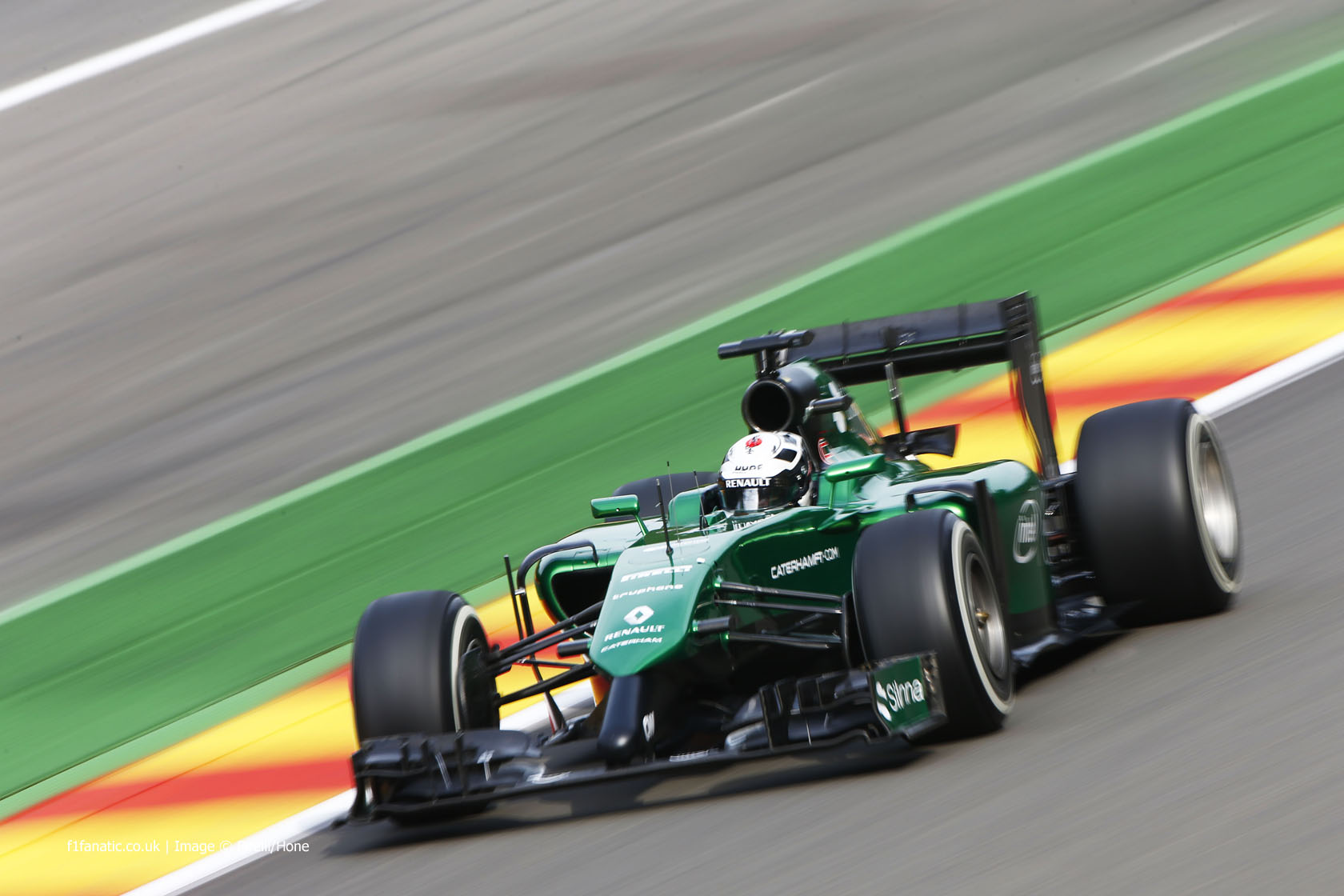 In the round-up: Caterham may provide further opportunities for Carlos Sainz Jr and Roberto Merhi to make their F1 debuts with the team before the end of the season.

“Spanish Renault 3.5 stars Carlos Sainz Jr and Roberto Merhi are both in the frame to make their F1 debuts with Caterham before the end of the season. It’s believed that they are both likely to be given an opportunity to drive the car occupied by Andre Lotterer this weekend.”

“Marco Mattiacci has told Sky Sports that Kimi Raikkonen & Fernando Alonso will be racing again in 2015 for the F1 team.”

McLaren not planning to leave driver decision until off-season (NBC)

Eric Boullier: “No, it is not our plan to wait that long, no. We are in the position to wait a few days or a few weeks until we know where we go in the next few years. That’s why it takes a bit of time.”

Too Wolff: “Sometimes you are happier and other times you are less happy, and for us it is about always extracting the maximum from the both of [the drivers]. This is why we want to give them the environment and the support they need to perform at their best. But we are also not in the let’s-make-everybody-happy business.”

Rosberg: “And yes, it will be very tight again with Lewis, believe me. But this is a track were you always have the chance to do something with the tyres during the race when you’re on a smart strategy, so it would be wrong to only focus on the qualifying result.”

We're hearing that someone in the paddock hasn't been paid so is receiving space on one of the cars instead.

Does @Andre_Lotterer beating Ericsson proves once more there are few drivers in #f1 who shouldn't be there?

After Andre Lotterer successfully qualified for his first Grand Prix in challenging conditions, reader Toxic was more than impressed by the German’s performance.

Very impressive from Lotterer. Yeah it’s Caterham, but to jump in to these extremely complicated car with all those technologies going in the background (brake by wire sic!) and out qualifying Ericsson in his first outing by a second?
Seriously… ask Kovalainen how is it to step in for a one race to the car you don’t know (even though HK was driving similar cars before his journeys).
It’s of course still just Saturday but nonetheless great job by him.
Toxic

Bernard, who is the godfather of ex-Marussia and Caterham driver Charles Pic, raced in F1 between 1989 and 1994, first for Larrousse and then Ligier. He claimed the only podium finish of his career at Hockenheim in 1994, but was dropped by Ligier soon afterwards, though he made a one-off start for Lotus in Jerez before finally bowing out.

58 comments on “Caterham tipped to run other drivers this year”