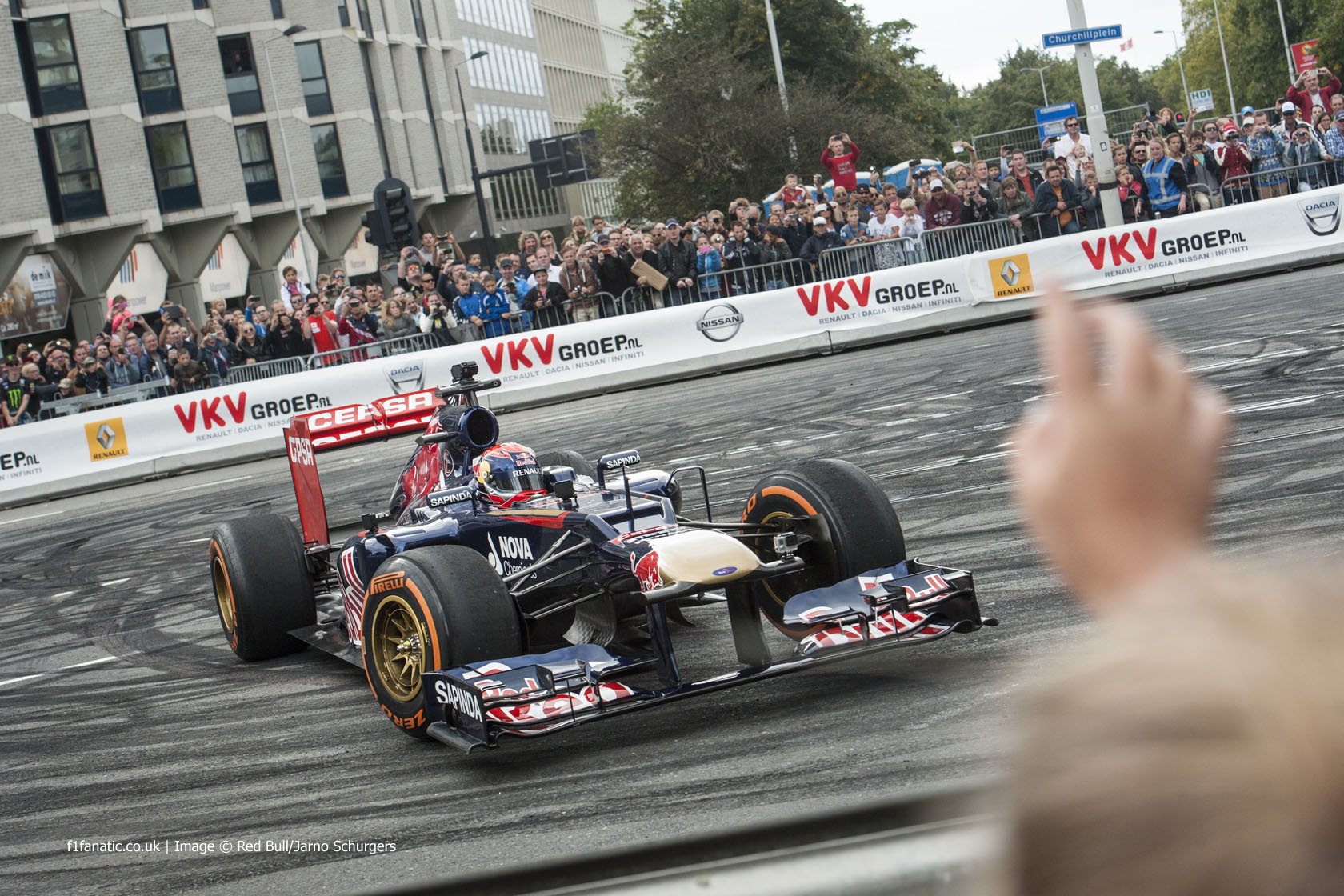 Red Bull’s decision to promote Max Verstappen to Formula One next year at the age of 17 provoked many questions about whether he will be mature and experienced enough to handle it.

Those questions grew even louder after Verstappen had a low-speed crash during a public demonstration run in the VKV City Racing event Rotterdam on Sunday.

But while videos of his embarrassing prang quickly circulated on the internet, Verstappen’s explanation for the incident was widely overlooked.

The 16-year-old said he was trying to spin the car around but was surprised by how much grip he had and how quickly the clutch bit, and hit the wall.

“The guys pushed me back and I made a flick around,” Verstappen explained, “but I just had too much… I think the rear tyres were too warm so I pulled the clutch and I just went a bit forward so I just clipped, with my front wing, the barrier.”

“I flicked it around and then it just pushed forward so I pulled the clutch and it just touched and then of course the whole wing breaks.”

Prior to the crash Verstappen described the course as “a bit bumpy on some spots” but said he was able to get up to sixth gear in places.

However he admitted he will have to avoid “silly mistakes” when he makes his race debut for Toro Rosso next year.

“Now it’s important to get used to an F1 car properly, to be really confident in it like I was in the F3 car. And from there on I think it’s just a case, you know, be consistent from the start of the season, don’t make silly mistakes and be fast.

“You have to challenge your team mate as well because if you are far behind that, that’s not a good thing.”

41 comments on “Verstappen eager to avoid “silly mistakes” after crash”