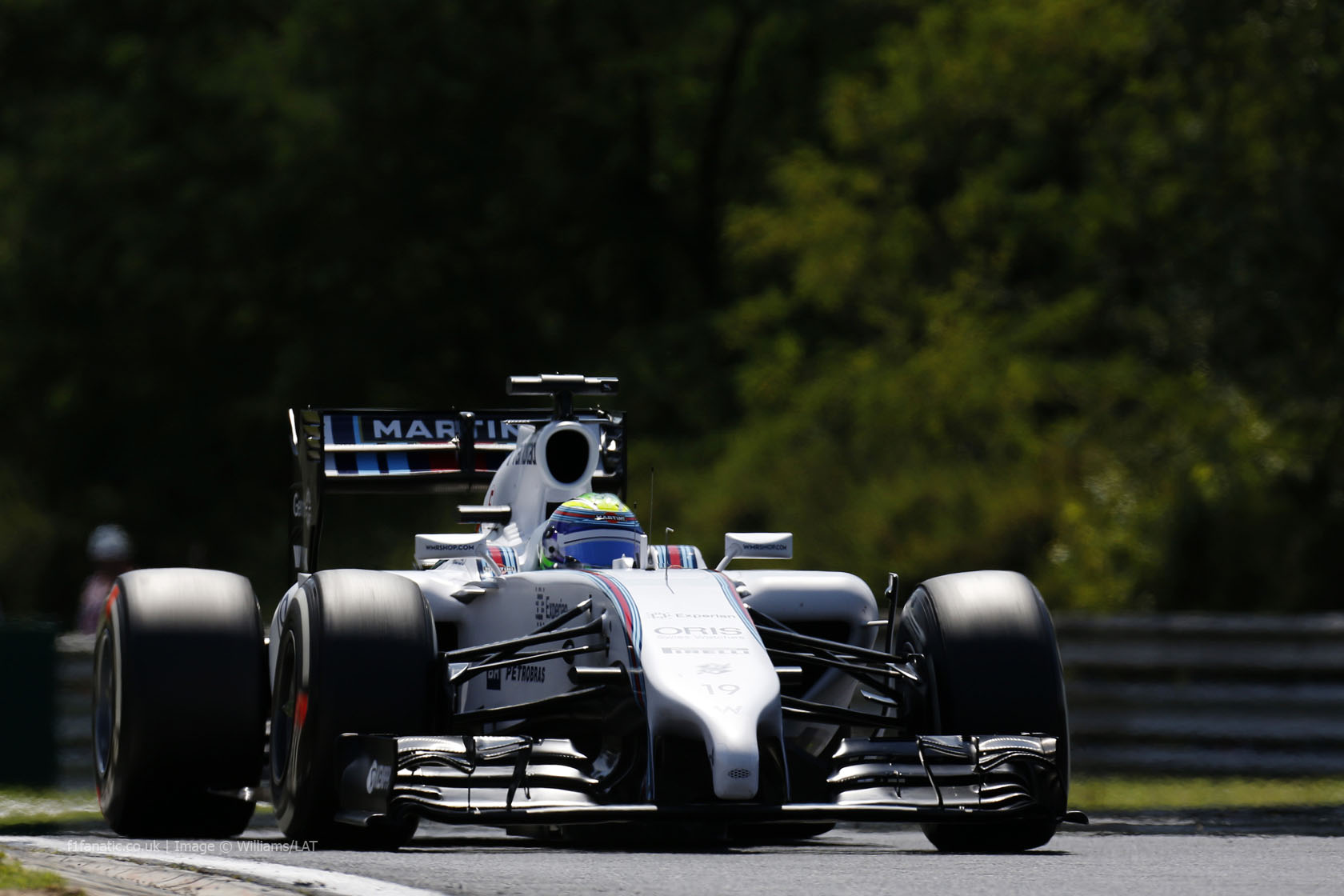 After the 2014 season reignited in dramatic fashion in Spa, Monza will play host to the final European race of the season and a crucial battle in the war for the drivers’ championship.

With the highest straight-line and average lap speeds on the calendar, Monza is all about high power and low drag. And with top speeds considerably higher this season thanks to the more powerful turbo engines, we could well see drivers exceeding 350ph in eighth gear throughout the weekend.

Having played host to a round of the world championship in almost every season, Monza’s F1 heritage is arguably richer than any other venue and has played host to some of the sport’s most memorable races and triumphs as well as some of its most appalling tragedies.

However, part of that heritage has been lost this season with the decision to replace the gravel trap around the famous Parabolica with Tarmac run-off. While the decision has been made with safety in mind, it remains to be seen whether the challenge of one of the sport’s most iconic corners has been lost.

Although Monza includes some of the heaviest braking points of the season, brake wear is generally minimal due to the long straights between them. That can make sustaining brake temperatures a challenge, and the same goes for tyres as well – particularly as Pirelli have opted for the hardest rubber in their range.

Daniel Ricciardo third win of the season may have been possible thanks to the two Mercedes drivers colliding, but it was yet another example of him capitalising on even the slightest opportunity – as well as out-performing his four-time champion team mate.

Red Bull travel to Monza knowing that it will be difficult for them to make it three wins in succession this weekend, but having already won at Montreal and Spa – two circuits where they should never have been in contention for the win – the reigning champions’ chances should not be discounted. The RB10’s low-drag package was surprisingly effective in Belgium.

Thanks to the collision that he was deemed responsible for at Spa, Nico Rosberg arrives at Monza knowing that he will leave with his lead in the drivers’ championship intact no matter what happens on Sunday.

Yet again, Lewis Hamilton is facing an uphill struggle to regain ground to his team mate in the championship battle. Although with every passing race, Hamilton knows he can ill-afford any further setbacks and will need to eat into his rival’s advantage this weekend. No other team enjoys as much support at a single circuit as Ferrari do at Monza, but you could forgive the Tifosi for being less than optimistic of seeing a Ferrari driver on Monza’s famous podium come Sunday.

Ahead of their home race Fernando Alonso has kept the Ferrari faithful sweet by talking about how he intends to remain with the team for the next two seasons and potentially beyond.

Further encouragement for the team has come from the steadily-improving Kimi Raikkonen, who posted his best result of the season so far in the last two rounds.

But will Ferrari try to persuade their drivers to engineer a repeat of the slipstreaming tactics which didn’t go entirely to plan during qualifying last year?

Lotus’s miserable season continued in Spa with two more mechanical-related retirements. And it says a lot that after Spa Romain Grosjean was more eager to talk about the team’s chances at Singapore than the next race at Monza.

“On paper it is not one of the races that we should do that well at,” he added afterwards “But as always we will be fighting hard and trying to get the maximum from the weekend, so that it gives us good momentum for the Singapore weekend later in September when we should be stronger and the track should suit the E22 a little better.”

McLaren have been chipping away, making steady progress with their car, and Spa finally edged ahead of Force India in the constructors’ championship. But they have work to do to solidify their slender, two-point lead, and they look increasingly like ending the year behind Williams for the first time in a decade (their 2007 exclusion notwithstanding). Force India’s points-scoring rate has dropped recently. But Nico Hulkenberg, who performed brilliantly at Monza last year, has high hopes for this weekend. “I expect us to be quite competitive there,” he said. “It should be better for us than Spa.”

“It’s all about power and top speed and we know the engine will be strong. We also have a new low downforce rear wing that we will use for Monza only.”

Giedo van der Garde will make another practice appearance – his seventh of the year – as rumours continue to link him with a return to racing for the team next year.

For their current race drivers it’s hard to see Sauber finally scoring their first points of the season at a power track like Monza.

The second team to call Monza their home grand prix, Toro Rosso have happy memories of Monza having taken their sole victory here thanks to Sebastian Vettel who scored their single victory in 2008.

A strong performance from Daniil Kvyat in Spa earned the rookie his fifth points finish of the season. Following on from another podium appearance by Valtteri Bottas in Spa, Williams will be expecting another strong showing on the calendar’s lowest-downforce circuit this weekend having identified this track as one of their strongest chances of competing for a win – perhaps even more so than their eye-catching performance in Austria.

“Monza could be a great track for our car,” said Bottas. “We have a track specific aero package that we will take, combine that with the strong power-unit and we could have a very competitive weekend.”

After Felipe Massa’s race in Spa was compromised after collecting debris from Hamilton’s punctured tyre, the Brazilian looks to bounce back around a circuit where he generally performed well during his Ferrari days.

Marussia’s priority remains staying ahead of Caterham and, ideally, Sauber. As usual Jules Bianchi is their best hope in that respect, and having settled his ‘contractual issues’ in Spa, Max Chilton will again be in the second seat.

Following Andre Lotterer’s short-lived grand prix debut at Spa, Caterham will allow Kamui Kobayashi to retake his race seat for the final European round of the season.

But Kobayashi will not get the privilege of running the entire weekend as Formula Renault 3.5 driver Roberto Merhi will have his first outing in a Formula One car in first practice.

If you’re heading to Italy for this weekend’s race, we want to hear from you.

30 comments on “Can Williams take the fight to Mercedes again?”