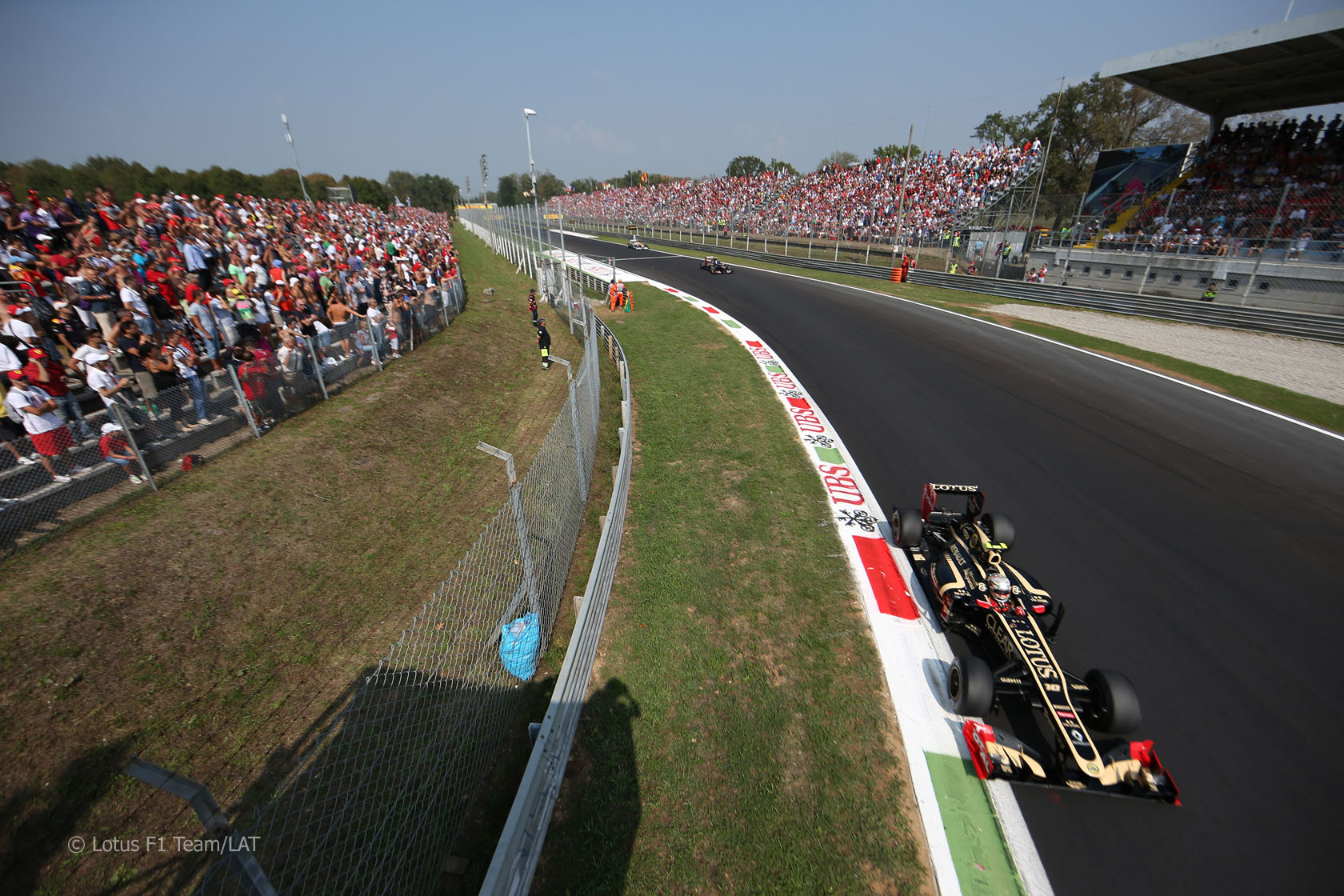 Formula One drivers have questioned the need to replace much of the gravel run-off at Monza’s Parabolica turn with Tarmac.

During today’s press conference several of them acknowledged the new solution was safer, but said some of the challenge of the corner had been taken away.

“I think the FIA a very, very conscious of safety and I think that’s nothing to shy away from, that’s a very important issue,” said Lewis Hamilton.

“But I’m old-school so I like the old circuits, back in the nineties when there was no Tarmac run-off areas and it was grass because even last year when you went around that corner you didn’t know, and I experienced it last year, I went wide through a mistake, and you paid for the mistake.

“But what is really important is if you have an incident the Tarmac does slow the car down better. It is a good move, but you can’t win both sides.”

Kevin Magnussen said he’s “not a big fan” of the new run-off.

“I think it adds to the experience of driving at circuits if there is a little bit of a bigger consequence of going off the circuit. [I’m] not saying that we should compromise safety but in my opinion I don’t think we’re making the track more unsafe by having gravel.

“It’s still an awesome circuit, I’m sure, and I’m still going to really enjoy driving it, I know that for sure. Haven’t driven it yet so we’ll see how it is.”

The McLaren driver’s view was echoed by Valtteri Bottas. “I really think last year was maybe a bit more challenging in a way,” he said, “because you were always in the exit going with the outside wheels going in the white line and you knew that if you go a couple of centimetres too wide that’s it, you go off”.

“But now it doesn’t matter if you go a bit over the white line, you just need to keep a least two wheels on the track and that’s it. But it’s still a good track, just one corner is less exciting.”

The FIA has said the change was previously requested by the drivers. But Fernando Alonso suggested that while some may have asked for the run-off at the entrance of the corner to be paved, to improve safety if the suffer a brake failure approaching the corner, the alterations went beyond what they had asked for.

“There had been some discussions in the past for the entry, probably, in case you have a brake failure or something,” he explained, “to have the possibility to go straight, get on the gravel and hit the tyres”.

“But probably from mid to exit of the corner [to have been paved], that was probably a surprise.”

However Nico Rosberg was more firmly in favour of the change.

“It was one of the more risky corners that we still had in our calendar,” he said. “It definitely makes things a lot safer and that is the right direction to go in.”