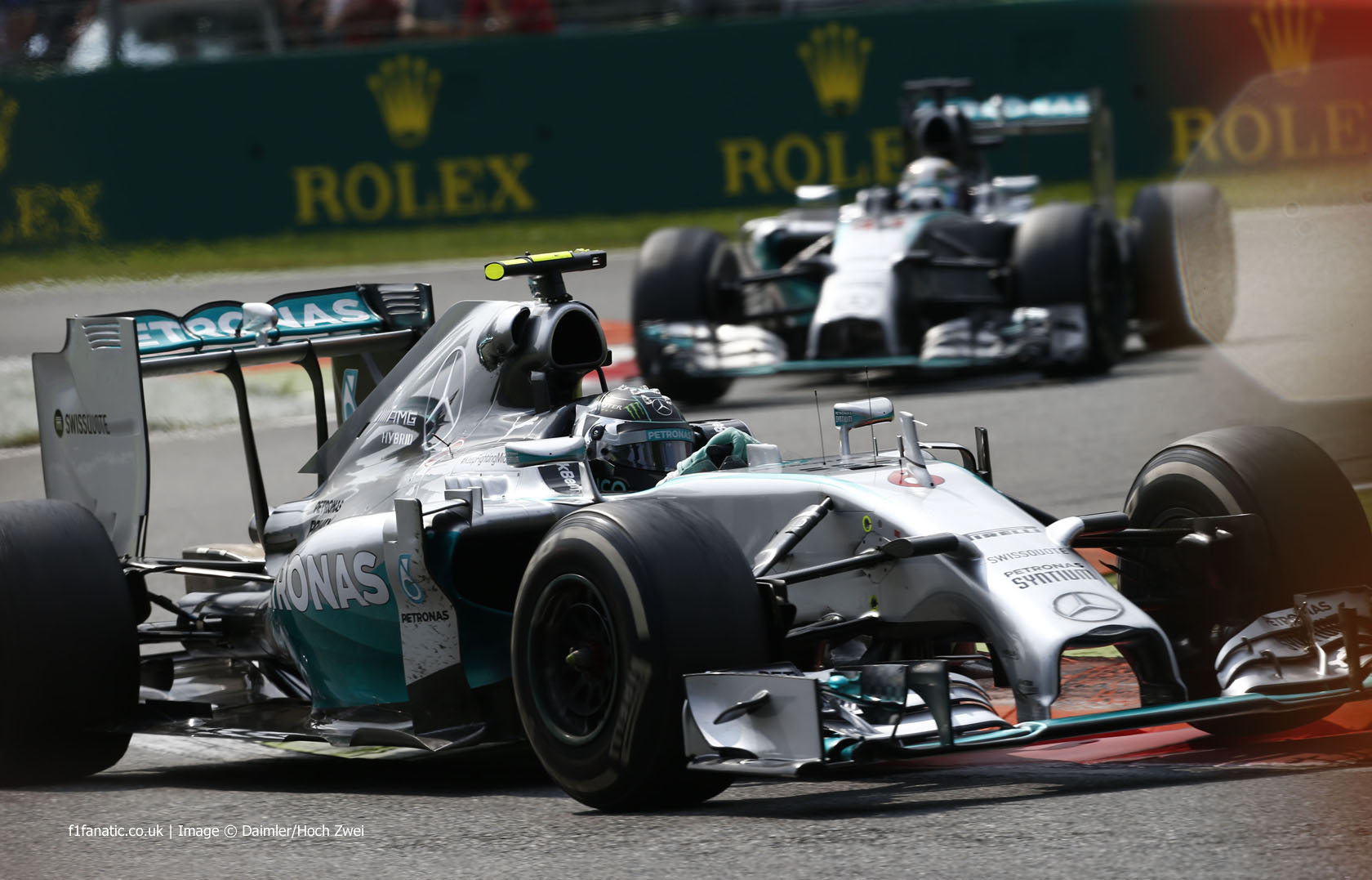 Nico Rosberg said he decided to cut the chicane during the Italian Grand Prix because he didn’t want to risk locking up his tyres and having to make an extra pit stop. Rosberg’s two mistakes ended up handing the victory to team mate and championship rival Lewis Hamilton. It prompted speculation from some that he had done so deliberately to repay Hamilton after ruining his race at Spa.

But Rosberg said he had simply done the sensible thing to avoid ruining his race.

“For me, of course, a disappointing day,” he said in a video on Monday. “I just messed up: Lewis was quick and so I had to step up my game a little bit and tried to get that little bit extra out of it and then messed up and locked up.”

“I could have made the corner but then the risk is so big that my front tyre would be square from the lock-up. So the safer way, the best way and the only way was to just go straight on, safe so I don’t have to do another pit stop to change tyres.”

Hamilton gave the same explanation for his team mate’s driving after the race.

Rosberg said the result was “not a disaster” because he only lost seven points to Hamilton in the championship. “I’m still ahead, now looking forward to Singapore and I want to extend the lead there again.”

Mercedes finish first and second for the seventh time this season at Monza. “That’s the result that the car deserves also,” said Rosberg. “Our car is so dominant, again in Monza, great to see.”