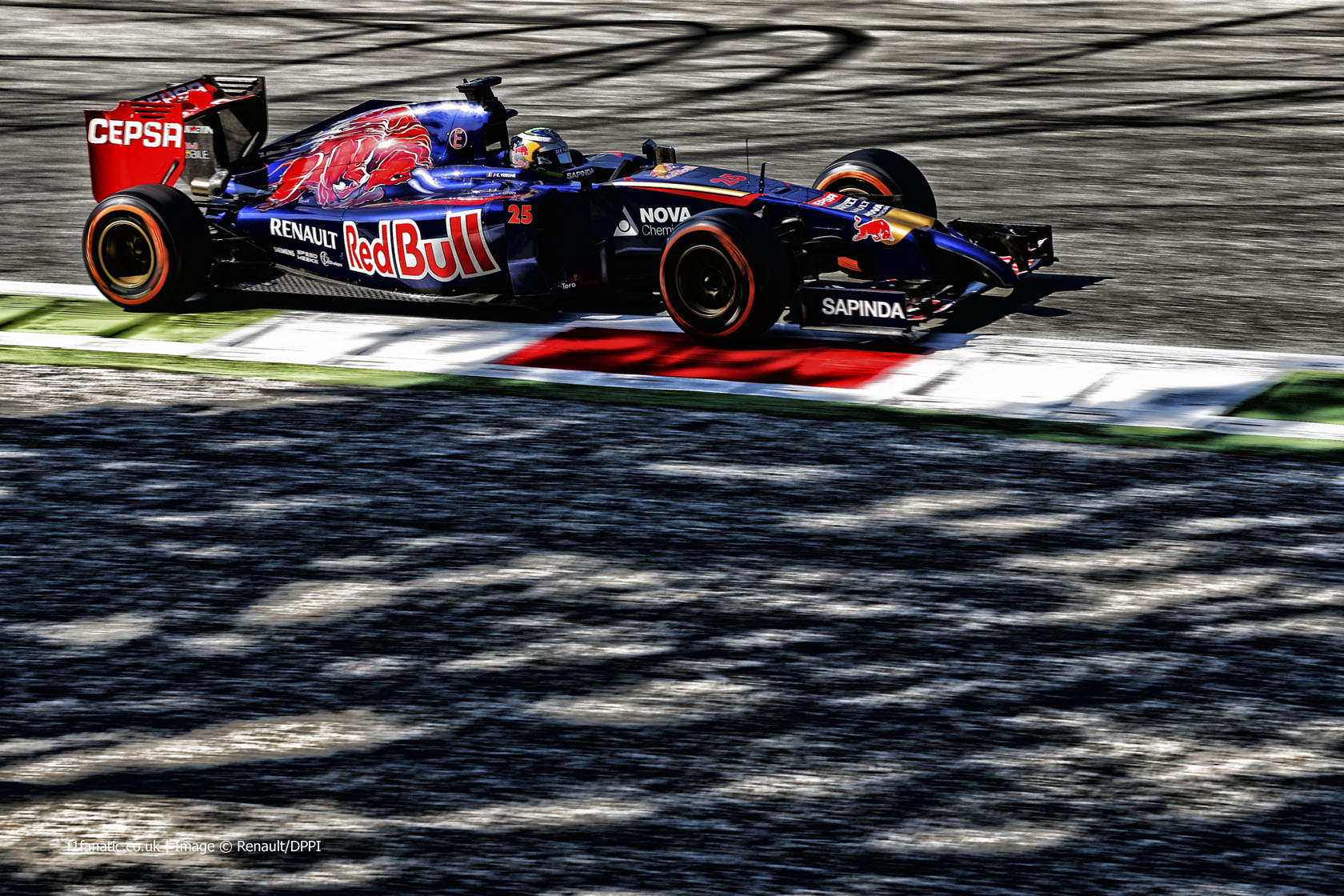 Ten of the best pictures which tell the story of the Italian Grand Prix weekend. “Approximately half the gravel around the outside of turn 11 (Parabolica) has been replaced by asphalt,” noted the FIA in the build-up to the race. It proved a contentious change, and several drivers said it had reduced the challenge of the corner. After being ousted from his Caterham seat for one race Kamui Kobayashi returned at Monza. He comfortably out-performed his team mate and beat both Marussias – but will we see him back in the car this year? These fans found a perilous but probably inexpensive vantage point from which to watch practice. Giedo van der Garde had another run in the Sauber on Friday. Jean-Eric Vergne was out-qualified by Daniil Kvyat, started nine places ahead of him due to Kvyat’s engine change penalty, but was behind him again at the flag. Not the kind of result he needs if he’s to find a team for next season. Ferrari president Luca di Montezemolo’s traditional Saturday morning appearance in the team’s garage at Monza took on a new dimension this year as rumours gathered pace that he won’t be in the job for much longer. Having been delayed at the start Lewis Hamilton caught his team mate, pressured him into a mistake at the chicane and seized the win along with a vital seven-point swing in the championship. Daniel Ricciardo also had ground to make up after a poor start. After relegating Kimi Raikkonen for ninth place he went on to take Jenson Button, Sergio Perez Kevin Magnussen and finally team mate Sebastian Vettel to finish fifth. Alonso’s ERS failed and Kimi Raikkonen could only manage ninth, meaning there was no Ferrari driver on the Monza podium for the first time in six years.

For the second race in a row Rosberg was jeered by the crowd and the boos didn’t subside much when he addressed them in Italian. “It’s obviously not nice but what can I say?” he said afterwards.

“I hope that with time they forgive and forget. That would be great. I have apologised, I can’t really do anything more than that.”