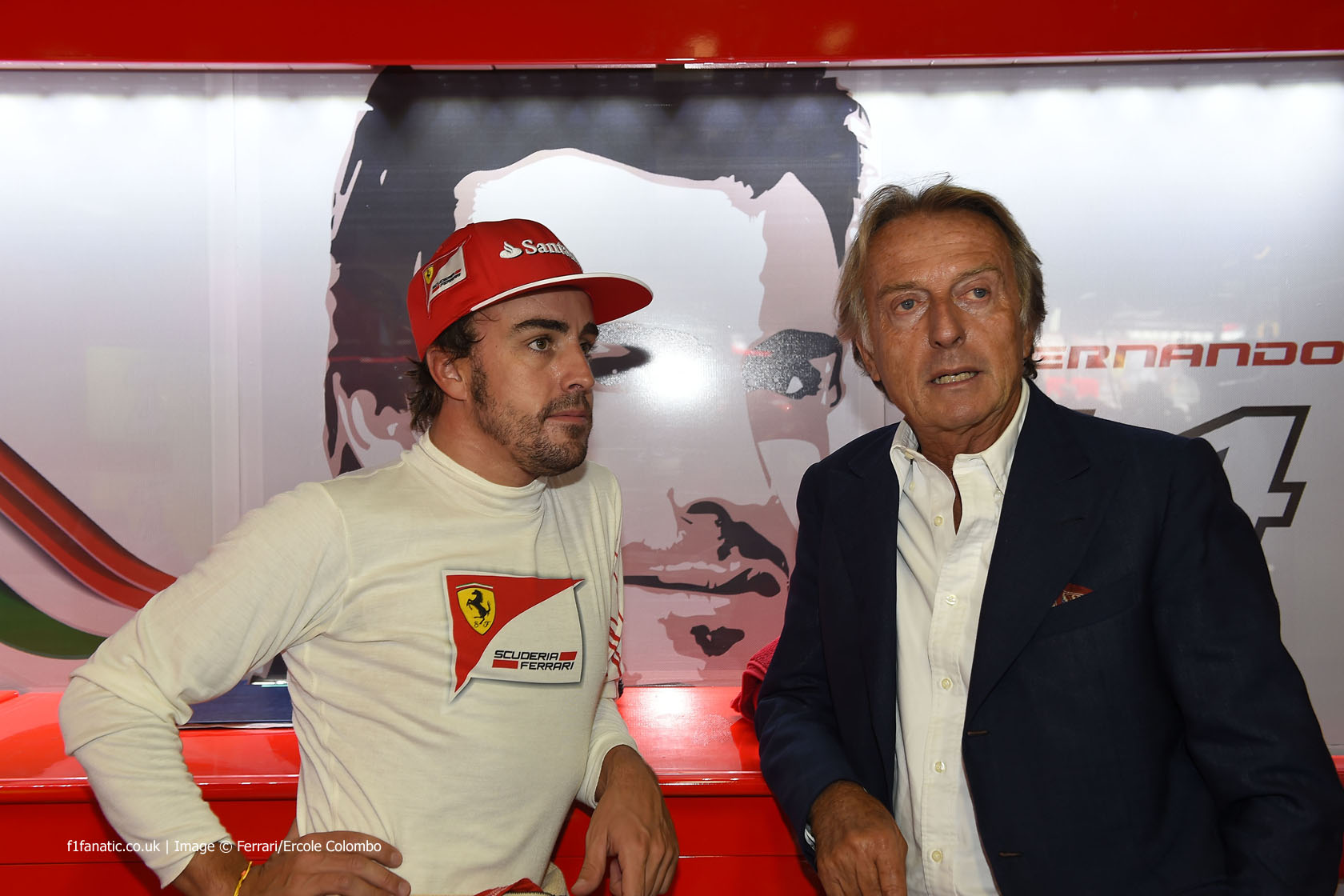 How much Luca di Montezemolo’s departure from Ferrari was due to the Formula One team’s lack of success in recent seasons, and how much it was to do with the strategy of their road car business, is a matter of debate.

Fiat Group CEO Sergio Marchionne made a pointed reference to the team’s failure to win a championship since 2008 earlier this week. But, as today’s Comment of the Day argues persuasively, matters outside Formula One are likely to have been the driving force.

Today’s news will inevitably raise questions about how long Ferrari’s fallow period in F1 is going to last. A piece of brilliance from Fernando Alonso in Hungary was the only time they looked like winning a race in the last 12 months.

What must hurt most at Ferrari was that so much hope had been invested in 2014 as the year when they would finally turn things around. Montezemolo in particular had repeatedly criticised F1 during the V8 era, complaining about the lack of opportunities for engine development and overwhelming focus on aerodynamics.

The 2014 rules package tipped the balance back towards engine development – Ferrari’s domain – yet they have come up with arguably the weakest power unit on the grid. Renault’s V6 may have been embarrassingly unreliable in testing, but Red Bull have still won three races with it.

Ferrari are the only team other than Mercedes to enjoy the advantage of building both engine and a chassis in-house, yet the differences between their two seasons could hardly be more stark. At Monza they slipped behind Williams in the championship – a team with a far smaller budget than Ferrari’s.

Montezemolo’s response to Ferrari’s poor start to the season was to pile yet more invective on F1. Embarrassingly, he discharged both barrels on the eve of the Bahrain Grand Prix, ridiculing the sport as a feeble contest for fuel-sipping taxi drivers, only for race day to provide a blistering contest in which his struggling F14 Ts only figured when they were being overtaken.

That woeful performance provided the catalyst for team principal Stefano Domenicali’s departure. He joined a succession of staff who have carried the can for Ferrari’s failures over the years – Chris Dyer after a strategic error cost Alonso the 2010 championship, Aldo Costa when they failed to equal Red Bull’s aerodynamic inventiveness, and Luca Marmorini when the 2014 power unit came up well short.

It’s an unfortunate irony that Ferrari’s bravest move in decades – re-hiring Kimi Raikkonen to form their strongest driver line-up in decades – coincided with production of one of their worst cars in some time.

Both drivers must be wondering what today’s development means for the team’s short-term future. Particularly Alonso, now in his fifth year with the team, who arguably only had a championship-worthy Ferrari in his first season with the team.

If the new administration are planning more sweeping changes, how much longer will he have to wait to get his hands on a potential title-winner? Despite his recent assurances that he wants to stay at the team, it’s not hard to imagine how the entreaties of McLaren-Honda might start to sound more appealing. Luca di Montezemolo began working for Ferrari in 1973. The 26-year-old was personally appoined by Enzo Ferrari straight after his graduation from Columbia University.

Montezemolo quickly won over those sceptical over the appointment of such a young and inexperienced sporting director as the team returned to winning ways courtesy of designer Mauro Forghieri, and drivers Niki Lauda and Clay Regazzoni. Under his stewardship the team ended a championship drought which had lasted almost a decade.

However it proved a temporary association as he quickly was promoted elsewhere within Fiat. He eventually returned in 1991, three year’s after the death of the team’s patriarch.

By now the severity of the team’s troubled could be judged by the fact they had just fired Alain Prost, the driver who had won more races than anyone ever, for pointing out the obvious fact that their car was no good.

A long rebuilding process began, and even once the ‘star team’ of Jean Todt, Ross Brawn, Rory Byrne and Michael Schumacher had been assembled it still took until 1999 for their first championship triumph, and another year for Schumacher to claim the coveted drivers’ title.

That began five years of domination of the sport – the standard by which all future Ferrari teams will inevitably be judged.

NB. Ferrari’s top driver scored some of their points for other teams in 1955, 1960, 1966 and 1973. Michael Schumacher was second in the 1997 points standings before being excluded for colliding with Jacques Villeneuve.

51 comments on “Will Ferrari’s slump go on after Montezemolo exit?”