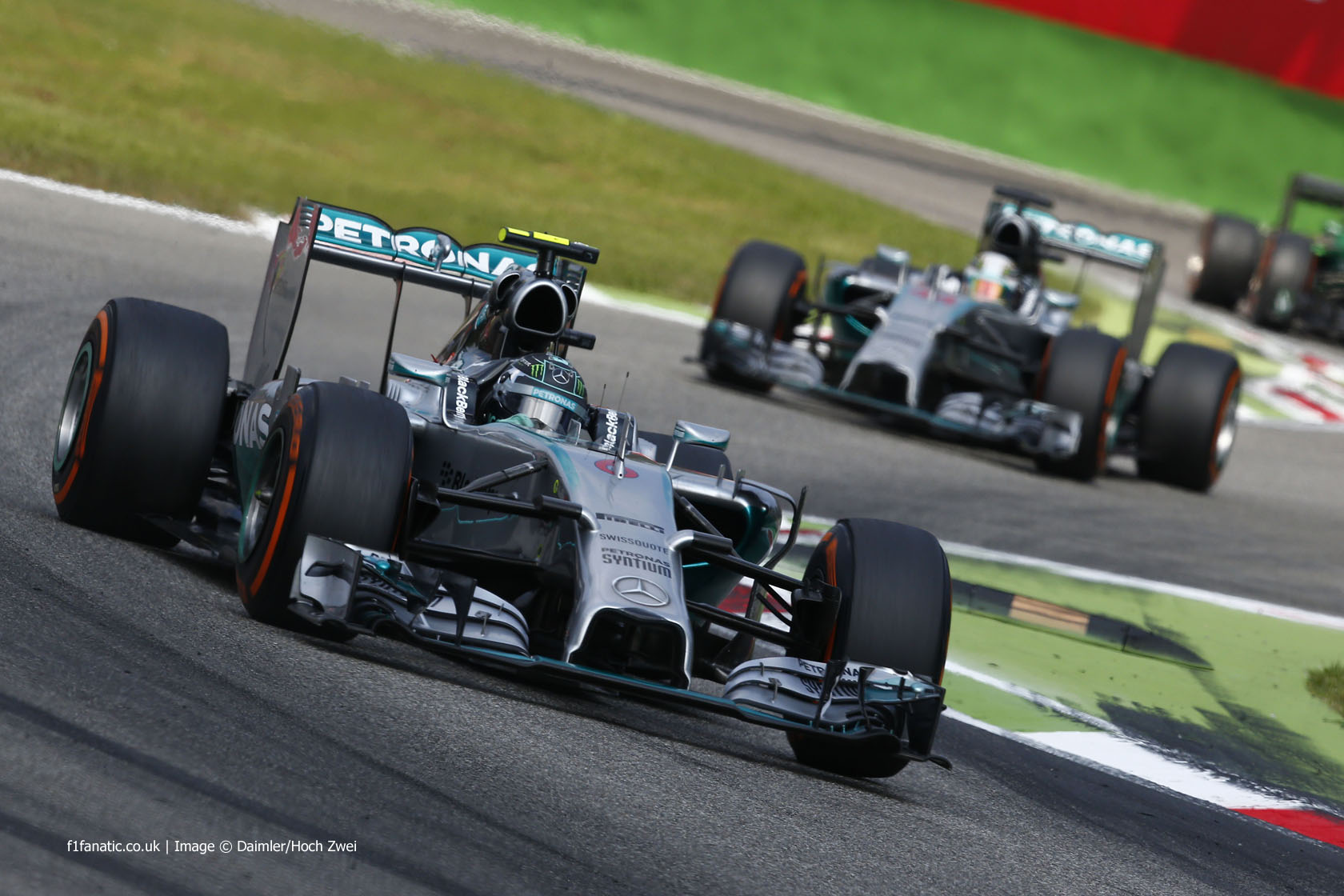 In the round-up: Mercedes’ motorsport boss Toto Wolff says the team’s approach to letting its drivers fight for the title between themselves is groundbreaking.

Toto Wolff: “It is so intense and we are breaking new ground in letting the boys race in the way we do. So we are bound to make mistakes.”

Singapore GP – Into the night (Ferrari)

Engineering director Pat Fry: “At this stage of the season, the focus in the factory is shifting more towards next year’s car. However, there is still quite a lot we can learn from track testing, therefore we will be bringing some specific test components for next year and other developments for the F14 T, which will help our understanding for next year.”

“Everything can change pretty quickly in Formula One in two or three races. The situation is different. Maybe we have the opportunity to fight for the second place.”

“For us the priority is to try to beat Ferrari, but you never know, anything can happen.”

“Although it was only taking place for two days a week, so that Mr Ecclestone could run F1 at the same time, the strain was still showing and in May the trial was postponed for a week because he had developed a chest infection.”

Great day in simulator. Practising sochi & getting used to no radio comm. Its good, the racing becomes more pure pic.twitter.com/D9OorRiDtL

Following various rumours about who might be driving for Caterham this weekend, looks like Kobayashi and Ericsson as usual. #F1

The #F1 is here and causing all kinds of chaos! I know many of the locals aren't keen, but I just love the buzz

Why the haste to introduce the new restrictions on team radio messages?

I feel sorry for the race engineers. With next to no preparation, they have to tread very carefully or risk penalising their own driver.

Why this can’t be brought in for 2015 I don’t know, other than to introduce a random element to make the show more exciting.
@John-H

Happy birthday to Ukk and Texagf1!

Happy birthday to former F1 driver Marc Surer who is 63 today. His F1 career was curtailed by a serious rally crash in 1986 in which is co-driver was killed. The year before that he earned a mid-season promotion to Brabham and often impressed in the races only to suffer poor reliability. He now commentates on German Formula One broadcasts.