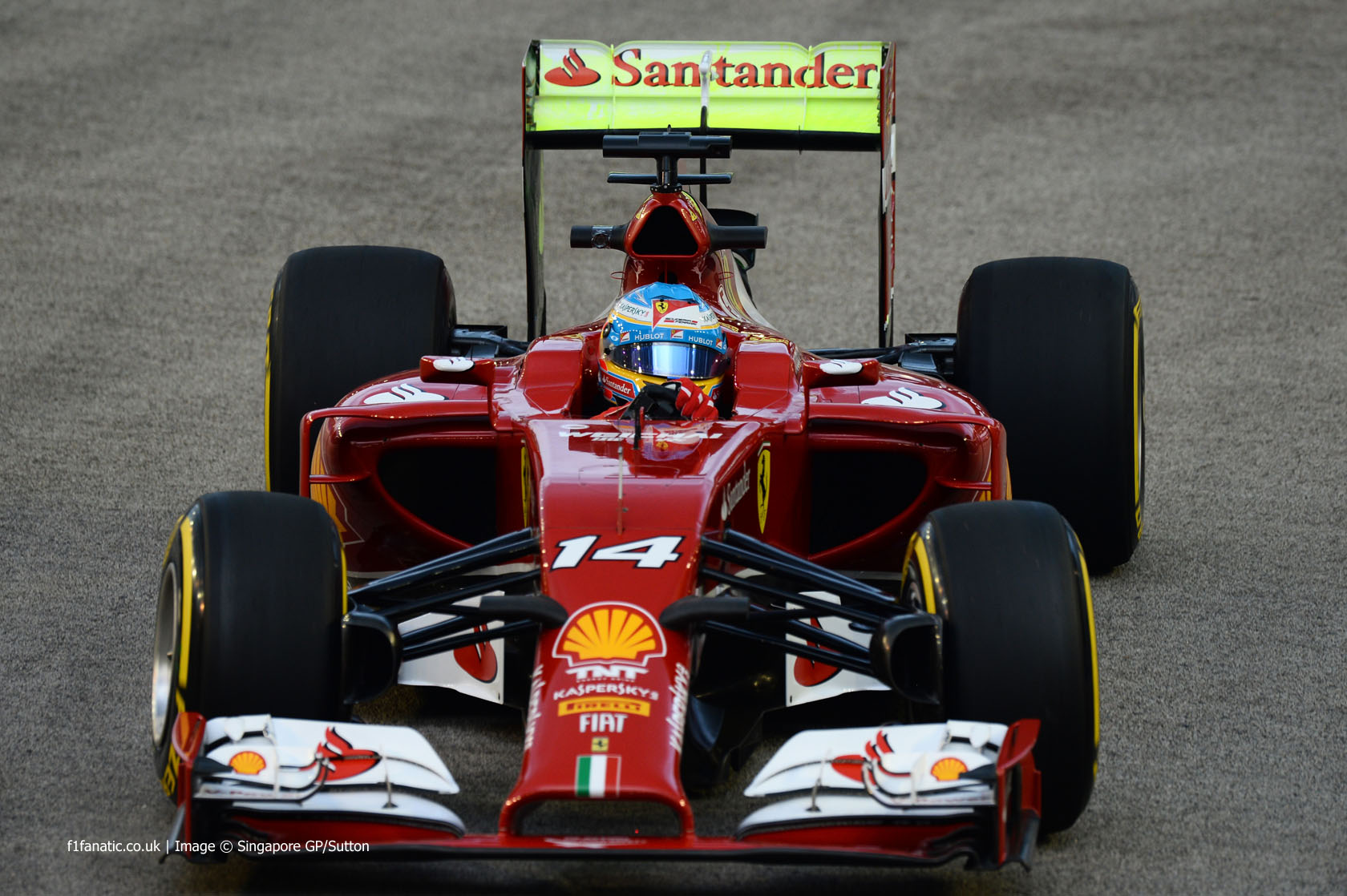 Fernando Alonso edged the Mercedes drivers by a tenth of a second in the first practice session for the Singapore Grand Prix.

The Ferrari driver set the quickest time of the first 90 minute session using the soft tyres – the same compound used by all 22 drivers.

Behind the Mercedes pair were the two Red Bulls, led by Sebastian Vettel. However the world champion came to a stop moments before the end of the session, suspecting a failure in his car’s Renault engine.

He was far from the only driver to hit trouble on one of the most punishing venues on the calendar. Jean-Eric Vergne, who was sixth-fastest, also hit trouble in his Toro Rosso. The team detected a battery problem on his car early in the session, and shortly before the end he stalled at the pit lane exit as a result of the fault.

Kimi Raikkonen came into the pits with a burning front-right brake disc. He ended the session seventh ahead of Jenson Button.

Daniil Kvyat made it two Toro Rossos in the top ten, but was frustrated by his car’s handling as well as being held up by Nico Hulkenberg. The frustrated driver referred to his rival’s driving as “stupid”.

The revised restrictions on team radio communications had little consequences during the session, though both Lewis Hamilton and Vergne found that enquiries about their performance relative to other cars went unanswered as their engineers are no longer allowed to supply that information.