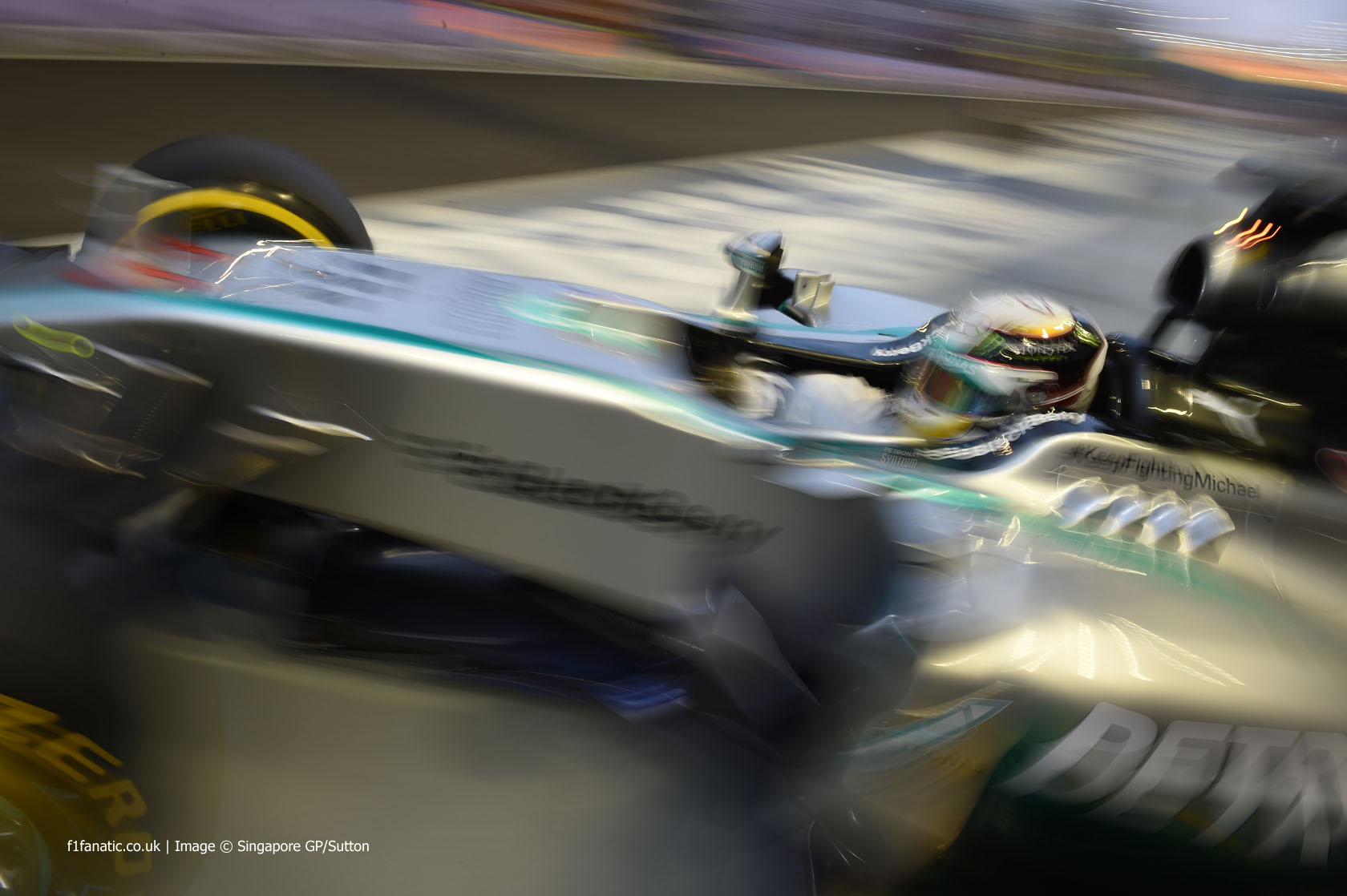 Lewis Hamilton was quickest in the second practice session which was disrupted after Pastor Maldonado crashed.

The Lotus driver ran wide at the exit of turn ten and hit the wall on the right. He was unhurt, but came to a stop and brought out the red flags.

The timing of Maldonado’s crash disrupted the runs of several drivers who had put on the super-soft tyres for their qualifying simulations. They included Nico Rosberg, who had just gone fastest in the first sector, but ended the session 13th-fastest.

Hamilton set his best time after Maldonado’s car had been recovered, and with the super-soft tyres around two-and-a-half seconds than the soft tyres, he set the quickest time of the day.

Mercedes did not have as large an advantage over their rivals as usual. Fernando Alonso was second, just over a tenth of a second slower, with team mate Kimi Raikkonen a few tenths behind.

Daniel Ricciardo did much of Red Bull’s running while Sebastian Vettel’s car was repaired following his engine failure at the end of first practice. The team completed the work in time for him to do five laps at the end of the session and set the fifth-fastest time.

The Singapore heat continued to take its toll: Max Chilton came to a stop when the turbo on his Marussia’s Ferrari engine failed.

45 comments on “Hamilton hits the top, Maldonado hits the wall”