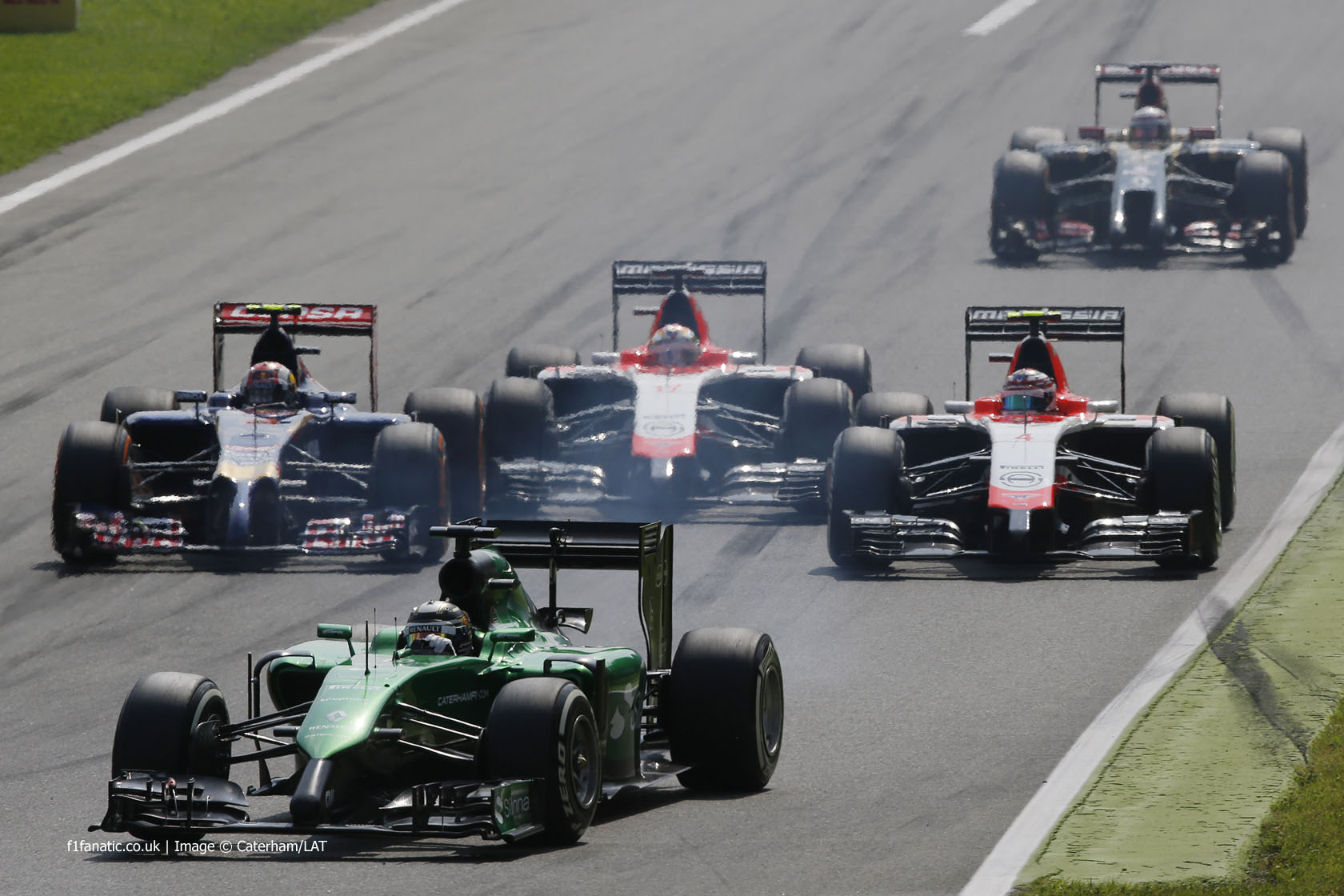 F1 team principals believe the sport needs to do more to prevent existing teams from dropping out instead of preparing to replace them by allowing larger teams to expand to three-car entries.

If the sport continues to lose teams, others could be required to enter third cars to keep grid numbers up. But Force India’s Vijay Mallya pointed out the sport could help sustain vulnerable teams by distributing its revenues more fairly.

“I’m a firm believer, as I’ve always said, that every effort should be made to make sure all the teams, big and small, survive and race,” said Mallya during today’s press conference. “That’s part of the DNA of Formula One.”

“But the regulations and the agreements do provide that if the grid is less than 20 cars then participating teams will race a third car. So that’s something everybody signed up to as well. I hope it never comes to that.

“As I said I think the DNA for Formula One should be preserved. I will repeat once again that I will try and persuade the decision-makers, the commercial rights holders, that they should look very seriously at a more fair and equitable revenue share model so that we don’t have to answer such questions all the time.”

Claire Williams echoed that view, saying the sport should do more to look after the teams it already has.

“To be having this conversation now shows just where we are as a sport,” she said. “We need to be working harder to ensure that we protect the teams we have on our grid, to ensure that competition that I don’t necessarily think having three-car teams brings.”

“We want to have a healthy grid of ten teams all fielding two cars, not four teams fielding three cars. That’s not, for Williams, that’s not the DNA of our sport.”