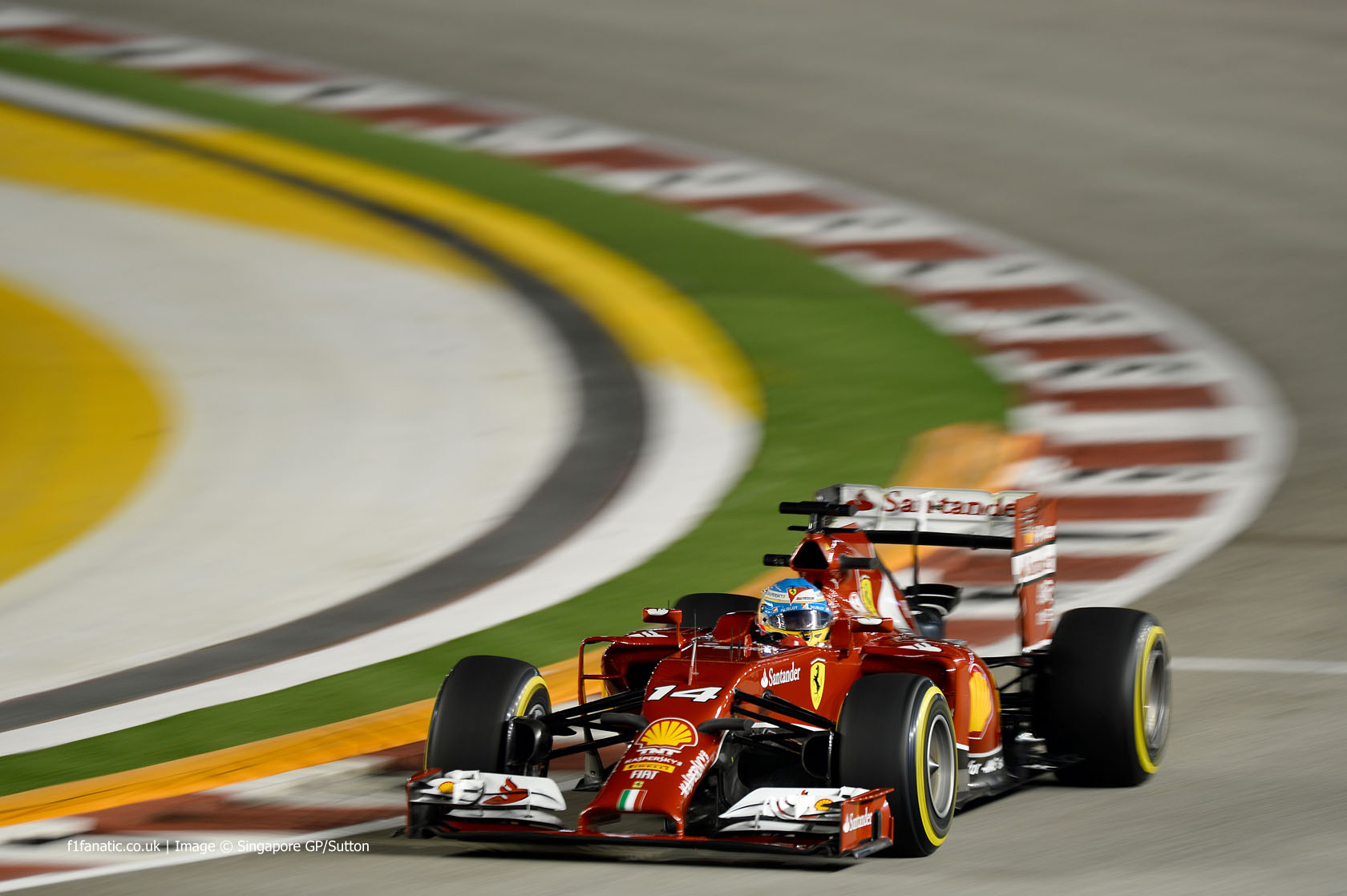 Fernando Alonso kept the Mercedes drivers off the top of the times in the final practice session at Singapore.

And the dominant silver cars weren’t second-fastest either, as Daniel Ricciardo set the next best time. The Red Bull driver ended the session just five-hundredths of a second off Alonso after losing time behind Valtteri Bottas at the end of his lap.

Nico Rosberg was the first driver to begin his performance run on super-soft tyres, having ha to abort his run when Pastor Maldonado crashed yesterday. His 1’47.488 was beaten by Alonso shortly afterwards.

Lewis Hamilton couldn’t improve on his team mate’s time, ending up a quarter of a second off Rosberg’s best effort. He had a dramatic moment earlier in the session when he almost spun his Mercedes into the barriers at turn nine. The pair were then split by Jean-Eric Vergne and Sebastian Vettel.

The two Williams drivers showed better pace, both comfortably inside the top ten. They were joined by the second Ferrari of Kimi Raikkonen and – surprisingly – Esteban Gutierrez’s Sauber.