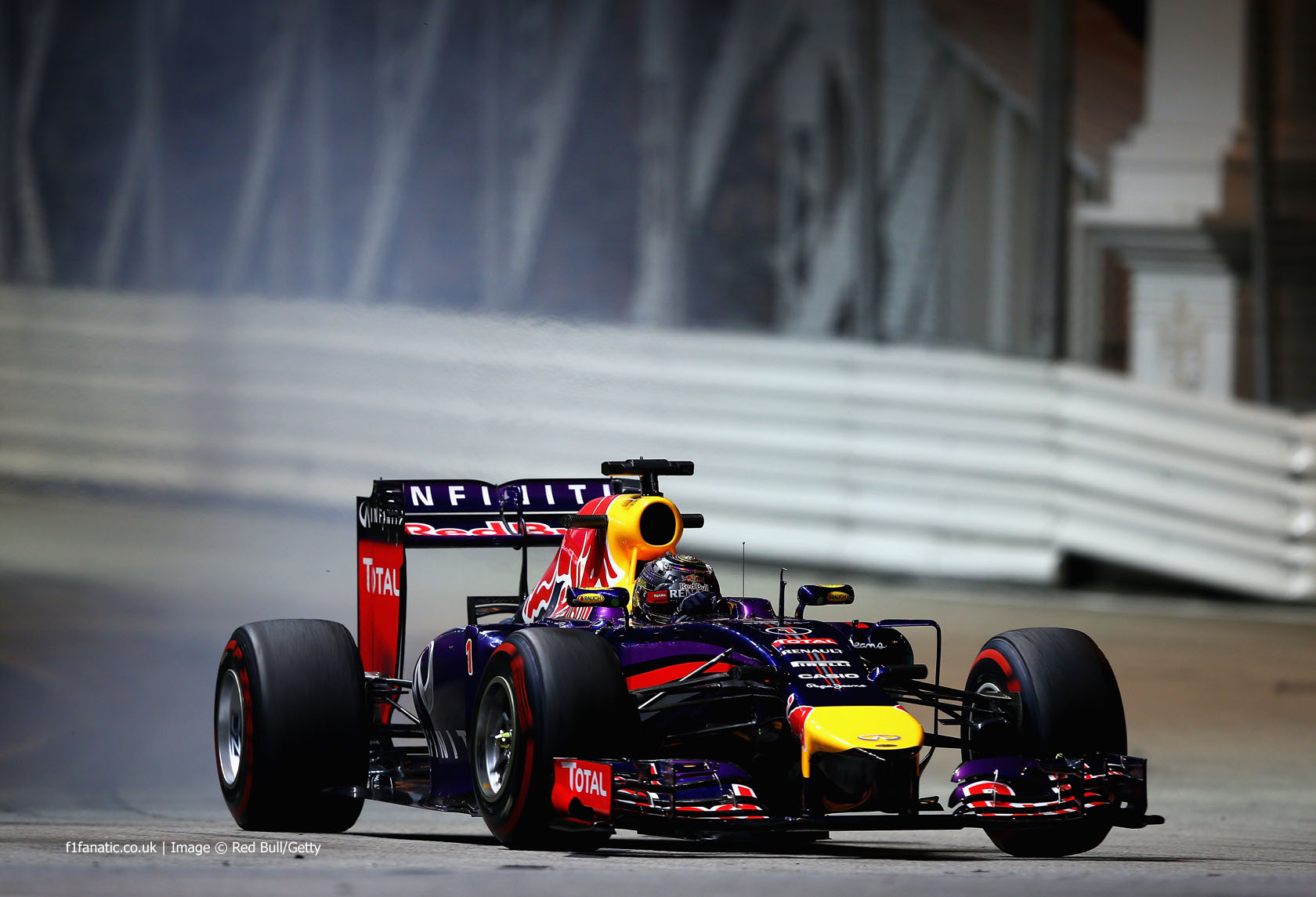 In the round-up: Sebastian Vettel believes Red Bull will be more of a threat to Mercedes this weekend.

“I think we are closer than at previous races. We’re here to fight and we have a good car this weekend.”

‘Five laps better than nothing’ (Sky)

Vettel: “The fact we’re allowed to receive messages about engine management made our lives a lot easier. But in terms of coaching and stuff, I don’t think we were excessive on that.”

Renault head of trackside operations Remi Taffin: “The engine was at something like half-life, so it was quite a surprise and quite a shame, because we still had a small chance to go through the season without introducing a sixth unit. “With this failure, we will have to commit to a sixth ICE.”

Charlie Whiting: “When one looks into it in more detail it became quite clear that some teams would be at a serious disadvantage compared to others. Not just in their new know-how or their ability to react in the short term, but also in hardware choices that were made a year ago.”

“I think it would have to be a sporting penalty, as opposed to a monetary one. If it happened it might be, I emphasise might be, a 5s time penalty for example if it happened in practice it might be a grid position or something like that.”

“Q: It is likely that in the next few weeks most of the 2015 drives will be decided. Are you going up and down the paddock, speaking with teams?
JEV: These are things that I do, but I don’t want to talk about it. But there is no help from Red Bull. My paramount focus right now is to finish the season on a high.”

Radio beeps to indicate gear-change points are allowed. "That's just the same as a rev counter. It's not a driver aid," Whiting says

F1 question on #TheChase! Which team did Sebastian Vettel win his F1 title for? The contestant guessed @InsideFerrari…. maybe next year…

Will F1 inevitably see fewer teams in the near future?

It has been obvious for some time what direction Bernie wants F1 to move in. Now that he has less legal distractions it seems like his focus is back on moulding F1 more to his personal liking. Much of that focus appears to be rewarding the big time players at the expense of the less wealthy teams, track promoters and ultimately the fans.

What kind of dynamic do we want in F1? More teams with more personality and diversity of styles and characters? Or, do we want F1 to be more of a large corporate conglomeration with more conformity and less diversity?

The ‘garagistes’ are long gone, but that spirit lives on in the smaller teams, Marussia for example, and it gives F1 more of an ‘everyman’ appeal. Seems Bernie would have a more exclusive club mostly for those fans who already possess a Ferrari, Tag Heuer and a yacht. Too bad for everyone else. F1 with no real underdogs.

If there are only seven teams with three cars each in 2016, what would that look like?

Ferrari, Mercedes, Red Bull, Toro Rosso, McLaren, Haas and Williams? (If Williams can survive, or would it be Sauber or Force India?) Or pick one as an eighth team if that many can survive against the onslaught of the super-rich Bernie approved teams. Likely Lotus, Caterham and Marussia would be kicked to the curb.

Our preference may not matter much, but what kind of F1 do we want to see?
@Bullmello

Jacky Ickx muscled his way past new champion Jackie Stewart to win the Canadian Grand Prix at Mosport 45 years ago today. With Stewart out of the running, Jack Brabham made it a one-two for his team, followed by Jochen Rindt’s Lotus.

30 comments on “Red Bull have narrowed gap to Mercedes – Vettel”