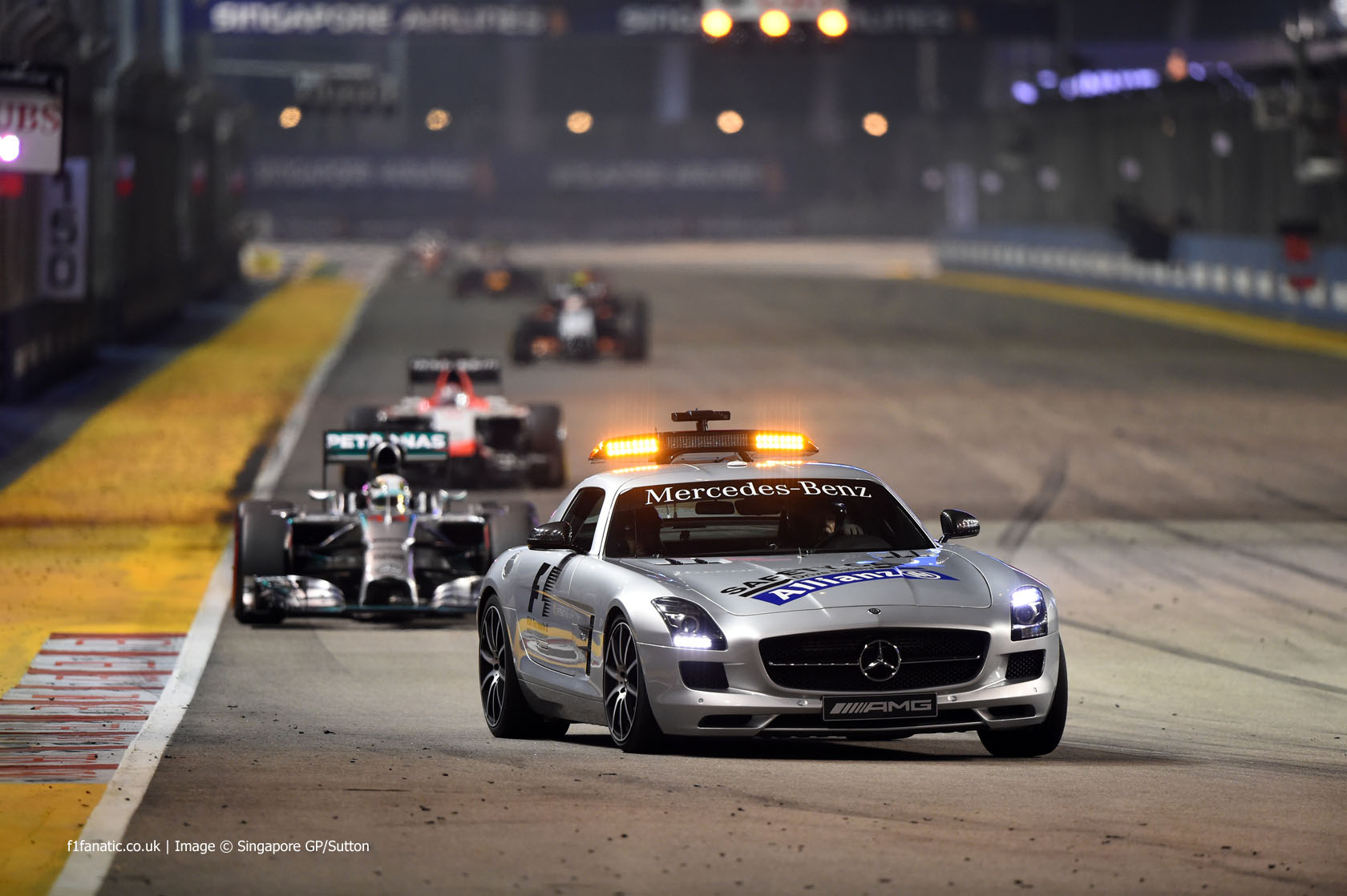 The Singapore Grand Prix has become the one round of the season where F1’s strategists can almost take it for granted that the Safety Car will play a role. This was the seventh running of the race, and as in the six previous events the Safety Car played a role.

For most of the teams it was a question of trying to make it to the end of the race without a further pit stop. Some such as Red Bull had already put their drivers on the harder soft tyres for what was supposed to be their second stop of three – instead it became their last.

“We went onto the [super-soft] tyre at the first stop,” explained Red Bull team principal Christian Horner. “By the time we got to the second, Fernando [Alonso] had got the undercut on us, so we went onto the different tyre to change the strategy.”

This was the logical thing for Red Bull to do. Had the Safety Car not come out, they would have been able to attack Alonso at the end of the race by switching back to the super-soft tyres while he was on softs.

But as it turned out the Safety Car was needed, and Ferrari were forced to sacrifice Alonso’s track position to get him on a set of tyres he could run to the end of the race with.

Williams began the race using an aggressive three-stop strategy for Felipe Massa which jumped him ahead of Kimi Raikkonen. He made his second pit stop on lap 23, earlier than anyone else last year, and having switched to the soft tyres he was able to run to the end of the race, which proved handy when the Safety Car came out.

“The grip levels were very low in the final few laps,” said Massa, “but I had a big enough gap to sixth place to ease the car home”.

Massa’s strategy was bad news for Raikkonen. “From then on I found myself stuck behind a Williams for the entire race,” he said.

“Unfortunately, every time I managed to get close, I lost aero performance on the rear and on top of that, tyre degradation was very high.”

The team who impressed most in the pits was McLaren, who set the four fastest pit stop times of the race, and all five of their stops ranked inside the top seven.