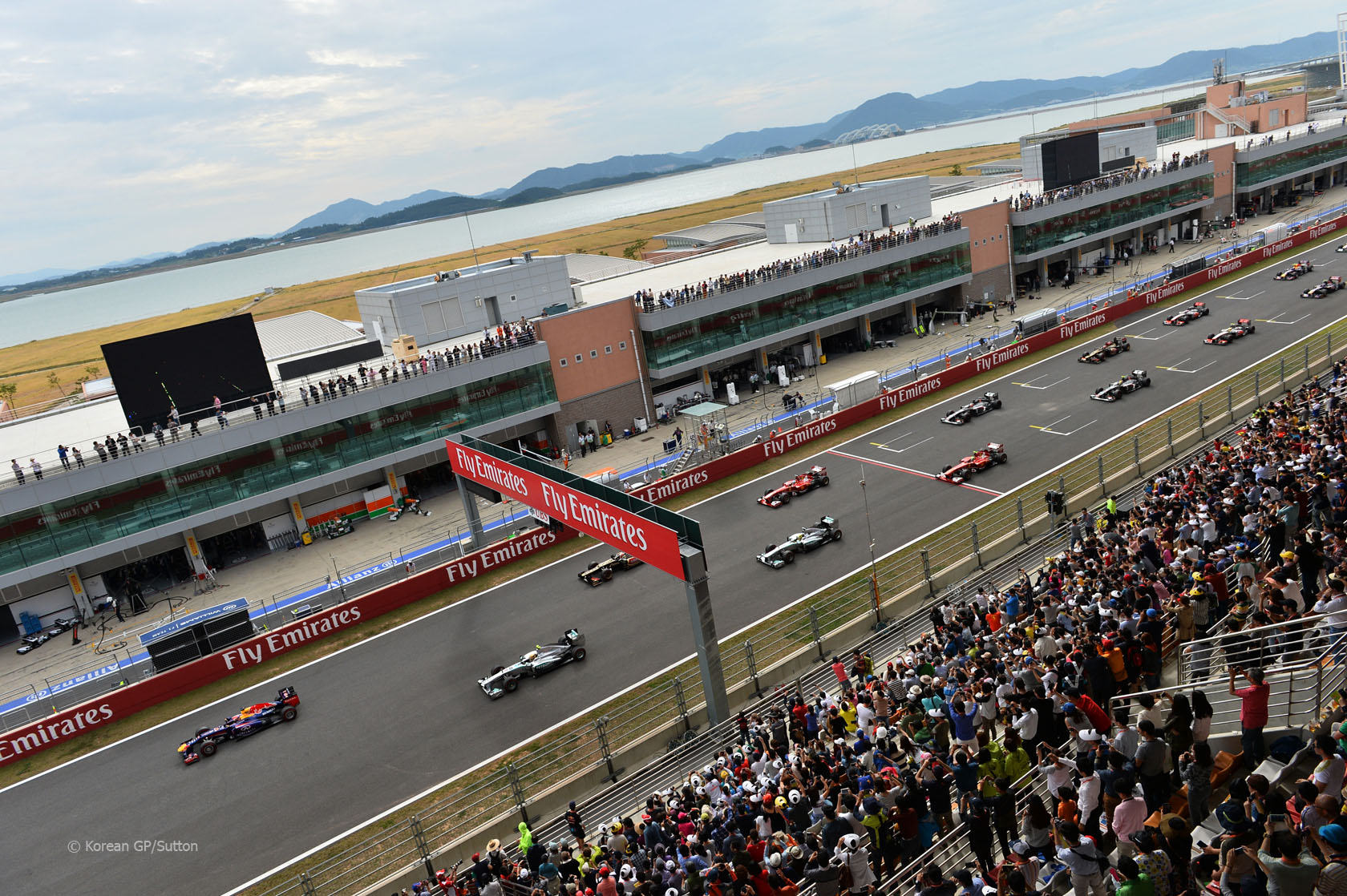 In the round-up: South Korea is aiming to return to the Formula One calendar in 2016.

“South Korea is making another attempt at the Formula One world championship and this time promoters want to emulate Singapore’s success by staging a night street race in 2016 in the centre of Seoul, the country’s capital.”

Eric Boullier: “It was a strange message. Once would have been OK, but twice or three times is a bit strange.”

Fernando Alonso: “I gave back one position because I thought that was more or less fair…” (Adam Cooper’s F1 Blog)

“I gave back one position because I thought that was more or less fair. I was waiting for instructions from the team, on lap two they told me that race direction was OK with only one position, and we kept pushing all the race through.”

“I’m not worried in any way about that. I’m pretty happy I’ll be here next year, and I feel I’m doing a good job right now.”

“When asked if we could expect the announcement at the forthcoming grand prix, Boullier’s response was blunt: ‘Absolutely not, there are no plans to announce anything yet.'”

Christian Horner: “Both have mathematically got a chance. It’s a long shot and it’s down to them racing each other on the track. It would be wrong to interfere with that in the situation we’re in and let them race as we saw.”

Hamilton: now I have father I always wanted (The Telegraph)

“I remember when I spoke to you [journalists] a few years ago when I parted with my dad as manager. I said to you I can’t wait for the day that he’s here just as my dad, and that’s what you’re seeing.”

“Demonstrated to an exclusive group of broadcasters, the live delivery highlighted the next generation 4K broadcast capabilities afforded by fibre-optic cable, as well as illustrating how the future of 4K sports broadcasting could look.”

“David Coulthard powerfully explained to me on Friday why the clampdown was pointless, because information will be communicated to drivers in other ways. The 13-time race winner said that the move was more about perception than anything else.”

@KevinMagnussen Some newspapers (Sun, Tele, Mirror) wrote that Kevin because that is what your own PR department is saying. @TheBishF1 #f1

@mclaren_woking Rubbish Chris, I said McLaren had lost the Diageo title sponsorship deal they were negotiating.They have admitted as much

@Atticus-2 believes Alonso should have followed Hamilton’s strategy when the Safety Car came out:

He’d have had clear track ahead of him, and on the super-softs – based on the early stints – he could’ve more or less been able to keep Lewis’ pace. Even if, say, he’d have got 10s less in the bag, he’d come out behind Massa and no straight-line speed difference would’ve kept the Williams in front, not to mention the Red Bulls.

This was clearly the better strategy option as underlined by the excellent pace and progress of others, who chose it – Vergne and Perez. (Magnussen and Kvyat did so as well, but they had issues, so their pace was not representative.)

This all sounds like a ‘Monday morning quarterback’, but considering even I realized the softs are not much more durable than the super-softs (Pirelli indicated that on Friday), surely they should have known it as well.

Even if not, it still bugs me that even in retrospect, Alonso and company say that they think their strategy was good when it clearly wasn’t.
@Atticus-2