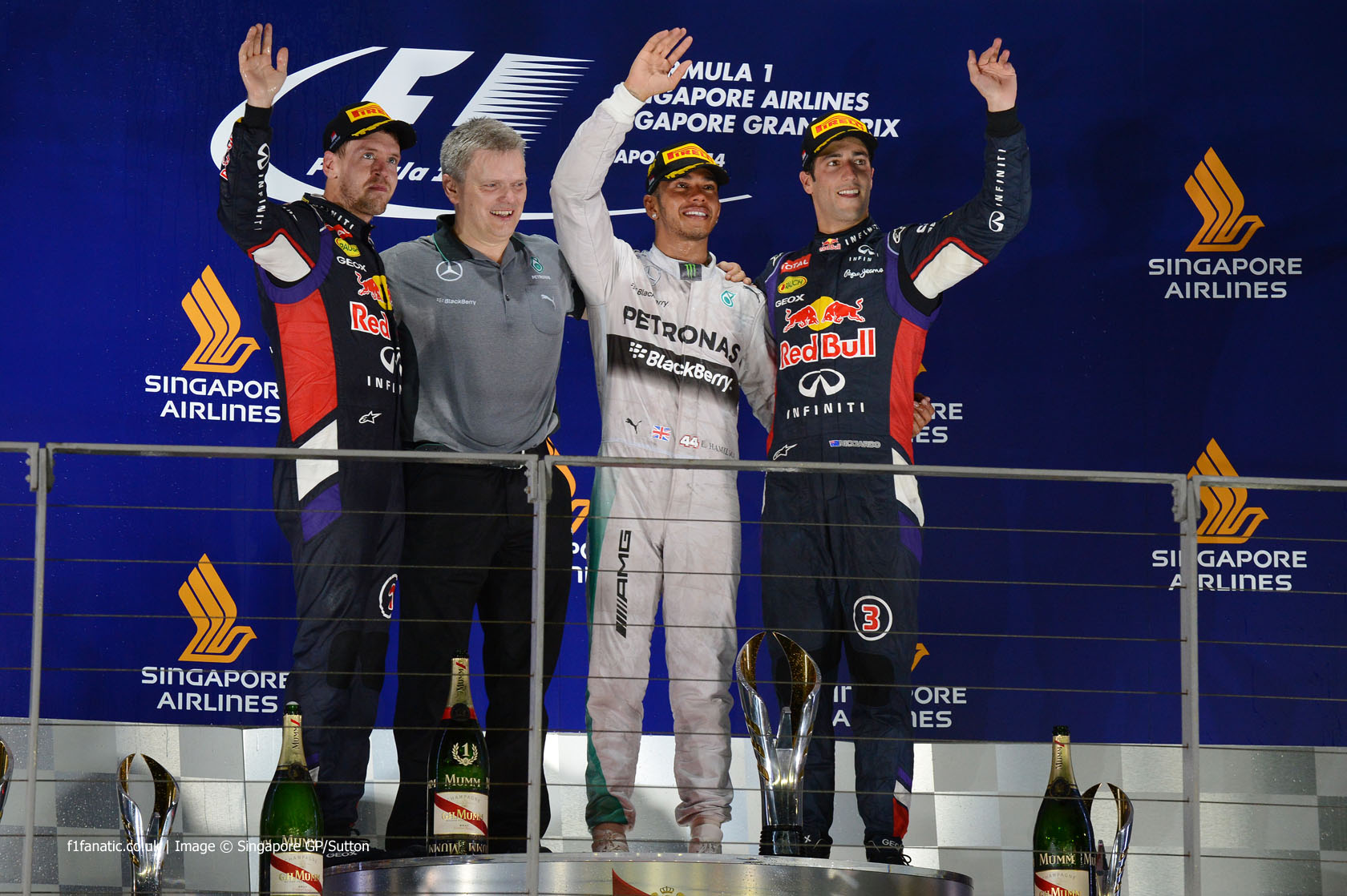 Only one player took the top score in the Singapore Grand Prix Predictions Championship round – but there were 60 players tied for the runner-up spots.

Alex Brown posted the best predictions this weekend, and after the pole position time tie-breaker was used @Gustavo920 took second place ahead of @Lotusien2.

Among those who tied in second place was @Brouard21, who has taken the lead in the overall championship standings.