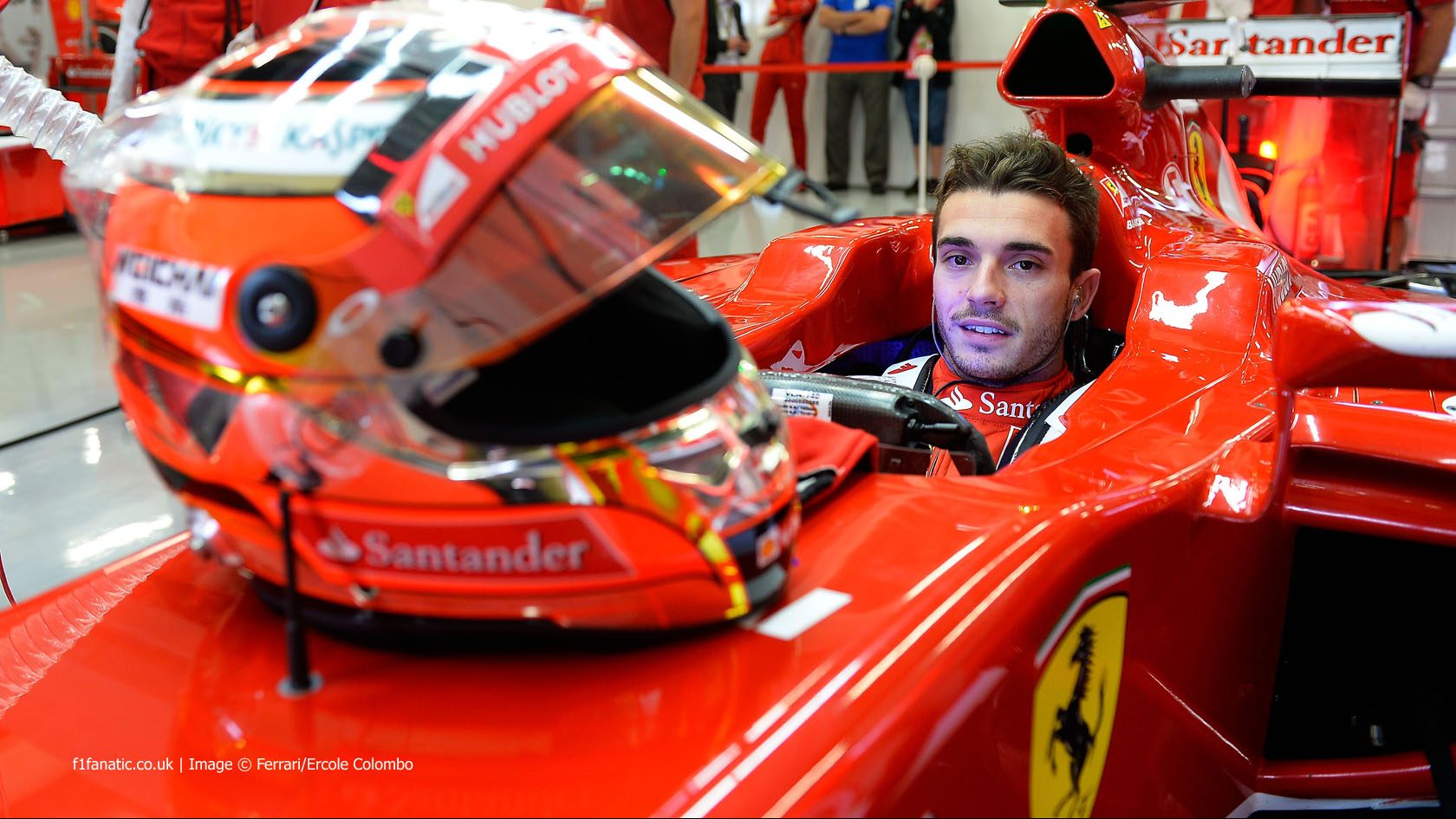 Jules Bianchi says he is prepared to move into a seat at Ferrari if the opportunity arises.

With rumours suggesting Fernando Alonso could leave the team before the end of his contract and Bianchi distinguishing himself by scoring Marussia’s first points in Monaco earlier this year, the Ferrari development driver has been tipped for a promotion to the team.

“Well yes of course I feel ready,” said Bianchi during today’s press conference at Suzuka. “I’ve been looking for that since I’ve been in the academy end of 2009.”

“So now I did nearly two seasons in Formula One I think I have good experience and I feel ready for that, for sure. It looks like the logical step for me if something happen like this.”

However Bianchi, who tested for Ferrari at Silverstone this year, admitted there was no vacancy at the team for now. “Obviously at the moment both drivers have a contract so it’s not a question but if there is an opportunity I think it will be good for me and I feel good.”

Bianchi added he is pleased with his season so far despite not returning to the top ten since Monaco.

“You can always do better for sure but I think it was a good season for me,” he said. “I’m still trying to do my best in the next races we’re going to have and we will see. But for sure I did my best and I have no regrets.”

27 comments on “Bianchi ready for “logical step” up to Ferrari”