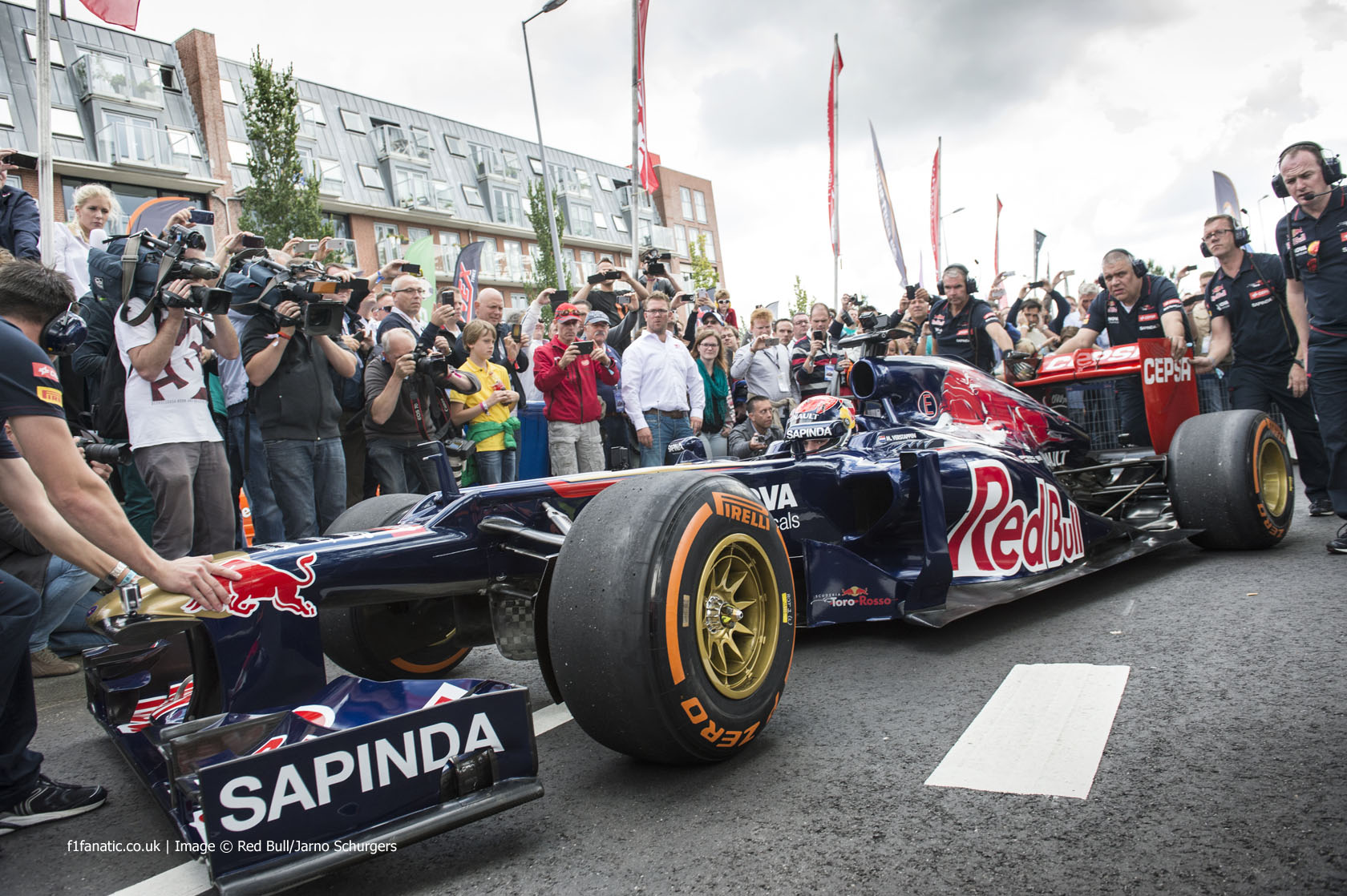 Max Verstappen should be given time to show what he can do in a Formula One car, according to Sebastian Vettel.

Verstappen, who turned 17 on Tuesday, will make his first appearance in an F1 race weekend for Toro Rosso in Friday’s first practice session. He will race for the team in 2015.

“Obviously he has only done half a year, three-quarters of a year in Formula Three,” said Vettel. “I think he’s got a remarkable record in go-karting. He has the potential but on the other hand you need to give him time, as much as he needs.”

Vettel said the fact the current generation of F1 cars are less physically demanding to drive had made it possible for younger racers to enter the sport.

“I think Formula One has changed a lot, especially this year,” he said, “it’s not a secret, cars go slower, different to drive [compared to] previous years probably a little bit more technical but less demanding in terms of the corner speeds that we are taking, especially on a track like this.”

“When I was 19, joining Formula One the first time of course you always feel ready,” he added. “You don’t say no if someone gives you the opportunity to race or drive a Formula One car.”

“But you have to take your time to get used to all the things, not just the car, but also working with the team which is completely different in Formula One to all the other categories.”

Vettel said he was not concerned about losing his records for being one of Formula One’s youngest achievers to a driver like Verstappen.

“I think records are there to be broken,” he said. “Obviously he starts quite a bit younger than all the rest of us.”

16 comments on “Give Verstappen time – Vettel”