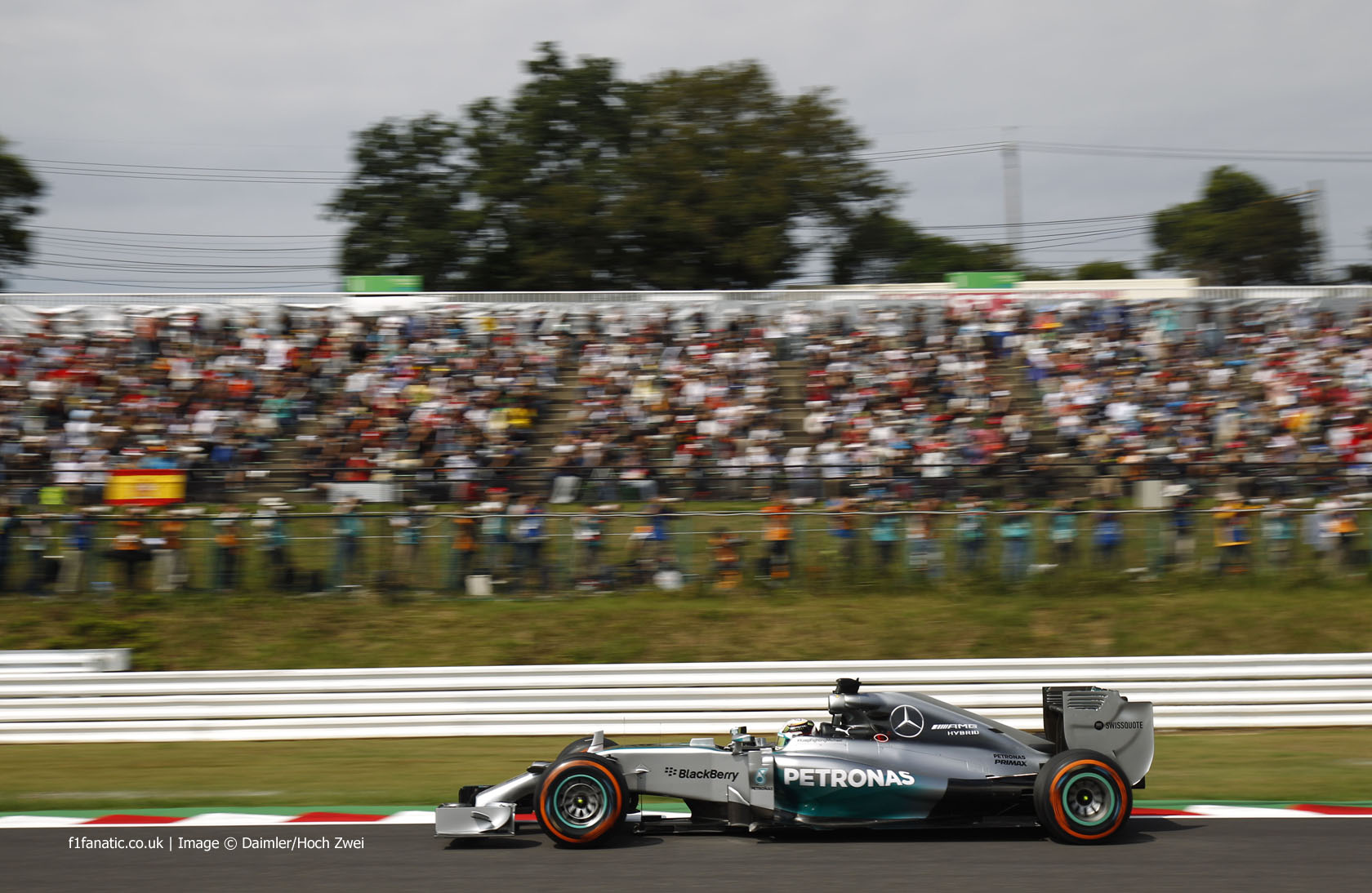 It was Mercedes one-two again in the second practice session but this time it was Lewis Hamilton who led the way.

The world championship leader had a lurid moment at Degner two after switching to the softer medium compound tyres. The W05 snapped sideways when Hamilton ran too far onto the kerb at the exit, but he kept them car out of the barriers and went on to set the fastest time of the session on his next run.

Nico Rosberg, who was quickest in the first practice session, fell short by less than a quarter of a second after locking a wheel at the chicane.

The closest driver to the Mercedes pair in the championship was one of several drivers to hit trouble during the session. Daniel Ricciardo lost control of his car at the exit of the chicane and skidded through the gravel trap into a barrier.

Although the marshals were quickly on the scene to recover the car they weren’t able to put it in a safe place and the session was briefly red-flagged so it could be moved.

Two other drivers had already run into problems by this point. Kamui Kobayashi, who hadn’t run in the first session for his home grand prix as Roberto Merhi was in his car, spun into the turn three barrier on his third lap.

Jean-Eric Vergne came to a stop on two occasions in the car which had failed at the end of first practice in Max Verstappen’s hands. The second time the Toro Rosso ground to a halt at the exit of Spoon Curve it forced another red flag which spelled an early end to the session.

Joining the drivers at the side of the track was Esteban Gutierrez, who spun his Sauber.

29 comments on “Hamilton quickest after Ricciardo and Kobayashi crash”