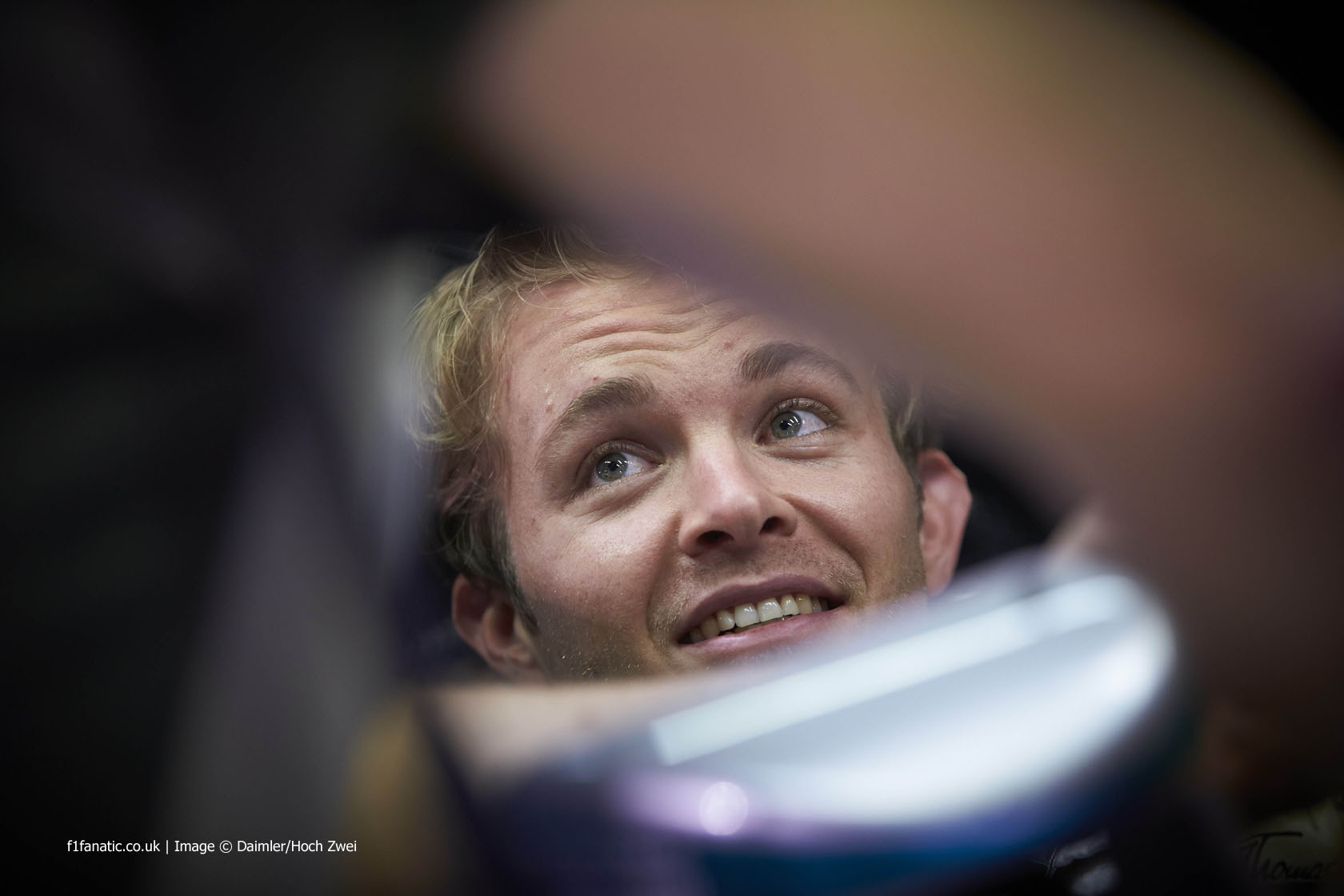 Mercedes were first and second as usual in the first practice session for the Japanese Grand Prix, with Nico Rosberg ahead by 15 hundredths of a second.

Rosberg had a similar margin over Lewis Hamilton on both their new-tyre runs during the session. Despite concerns the weather will soon take a sever turn for the worse, conditions remained dry throughout the 90 minutes of running.

Valtteri Bottas trailed the Mercedes pair initially in his Williams but was pegged back by Fernando Alonso. The Ferrari driver was confined to the pits towards the end of the session with a technical problem, but the sister car of Kimi Raikkonen made it two Ferraris in the top five.

Despite this being his first visit to Suzuka, and running wide at the Spoon Curve on one lap, Kevin Magnussen posted the sixth-fastest time. However he was concerned about a general lack of grip in his McLaren.

He was followed by Daniel Ricciardo’s Red Bull and then their two team mates. Daniil Kvyat completed the top ten for Toro Rosso.

Much attention was focused on the second STR9 belonging to Max Verstappen, the 17-year-old becoming the youngest driver every to participate in an official F1 session. His running was cut short six minutes from the end of the session when smoke from the rear of his car signalled an apparent Renault engine failure.

The other reserve driver on track during the session was Caterham’s Roberto Merhi, who finished 1.4s slower than Marcus Ericsson followig a spin at Spoon Curve.