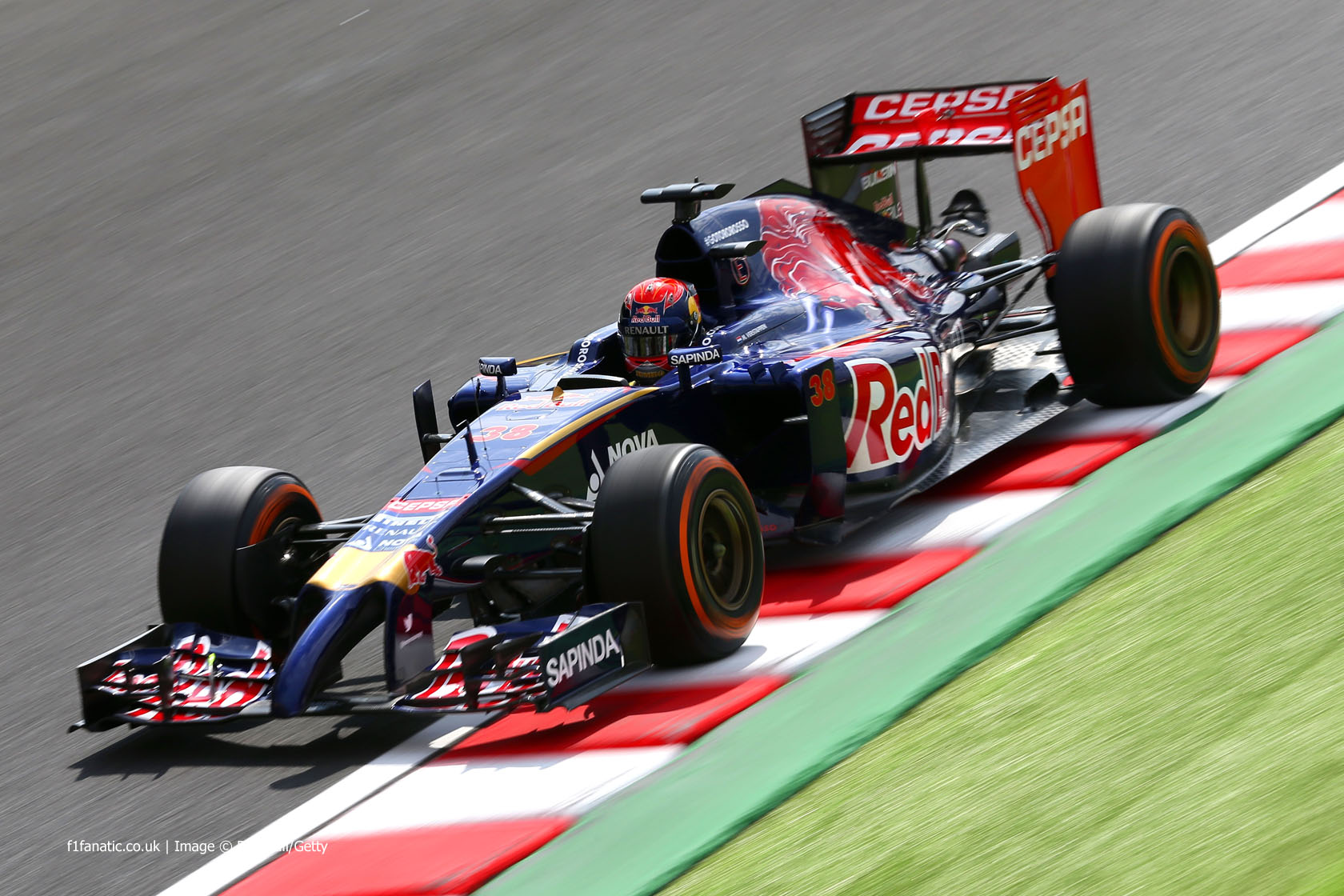 Max Verstappen said he left plenty in reserve when he made his F1 race weekend debut in today’s first practice session at Suzuka.

The Toro Rosso driver, who turned 17 on Tuesday, made history today by becoming the youngest ever driver to participate in a grand prix weekend. He did 22 laps in the team’s STR9 and was 0.443 seconds slower than team mate Daniil Kvyat when he was halted by a broken exhaust valve.

“Today for me it was all about getting experience in the car, especially on a difficult track like Suzuka,” said Verstappen.

“I was impressed with the engine power,” he added. “The car is bigger compared to the one I’m used to in Formula Three and there are a lot more things to think about while you’re driving, so I had to use some laps to get confident with such a different car.”

“I was not taking any risks and I drove within my limits for all the session, doing as much mileage as possible. I have to thank Red Bull and Scuderia Toro Rosso for giving me the possibility to be in the car already this year on Fridays and get well prepared for next year. I find myself very comfortable in this team and I like my working group.”

Verstappen will drive in all of the remaining first practice sessions except in Russia next week, as he will be competing in the European Formula Three championship at Imola.

19 comments on “Verstappen ‘drove within his limits’ on F1 debut”