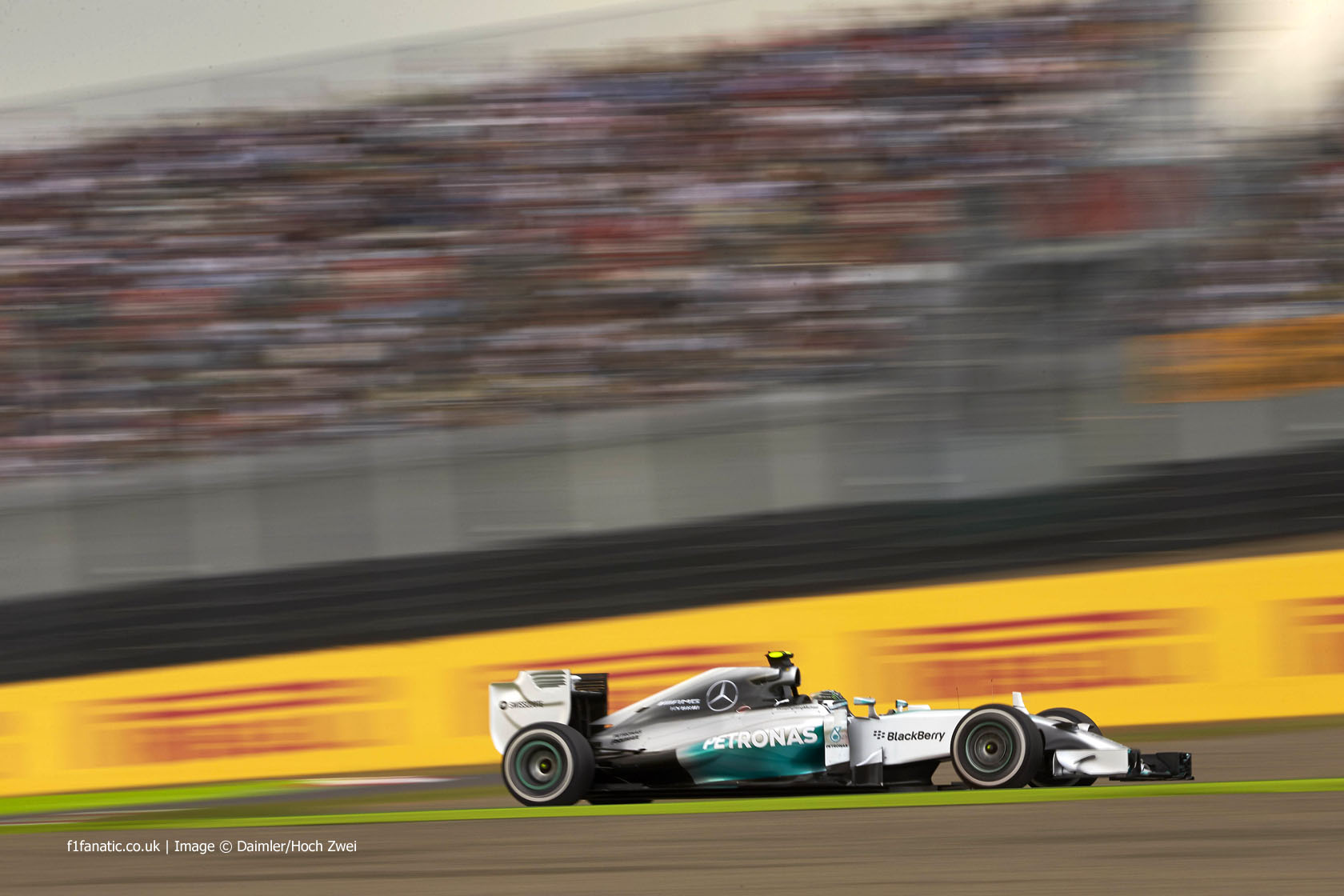 Nico Rosberg sustained Mercedes’ run of quickest times in practice at Suzuka, but his team mate was caught out by the unforgiving Japanese track.

Lewis Hamilton had just begun his first flying run on the softer medium tyres when he ran wide in the first corner. The Mercedes driver skidded across the gravel trap and crunched the front-left corner of his car against a barrier, leaving his team with a repair job before the crucial qualifying session.

Before the end of the session both Lotus drivers committed almost identical mistakes at the same corner. But the pair managed to stop their cars just short of the barrier and return to the track.

Despite Hamilton’s problems the two Mercedes drivers again posted the fastest times of the session. They were followed by Fernando Alonso’s Ferrari and Valtteri Bottas, who again demonstrated strong pace in his Williams.

Daniel Ricciardo avoided a repeat of his Friday crash and ended the session fifth-fastest. But this time it was his team mate in trouble – and not for the first time this year the cause was his power unit.

Following the shock news of his impending departure from Red Bull, Sebastian Vettel’s managed only two laps before heading to the garage, race engineer Guillaume Rocquelin telling him a software fix had failed to solve the glitch.

Kimi Raikkonen was also halted by problems on his Ferrari, and ended the session three places ahead of Vettel in 12th.