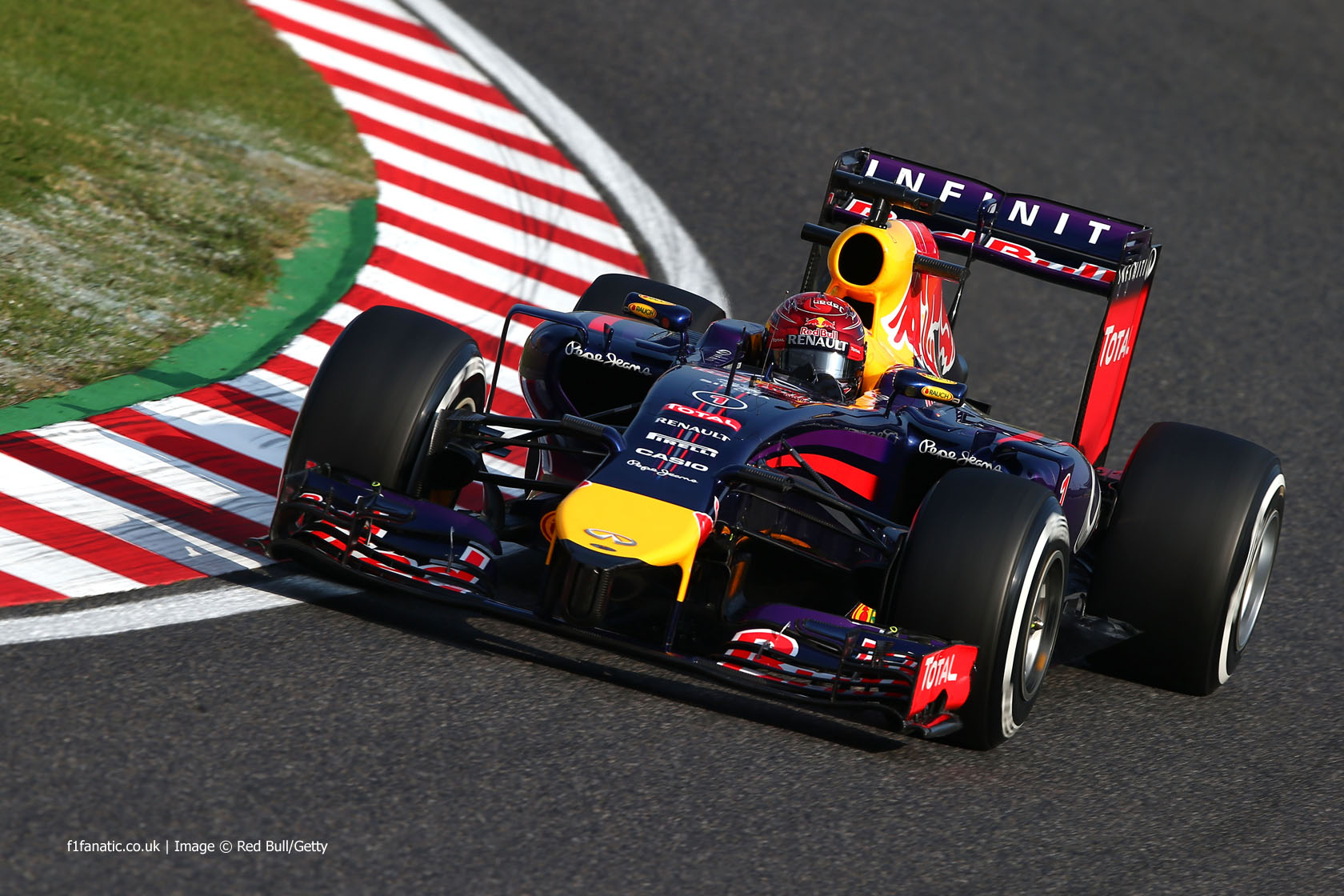 Sebastian Vettel says he is not leaving Red Bull because of the difficulties the team have experienced this year.

The team confirmed today Vettel will leave them at the end of the year. Having won the last four drivers’ championships with them, Vettel had not won a race so far in 2014.

However he told reporters at Suzuka his decision “has nothing to do with the results we had this year”.

“It’s more the fact that I felt ready and I thought the time is right to start something new,” Vettel explained.

He said the decision to leave Red Bull, who had supported his career for years before he reached F1, was “very tough”.

“It’s not that I’m unhappy,” said Vettel, “obviously I enjoyed every race I had there. We had an incredible run the last five or six years.”

“Obviously this year was not the way we’re hoping for but still it’s part of racing, part of life, and I’m leaving a very, very happy place – that’s why it’s always difficult.

“But at some point in your life I think you feel you want to do something new, something different. That voice kept growing and led me to decide to leave Red Bull and go and start a new chapter.”

Vettel, who is widely rumoured to be heading to Ferrari, said he cannot confirm who he will be driving for next year. “But I think I will announce very soon,” he said.

“Obviously I’m hoping for the very best,” he added. “I have a lot of hope otherwise you wouldn’t make such a tough decision to leave a happy place, to leave people that you like and face such difficult consequences as tell them that you’re leaving.”

“So obviously I’m full of hope and full of faith that anywhere I go, I will succeed.”