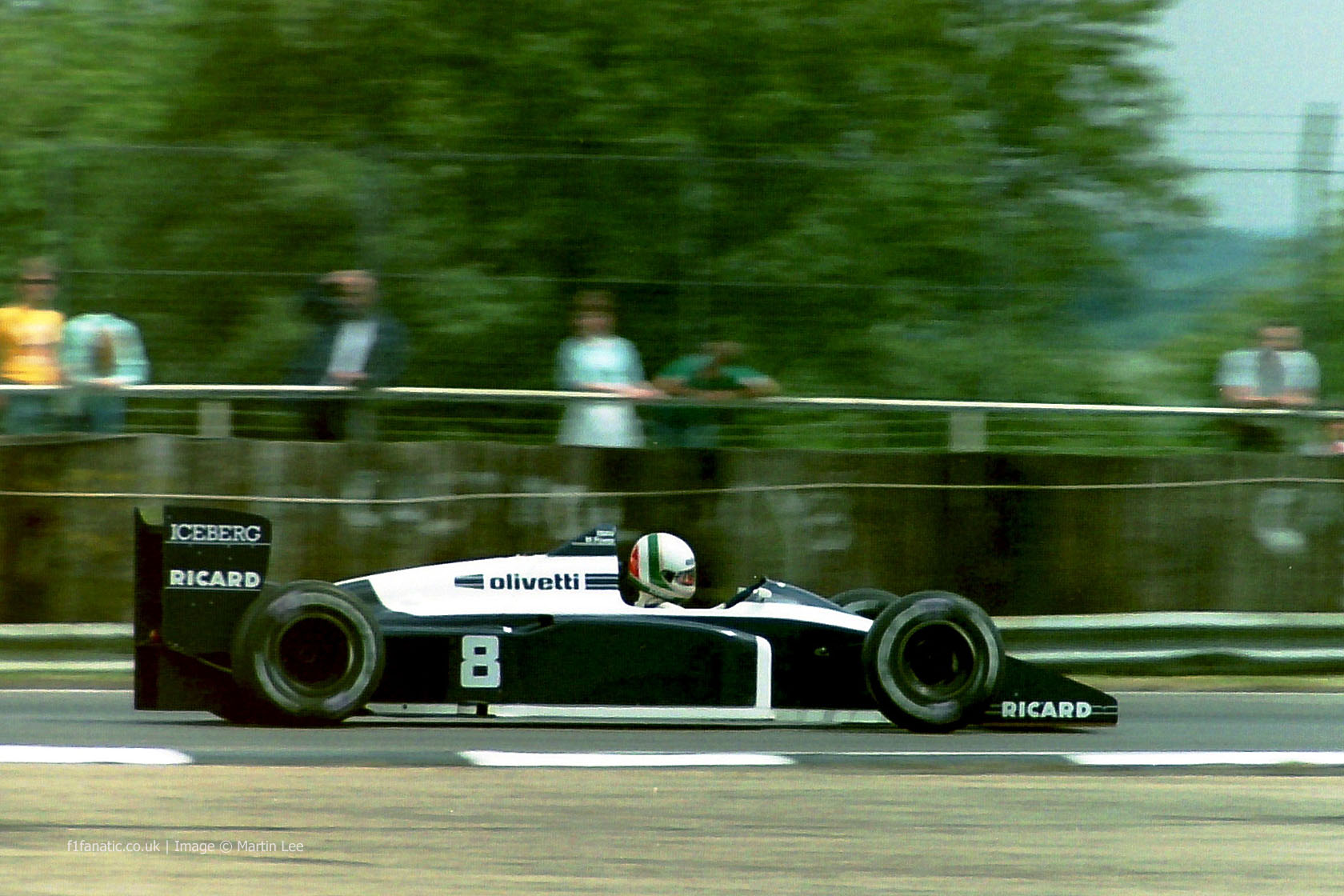 In the round-up: Andrea de Cesaris, one of the most experienced F1 drivers ever, has died at the age of 55.

“Former Formula 1 driver Andrea De Cesaris has died at the age of 55. The Italian was killed in a motorbike accident in Rome, the official F1 website confirmed. He started 208 races in his Formula 1 career between 1980 and 1994, but never won a Grand Prix, a record for the most races without a win.”

Lauda says FIA did nothing wrong in Japan (Autosport)

Niki Lauda: “You cannot say anything was done wrong. It was started in the most sensible way and this is what they did. But they could have started earlier. There is no question about it. It was foreseeable, we could have started the race at 1pm.”

Stewart: “It’s 20 years five months and four days since anyone lost their life. No other sport, be it equestrian, rugby, mountain climbing or motorcycling, has a package of measures better than F1. However in the back of every ticket it says motor racing is dangerous and there will be incident where there is a slip or an extaordinary set of circumstances.”

What lessons can F1 learn from Japan crash? (BBC)

“The inquest into what went wrong, and how such an incident can be avoided in the future, has already started, and it will be long and detailed. Although there was a lot of debate over the Japanese Grand Prix weekend about the timing of the race, with typhoon Phanfone approaching the mainland, the fact it was wet was only a circumstantial factor.”

“Why was Bianchi taken in an ambulance, not a helicopter? Unfortunately, the FIA were unable to fully answer this question, but it seemed to be a combination of the weather and the fact that there was nowhere to land at the Mie General Hospital, less than 10 miles away.”

Nico Rosberg: “I struggled a lot with the balance of my car on the intermediate tires, so I had to push hard to keep Lewis behind me. I had a lot of oversteering which is why the rear end of my car was very nervous. It meant that Lewis was quicker today and deserved the win.”

Fernando Alonso: “My car switched down the power, I don’t know what happened. The electricity went, maybe some water in to some connectors or something and it switched off the car completely and it was impossible to start again.”

Dennis: “None of our drivers are signed for 2015. We want the most competitive drivers available and I’ve talked to every driver at the top-end of the pitlane.”

Thoughts are with Jules! Really hope you get trough this well! #ForzaJules

Get well Jules!! You can do it!! #ForzaJules

People rant on about how modern F1 cars are easy to drive these days, well today we learnt that really is bullshit.

A long, tough & difficult day in the @bbcf1 office. Credit to #FOM for avoiding unnecessary coverage of @Jules_Bianchi accident.#ForzaJules

@OskariSaari L'Equipe used my tweet, a translation of you quoting Salo, on their main story. So much for sources… https://t.co/QunnhrUt1d

RIP De Cesaris. Our thoughts are with the family of Andrea.

Our condolences to the family & friends of former F1 driver Andrea De Cesaris, who passed away in a tragic accident. Sad day for the sport.

.@ScarbsF1 Teams and media being advised that all vehicles will be subject to 'thorough' searches resulting in long delays and congestion

After one of the darkest days for Formula 1 in recent memory, @Pjsqueak offers some considered words of reflection.

A while ago after Kimi’s crash Lauda was wondering whether it was worth delaying the race for the barrier to be fixed. His thinking was that nobody else would go off *there*. Maybe we need more safety first, perhaps yellow flags should mean pit lane speeds.

As well as wishing that Jules can recover from this incident I hope that F1 can review safety to make sure this does not happen again.
@Pjsqueak

A crash which claimed the life of Helmuth Koinigg at the United States Grand Prix 40 years ago today cast a shadow over a three-way scrap for the championship which was won by Emerson Fittipaldi.

The Lotus driver which fourth but neither race winner Carlos Reutemann nor podium finishers Carlos Pace and James Hunt were among Fittipaldi’s rivals for the title.