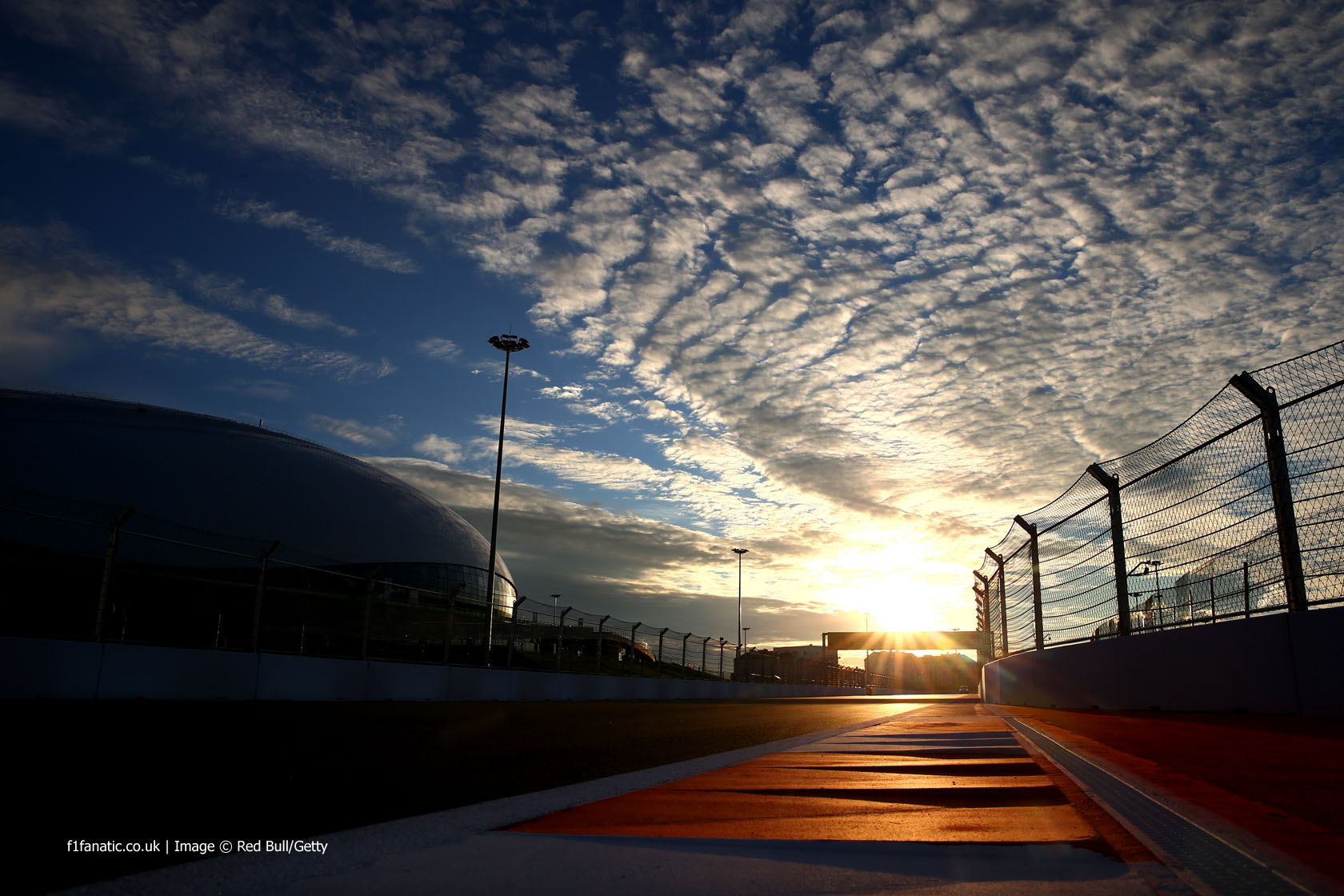 Covering 17 million square kilometres, the Russian Federation is the largest country in the world by geographical area. This vast expanse covers a mixture of climates and Sochi, the scene of this weekend’s race, does not experience the bitterly cold temperatures other parts of Russia are famous for.

That perhaps makes it a more fitting venue for a grand prix than the Winter Olympics which were held on the same site in February. Even in winter Sochi’s average minimum temperatures stay above freezing.

By October the average temperatures tend to be in the mid-to-high teens with highs of around 21C. But for the inaugural Russian Grand Prix the weather looks set to do a little better than that.

Sunny skies during Friday’s practice session will bring temperatures of up to 22C, and more of the same on Saturday should see the mercury hit 24C. Sunday is likely to be as warm again, though cloud cover will begin to form ahead of the race start time.

Unlike at Suzuka, dimming light should not be a problem. Sunday’s race starts at 3pm local time with sunset expected at 6:43pm.