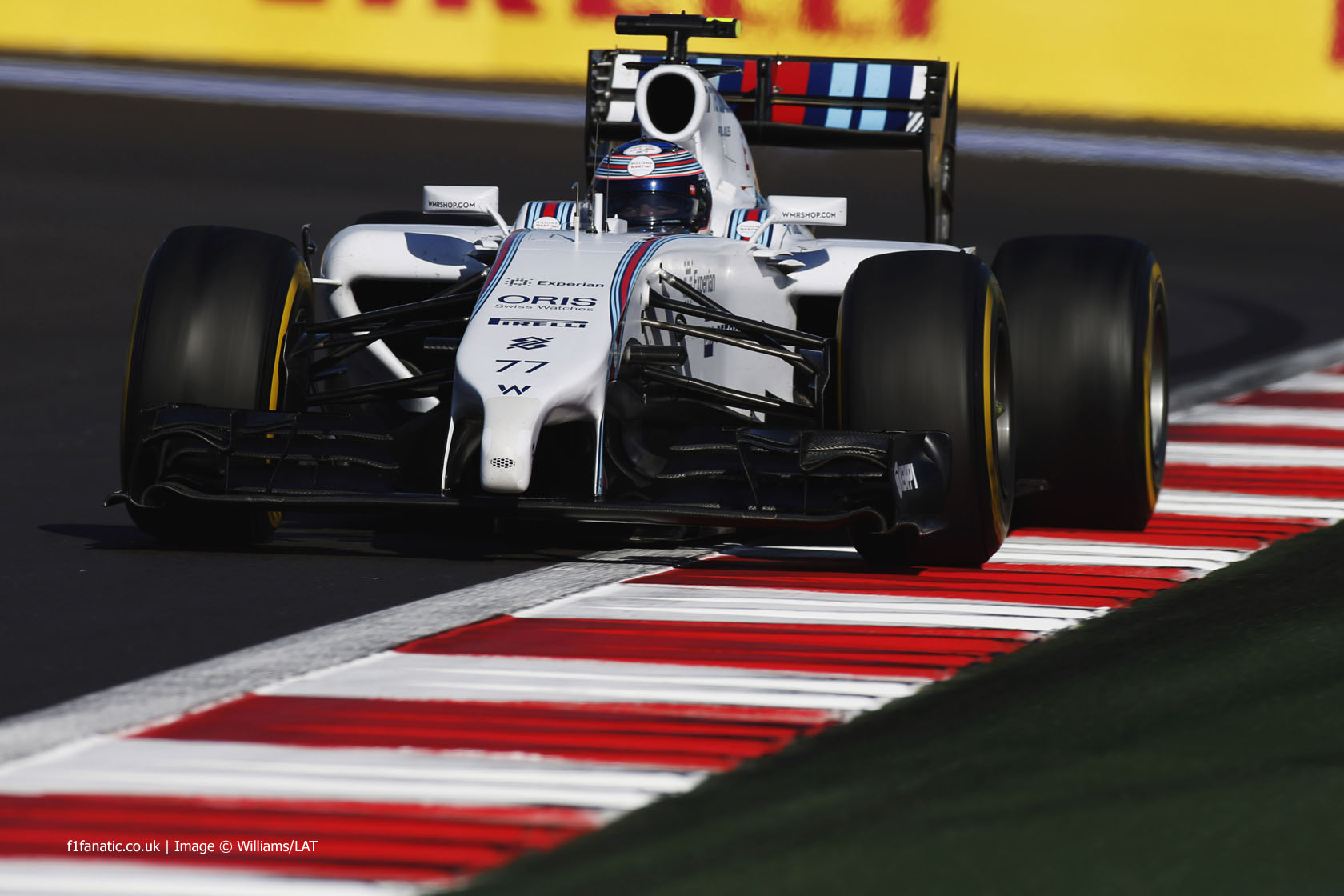 Valtteri Bottas doubts he would have been able to take pole position despite coming close to doing so on his final run in qualifying.

The Williams driver had gone quickest of all through the first two sectors but made a mistake in the final two corners which left him third on the grid behind the Mercedes drivers.

“It’s not nice to make a mistake but I think in the end today it maybe cost one place maximum,” said Bottas.

“I didn’t know at that time it was close to the pole,” he explained. “I only knew how it was compared to my best lap, which was the previous lap, which was not bad.”

Bottas explained he was running out of grip towards the end of his run. “Maybe looking back I took maybe a bit too much out of the tyres in the beginning of the lap and the last sector became a bit more tricky.”

“As I was gaining time compared to my best, towards the end it became a bit more difficult in the last few corners and then I risked it a bit too much in the last two corners.

“Went a little bit wide and here when you go off-line it’s really slippery, like everyone saw. And that was it.”