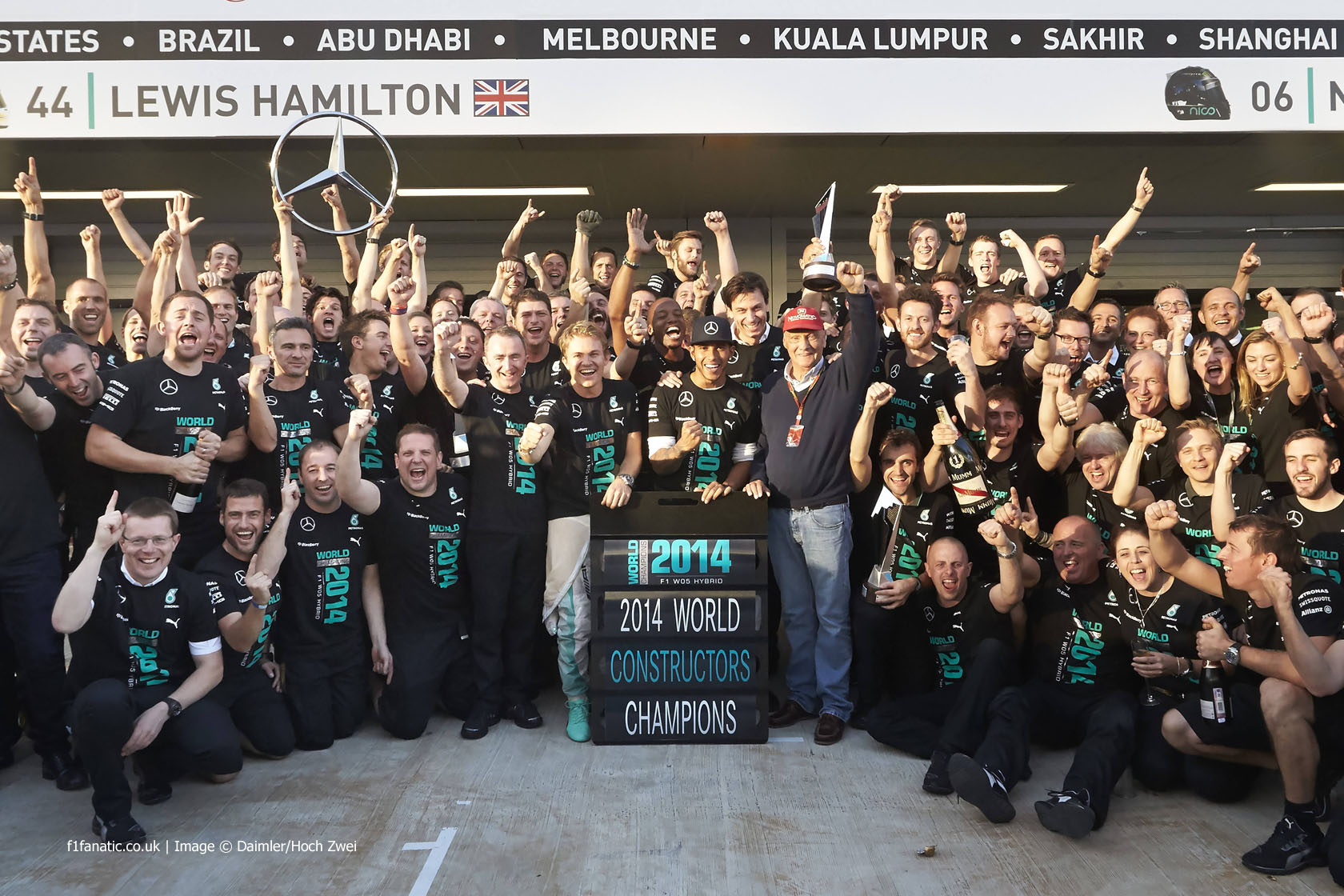 Mercedes have won the 2014 Formula One constructors’ championship following their one-two finish in the Russian Grand Prix.

Lewis Hamilton gave the team their 13th victory of the season, while team mate Nico Rosberg made it a one-two for the team.

It is the first time Mercedes have won the title, which was first awarded in 1958, three years after their first Formula One team left the sport. However the Brackley-based team previously won the championship in 2009, as Brawn GP.

“We are split in two today, celebrating a moment that we have worked so hard for, but this will never take away the sadness at the events of last weekend.

“Looking at this achievement, it’s incredible: I have to pinch myself that we are now part of Mercedes-Benz history. Today, our team won the first ever Formula One constructors’ title for Mercedes-Benz and I feel proud and honoured to be part of this group.”

Wolff also gave credit to former team principal Ross Brawn, who stepped down from the role before the beginning of this season.

“The foundations of this success were built by Ross and he played such an important role in the team to prepare this success,” said Wolff.

“We have been able to continue that work, making the right decisions, putting the right resources in place and putting the team on an upward slope; today’s achievement is the result of that. Well done to every single member of the team in the UK and Germany for this world championship.

“Of course, the focus will now shift to the battle for the drivers’ title and this will stay as intense as ever for the final three races. We have a healthy lead over [Daniel] Ricciardo in third place but nothing will change in our approach: we want Lewis and Nico to race each other hard and respectfully, as they have done so far this year.

“They have both made a massive contribution to our success and huge credit goes to both of them for the constructors’ title today. ”