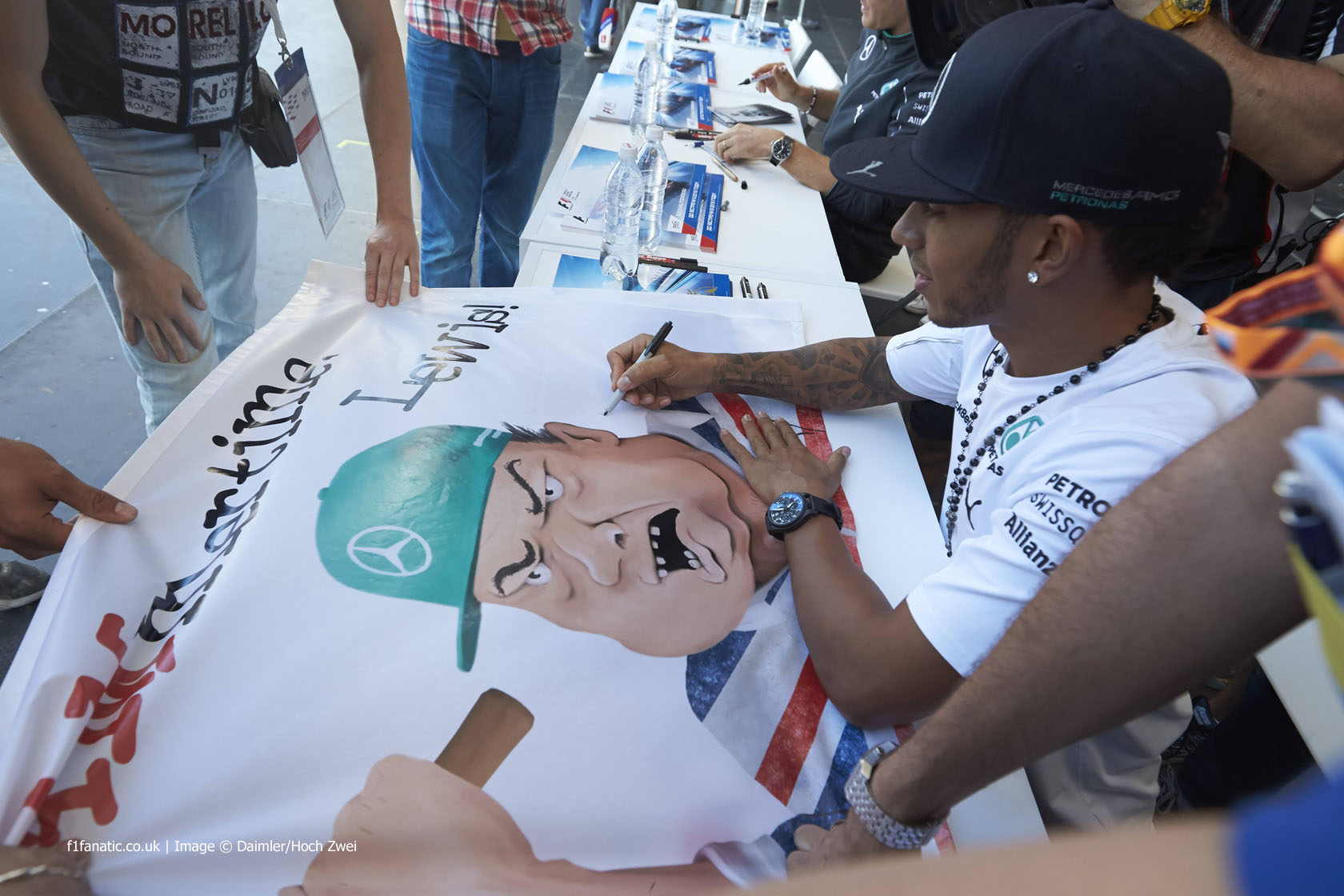 Championship leader Lewis Hamilton received this unusual banner to sign during the last round of the championship in Russia.